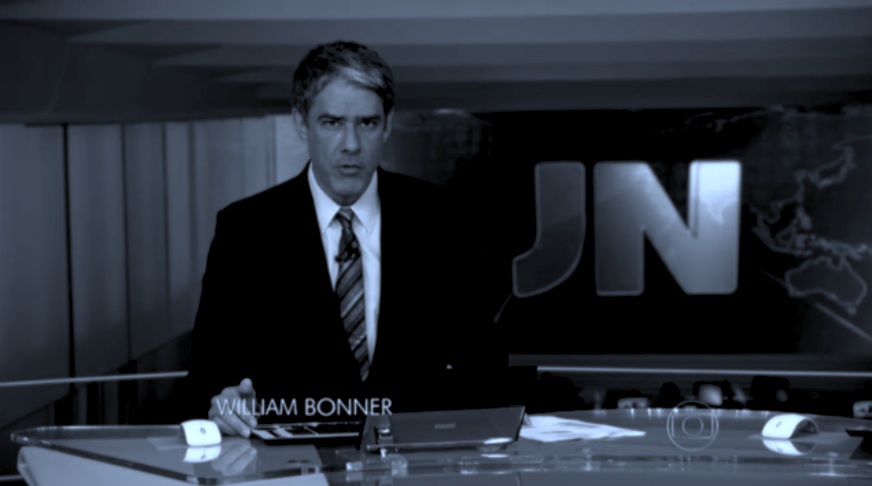 The situation in Brasil at the time of publication is extremely complicated & fluid but to better understand it, it needs to be broken down into its related component parts. This article will be updated with significant developments.

At the core of this unrest is that the losing side never properly accepted defeat at in the 2014 Presidential elections. This is despite most other polls that took place that day – Congress, Senate, and many of the powerful State Governments such as São Paulo, moving much further towards Conservative consolidation. Dilma & PT maintained the executive but with massive concessions to the Centre-Right, “ideology-free” PMDB.

The 2014 Presidential Election was certainly closer than previous ones, but the zombie narrative that it was a “razor thin” victory by Rousseff, does not withstand scrutiny – her margin of victory was equivalent to Barack Obama’s over Mitt Romney. The mood amongst those on the losing side was that it was inevitable and just that the elections be re-run, requiring the impeachment or resignation of Rousseff. Thus it became as one journalist put it: “A penalty looking for a crime”.

But this is not only about 2014 – former President Lula is planning a 2018 run for the Presidency, and the Conservative establishment is seemingly committed to preventing that happening, by any means necessary.

Brasil’s Right-Wing does not only want the ouster of Dilma Rousseff, it seeks the absolute extinction of the Worker’s Party as a political force. This is essentially the same war between emerging classes against old power & privilege that there has always been.

In the past weeks people have warned of overreach, unconstitutional and politically motivated actions by Judge Moro’s anti-corruption probe Lava Jato (or Car Wash). This has included what was called unnecessary detainment, documents leaked to the press, and an apparent focus on the Workers Party (PT) of President Dilma Rousseff, despite there being more politicians implicated elsewhere. The first high profile investigation of an opposition PSDB politician came to light on the morning of 16/3, ironically that of Aecio Neves, defeated 2014 Presidential candidate.

Lava Jato is similar in conception to Italy’s Mani-Pulite (Or Clean Hands) in the 1990s. This is no coincidence, Sergio Moro himself wrote a lengthy paper in 2004 outlining the considerations from Mani Pulite on what would become Lava Jato. It was the inspiration for Lava Jato. When Lava Jato and Mani Pulite are compared in Brazilian media, it is with the misconception that the latter was a success, when it destroyed Italy’s post war political order and enabled the rise of Silvio Berlusconi. One Italian journalist described “20 years wasted” as a result of Mani Pulite.

An important aspect of Lava Jato is how it works hand in hand with the media, some have called it a trial by media.

Some Lawyers believe that the recording of Rousseff’s call and leak to Media was a constitutional crime which could de-rail Operation Lava Jato altogether.

Following high profile pursuit and what many saw as unnecessary coercive custody of her predecessor in Lava Jato, President Rousseff finally invited him to become her new Chief of Staff. Lula’s ability to cut deals, as a master negotiator is something recognised by his supporters and opponents alike. Even some of his staunchest opponents in the PSDB opposition criticised his detainment as unnecessary, and a risk to Lava Jato itself.

A new ministerial position would mean that any further legal pursuit must be carried out at the Supreme Court, but the rumour circulated that he would now be “immune” from prosecution. This is false, but his appointment has inflamed traditional opponents, helped along by increasingly bizarre demonisations on the cover of popular Veja magazine.

A ministerial position for Lula has been on the cards for months.But there is a law called Ficha Limpa, which bars people under investigation from running for office. So, it’s assumed the motivation of São Paulo prosecutors – aligned to PSDB – who following his detainment by Policia Federal for questioning, then sought his arrest without solid legal grounds, were doing so to end his 2018 as he would have been under investigation. They later passed the case on to Sergio Moro’s Lava Jato.

So although there’s almost certainly an element of avoiding “the law”, it is in this case because “the law” is being used as a political tool by his opponents.

To call his appointment to Chief of Staff a “Counter-Coup” requires acknowledgement that Lava Jato and its media campaign are functioning parts of a Coup in progress. Coup is a word foreign media in particular have been extremely reluctant to use, yet half of Brasil has been using the Portuguese equivalent “Golpe” for the past year, and now more than ever. Many are comparing the current situation to the events that preceded the Coup of 1964.

At time of publication a Federal Judge has tried to suspend Lula’s nomination to Chief of Staff as a “threat to Judicial Power”. The Judge concerned is said to be aligned with the opposition, and photographs of him on Anti-Dilma demonstrations have gone viral.

Brasil’s media, in particular the all powerful Globo TV are historically not only Anti-Workers Party, but supported the Military Dictatorship. A Reporters without frontiers paper called Brasil “A Country of 30 Berlusconis”.

Much of what is read outside reflects internal bias combined with the interests of international capital.

As the real Economic situation & perception has worsened, exacerbated by Lava Jato, this contradiction has been invisible in the media.

The media have been guilty, not only of elevating Lava Jato Judge Sergio Moro to godlike status, and of Lava Jato itself to the level of a new essentialist myth, a necessary stage of national development, exempt from criticism.

What has happened, as explained by Professor Jesse Souza, is that the Judiciary have in fact entered the position of higher moderating force, above politics, once occupied by the Military, and before that the Monarchy. The media have enabled this.

On 16/3 Globo News, and in particular its flagship Jornal National went into overdrive, having had audio of a wiretapped phonecall between Lula & Dilma leaked to it from Lava Jato prosecutors. The audio seemingly, but requiring verication, taken from President Rousseff’s own phoneline, itself a crime against the constitution. What followed was effectively a call to the streets, the content of the call didn’t seem to have much importance. The hysterical indignation switch is easily triggered these days.

Journalist Glenn Greenwald, resident in Brasil, described how “The Jornal Nacional show tonight – where they re-enacted the dialogue like a novela – was really quite something.”

A day earlier, actor Wagner Moura, star of ‘Narcos’, ‘Elysium’ and ‘Tropa de Elite’, on his Facebook page posted a video where he expressed concern about the “Media Circus” and “Political Agenda” of the Judiciary.

He also added “The press, of course, if we look back, were all involved in the coup of ’64.”

The telegenic protests of June 2013 began as a movement for fairer public transport, gathered various other “Left wing” demands before being attacked by the opposition controlled São Paulo Military Police and which was the actual catalyst for it exploding into something enormous. Just days later the mood had changed and the original protagonists had gone home – the slogans had changed and It had mutated into something of the right wing, with far-right elements.

The opposition sought to take full advantage, and the period did succeed in a destabilisation and weakening of the sitting Government, divisions on the left and so on.

The current demonstrations are aesthetically similar to the latter stage of June 2013, but are very well organised. Signified by the patriotic symbols, football shirts and flags, they began following the 2014 election, small in number, before being boosted both by a concerted media campaign, and also foreign-funded organisations. After low numbers in late 2015, March 2016 was their biggest yet. These protests have focussed on the Impeachment of Dilma Rousseff but also with some far-right demands, such as Military intervention. Present also is a cold-war style anti-communist paranoia.

It should also be noted that many on the Right consider the Coup of 1964 to have been a “Revolution” which “saved Brasil from Communism”.

13/3/16 was notable in that it featured the first instances of PSDB politicians such as their erstwhile hero Aecio Neves being jeered by demonstrators, indicating a general rejection of politics.

Brasil has always had a political polarisation with moments of consensus. However, the poisonous public mood in recent times is being shaped by new channels of propaganda.

Daily incitement has resulted in aggression towards those perceived to be “Of the Left”, such as happened last night on São Paulo’s Avenida Paulista, or anyone wearing Red as is happening today in Brasilia. Perversely some foreign media, such as The Economist have been intent on portraying the Organised Left as the potential source of violence.

Concurrently there have been Anti-Coup demonstrations (1,2,3) that the media have completely ignored, which through 2015 grew bigger than their right-wing counterparts.

There will be another nationwide, explicitly Anti-Coup demonstration, organised by various Social Movements, Left Parties & Trade Unions on 18/3.

In São Paulo the assembly point will be Avenida Paulista. State Governor Geraldo Alckmin has permitted Anti-Government counter-protests, having outlawed them on 13/3. His Military Police also allowed a small camp of tents set up by Anti-Government protesters to remain on Paulista overnight, raising threat of confrontation.

As discussed in this piece a year ago, media coverage prior, during and after of Right & Left protests couldn’t be more different. The same goes for Policing – this video from 13/3 of a female protester escaping encounter with a brand new Israeli-built Choque vehicle without Police retaliation is in stark contrast to how Left-wing protests are policed by Sao Paulo’s opposition controlled PMSP.