Losing elections isn’t easy, and Brasil’s anti-communist paranoia is almost as old as communism itself, but in 2014, the decades-old fantasy of a Marxist takeover of the country is being amplified by a small fringe of Brasil’s right.

They have their mentor in astrologer & ultra-conservative philosopher Olavo de Carvalho, who is based in Richmond, Virginia. Their principal bogeymen are Foro do São Paulo, a socialist inter-governmental think tank, which they cite as if secretly planning to implement communism across the continent, and the Mais Médicos programme, which imported foreign doctors, many of whom are Cuban, to boost healthcare provision in areas where Brazilian doctors were reluctant to base, has been preposterously portrayed as “cover for creation of a Guerilla army”.

Firstly, it is crucial to understand the basic reality that governing PT is very much a Centre-Left party, in an originally reluctant but pragmatic coalition with Centrists and Conservative elements to give strength to its platform. It is not, nor has it has never been a communist party, it was in fact created by working class trade unionists, progressive intellectuals, artists and Catholic Liberation Theologists. The Workers’ Party has never been aligned to any international communist organisation.

Like all political parties the PT is a coalition of internal factions, some being more leftist in character than others. But the prevailing faction (Tendência) of the governing core of the party, including former President Luiz Inácio Lula da Silva, is the democratic-popular Articulação.

It needs to be remembered that as a party with it’s roots in the struggle for workers rights in Brasil, the PT has never been motivated by the overthrow of capitalism, but simply increasing the living conditions of working people. Trade Unionism in Brasil has a long history of Corporatism that dates back to at first dictator, and then democratically elected President, Getúlio Vargas. The PT’s main historical antagonism with Brasil’s Right was the founding members’ participation in the Diretas Já social movement of the 1980s, and mass strike action, both of which significantly weakened the dictatorship’s position.

PT uses a strong, sometimes tongue-in-cheek Socialist Realist aesthetic, to appeal to the young activist and older, traditional left. But in terms of actual policy it is Social Democratic and since coming into government in 2002, has maintained a balance between social & capital interest. 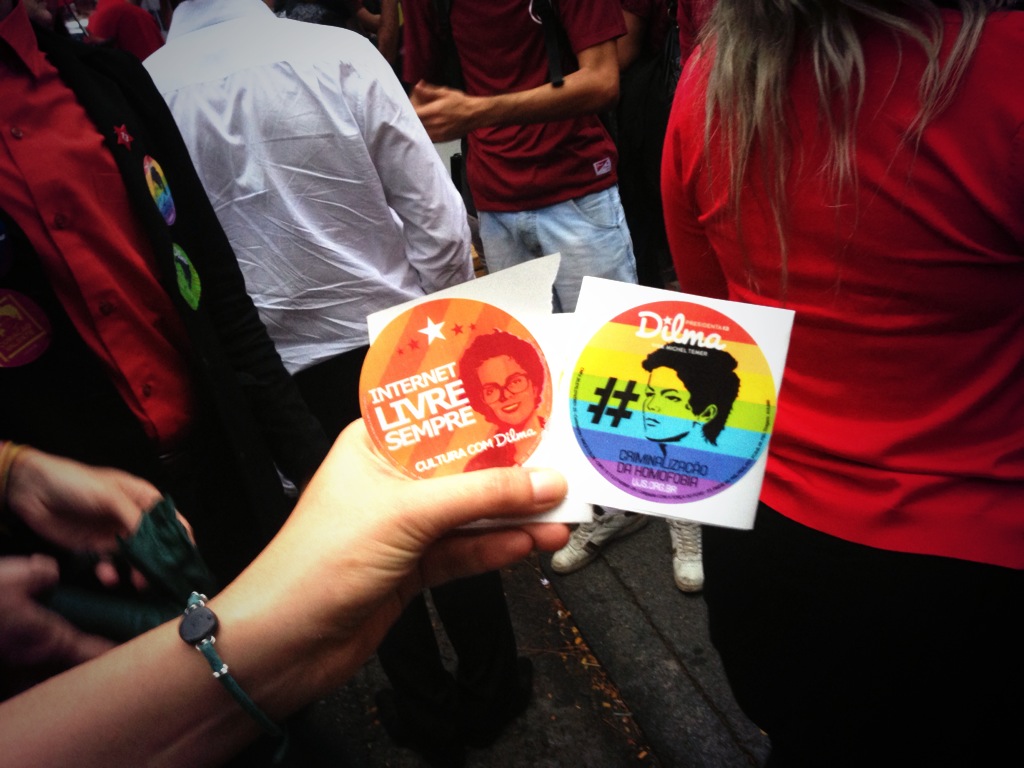 In their youth, many of its future members were indeed radicals, and were deported, or arrested & tortured for their activism & opposition to dictatorship, yet that is something shared with many politicians of different parties, including future PSDB founders former President Fernando Henrique Cardoso & former Presidential candidate, São Paulo State Governor and current Senator, José Serra. Dilma Rousseff herself calls her own experience “typical of that 1968 generation”, but “Former Marxist Guerilla” makes a better headline than “Developmentalist technocrat” – her history as a career public servant, prior to presidency, was encouraging increased private sector involvement in the economy.

PSDB and PT were originally so close that in 1989 they considered running on a single platform, and their patrons – former presidents Lula da Silva & Fernando Henrique Cardoso (Pictured with Lula below), are old friends, Lula having been an early backer of FHC’s senate career in São Paulo, subsequently chronicled in Cardoso’s memoirs The Accidental President of Brazil. 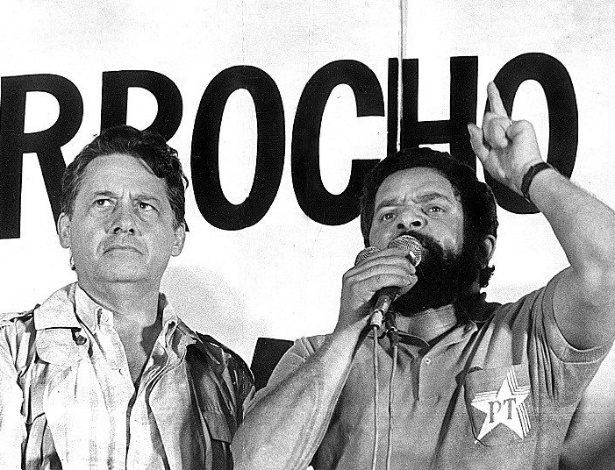 An example of the current post-election climate is a petition posted on the whitehouse.gov site (not the first) which brings the red scare to DC, referring to a phantom “Bolivarian Communist Expansion” in Brasil.

After winning its 4th successive election, a fringe of defeated opposition are calling this government a “dictatorship” & there is also a pervasive mis-portrayal of PT’s support belonging solely to the poor North East & recipients of welfare programmes.

This has spilled over into a revival of separatistm in the south, particularly in the wealthy state of São Paulo. These sentiments, and a general anti-communist hysteria, have been stoked for decades by right-wing news magazine Veja, which permeates to some extent into the broader media. Regular columnist, 1980s Rock Musician Lobão, threatened to abandon Brasil for Miami, should PT win the election, which is longstanding & common rhetoric.

For 12 years this toxic strategy has failed to deliver an election win, but it has succeeded in misleading and distorting discourse, promoting fear & hatred amongst Brazilians, and dividing regions, cities, friends and even families.