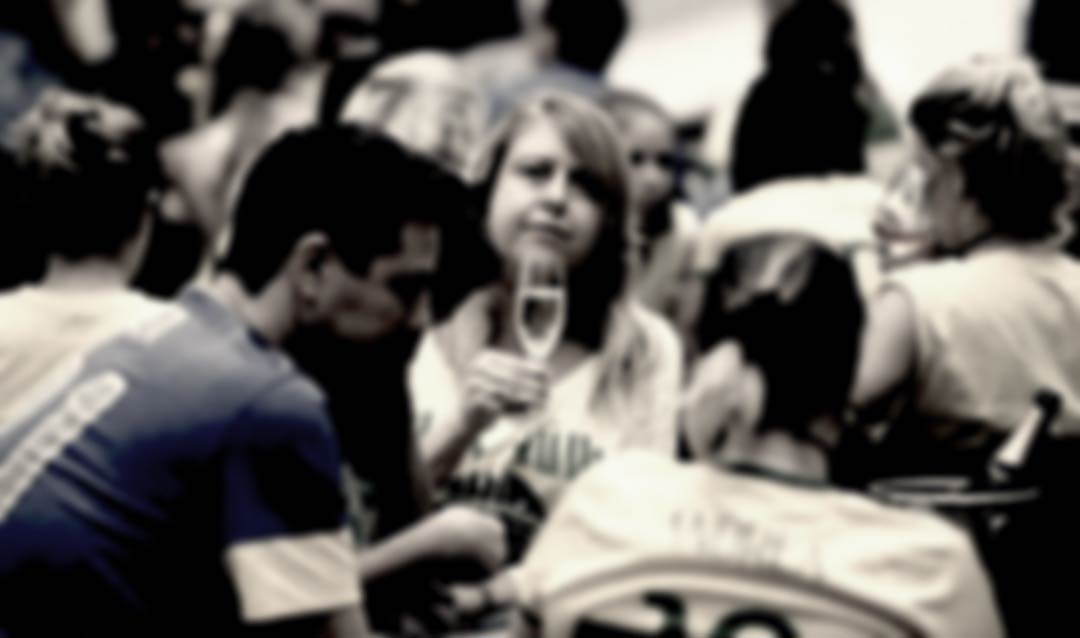 At the March 13 Anti-Government protest, PSDB Opposition Politicians, São Paulo State Governor Geraldo Alckmin & defeated 2014 Presidential Candidate Aécio Neves, can surely only have expected a heroes welcome on Avenida Paulista. Their actually hostile reception from some demonstrators is a sign that the popular anti-corruption movement their side helped create & sought to exploit electorally is now slipping out of their control. Where once the corruption was only seen on the other side, the growing mood is now anti-politics in general and while some applauded this as a new bi-partisan awareness, in current circumstances it may also be another step down a dangerous road.

Neves, Senator and former Governor of Minas Gerais, has been allegedly cited up to 5 times in Lava Jato testimony but has so far not been further investigated, leading to accusations of Political Motivation. Meanwhile Alckmin’s State Government has a succession of archived corruption scandals – ranging from massive financial irregularities relating to the Metro System, to the latest “Merenda” or School Meals scandal.

The protesters perception of them as also “Corrupt” took many by surprise and indicated a shift in mood. One of the biggest criticisms of Lava Jato, in its Judicial & Mediatic guises has been selective prosecution & indignation accordingly. PSDB were always portrayed by this movement as the clean, “rightful winners” of the 2014 election.

Yet these “No Parties“, “My Party Is My Country” or “Neither Right, Nor Left” slogans are not novel. They were not novel in June 2013, nor in any election campaigns of the past where they were deployed such as in 1989, by soon to be impeached President Fernando Collor. These slogans are frequently used to dress up Conservative standpoints in youthful outfits, and similar rhetoric has been historically associated with Far-Right movements elsewhere in the world. The vacuum left by “No Parties” in a capitalist democracy is often just an open door for Populist Saviours such as Silvio Berlusconi.

There is some concern the current climate of anti-politics is the route to Fascism – also a reflection of what is happening in the United States & elsewhere. In a country barely 30 years out of Military Dictatorship, this is provoking genuine fear. And vocal support for Bolsonaro would appear to justify that fear. They say a country is only ever a crisis away from Fascism, and despite appearing like the cartoon villain, at present Bolsonaro represents that threat – even though his most generous polling puts him on around 6% for the 2018 election.

A feature of these demonstrations for the past year has been that Jair Bolsonaro plays the role of pin-up for certainly not all, but many Anti-Dilma Rousseff protesters.

This adulation sits extremely uncomfortably with his Political views.

The Intercept’s Glenn Greenwald and Andrew Fishman penned this profile, with various examples of Bolsonaro’s abhorrent behaviour, including a repeated rape-threat against PT Congresswoman, Maria do Rosário.

This video of an interview with Bolsonaro carried out by actress Ellen Page on the subject of Homophobia is a demonstration of his backward ultra-conservative worldview.

Another hypothetical scenario is the transformation of Lava Jato prosecutor Sergio Moro into an actual 2018 Presidential Candidate either for PSDB, to which he is already affiliated, and for whom his partner works, or even at a push for the recently formed Neoliberal (Or even Libertarian) Partido Novo.

Moro for President is already a social media campaign, but if there is any real substance to it is unknown. However, one poll gave him 17% certain voters and 51% maybes in a hypothetical presidential contest. Therefore you would be forgiven for imagining that the opposition parties may have at least considered the possibility.

And certainly many of 13/3’s protesters would vote for Moro in an election if they could. Ask them what his policies would be and you would be extremely lucky to get any answer beyond “No Corruption”.

As one Social Media Commentator put it: “Beautiful, marvellous, we already understand that everyone is against corruption and wants to imprison Lula, Cunha, FHC, Aecio, Renan and whoever else gets convicted (by justice, not by public opinion), on the basis of evidence. With that I think we have a consensus (or not?). But in the hypothetical scenario of all Corrupt Politicians being arrested (???), And then? Our lives don’t stop, society have to keep deciding its destiny on a daily basis. What do we think of fiscal adjustment? Interest on the public debt? Funding of the Public Health System? Tax Reform? Indigenous policy? Agrarian Reform (or the absence of this)? Policy for toxic agricultural chemicals? The policy for family farming and eco-farming? Urban Mobility? Of Religious intolerance and gender violence? It is not enough for public opinion to agree on which political group is more or less criminal. It is not possible and not helpful.”

Joaquim Barbosa once filled a similar position to Sergio Moro in the public consciousness, and was also proposed as a possible Conservative presidential candidate while overseeing the Mensalão case. But as many are now remarking, elevation of any judge to Rockstar status is not professionally viable – yet for a Politician, of course.

More of the same

At the protest itself, media incitement – particularly from Globo & Veja – hit new levels in the days and weeks prior, which also coincided with more dreadful economic data, so it surprised few that attendance was up.

The numbers game is misleading as ever though, organisers claimed 2 million on the streets in São Paulo, Military Police, 1.4 million. As ever, the best measure available is DataFolha whose more trusted methodology gave a figure of 450k. Elsewhere in the county we are forced to rely on Police estimates which as we talked about here, are rarely credible figures.

So, while these numbers are not quite up there with the biggest in history, as is being reported, regardless it was still a significant increase on the weak protests of late 2015, around double the attendance of March 2015 and will without doubt add to pressure on the Government of Dilma Rousseff.

The profile of attendees however has not changed. It was still overwhelmingly (91%) white and upper, upper middle class, and 76% voted for Aécio Neves in 2014 (Some figures had Dilma voters as low as 3%). A generous estimate puts the total nationwide somewhere between 1-1.5% of a country with black/mixed-race majority population and massive inequality. Claims by organisers that this demonstration represented a singular “Brazilian People” are not taken seriously outside that circle. The old class prejudices & divides were firmly on display in Copacabana & Paulista last Sunday.

Thursday evening 18/3 will see “Anti-Coup, Pro-Lula” demonstrations and although harder to populate than Sunday afternoons, for obvious reasons, there should be a significant number on the streets. The last two of 2015 greatly exceeded the corresponding Anti-Dilma protests – something completely ignored by media, national & international.

It is difficult to separate the 13/3 demonstration from the climate of media incitement which fuelled it. Despite this, there are many on the streets simply complaining about  economic conditions, rising unemployment, inflation, fall in Real value and GDP in recession, though it must be reiterated that Operation Lava Jato itself – which they unanimously support – has had a crippling effect on the Energy & Construction sectors, which in turn has had a significant effect on unemployment and GDP. This fundamental contradiction is barely visible in the media.

A previous piece from Agencia Publica dealt with the ideological makeup and financial backing (some of it foreign) behind the most prominent organiser groups, if not the demonstrators themselves.

Crucially there were no counter-protests organised besides a satirical “Coxinha Barbecue” in Porto Alegre, and a vigil outside Former President Lula’s apartment. Both the Economist, Americas Quarterly and elsewhere had warned of violent confrontation on 13/3, but the Organised Left had already ruled out counter-protests, fearing escalation or even a deliberate trap. (The Economist then went on to portray the Organised Left as troublemakers, which was a shock even to critics of the Magazine).

This was a disappointing day both for the ambulance chasers and those whose long-term interests benefit from increased instability in Brasil. Neoliberal voices who warned of the “Venezuelization” of Brasil have consistently supported the protagonists, processes & polarisation that have been feeding it – as regardless of anti-corruption sentiment & socio-economic factors, the root of this movement is, after all, the losing side contesting the result of 2014’s Presidential Election. The belief that the election can and should be re-run, by any means necessary, has been underpinning the protests since early 2015.

Comparisons to historic movements such as Direitas já or protests for the impeachment of Fernando Collor need to be weighted against the fact that (besides the population now being 80million higher), unlike then, there is a large Organised Left, anti-corruption, counter-movement who are also against the ouster of Rousseff. The situation in Brasil now is far from binary.

As discussed in this piece a year ago, media coverage prior, during and after of Right & Left protests couldn’t be more different. The same goes for Policing – this video from 13/3 of a female protester escaping encounter with a brand new Israeli-built Choque vehicle without Police retaliation is in stark contrast to how Left-wing protests are policed by Sao Paulo’s opposition controlled PMSP.

When people refer to current events as a Coup a common response is that it cannot be one, because there is no Military involvement. Whilst this vision of classic Coup d’Etats has long ceased to be the M.O. it could be justifiably argued by the recipients of repression shown in videos like the ones above that Authoritarian Military Forces, i.e. opposition controlled Military-Police are very much involved. It could definitely be argued by the PT Supporters and Metalworkers Union personnel (& their families) who saw their Pro-Lula meeting surrounded and invaded by armed Military Police, less than 36 hours before the 13/3 Protest. Police ombudsman Julio Cesar Neves called this action a “threat to democracy” and compared it to police oppression of Trade Unions & the left during the Military Dictatorship. “1964 began like this” he added.

Beyond all that, those living in the peripheries & favelas can also argue that oppressive Military Rule never ended for them.

This dichotomy illustrates a legacy of Dictatorship-era power which really never went away, one that is and always has been in opposition to progressive and egalitarian politics in Brasil. That the Dictatorship’s political legacy and the Elite privileges (Or “Meritocracy”) it protects stand to gain most from demonstrations like 13/3 and any overthrow of the current democratically-elected Government is no coincidence whatsoever.

That the Economic situation in Brasil needs to improve is self-evident. If it only improves for the privileged few, the party will not last long.