On March 31, extreme-right Brazilian President Jair Bolsonaro has called for the Military to commemorate the Coup of 1964, a Coup which he insists was nothing of the sort. Such commemorations were outlawed under Dilma Rousseff in 2011, and for the Brazil of 2019 to celebrate the anniversary in any form is horrific. It is also unsurprising, and logical.

There is a surreal asymmetry to Brazil’s conservative revisionist view of the Military Coup, and this persisted throughout the democratic period. They maintain the entirely discredited propaganda of the early 1960s and claim that the coup was simply the result of a spontaneous popular movement, a “coming together of civil society” to counter a non-existent communist threat, of Brazil becoming “the next Cuba”. Brazil ’64 served as a blueprint for the generation of public hysteria that would be used repeatedly across Latin America in the decades that followed, and for Brazil’s next Coup in 2016.

Neofascist President Jair Bolsonaro, who as a Congressman had portraits of 1964-85’s Military Dictators adorning his office walls, and has repeatedly spoken of that period as if a golden age. He now says that the 21 year dictatorship never happened. It was simply a period of “Civil-Military Governance”. Even supporters’ commemoration of the coup on 31st of March is disputed. The tanks rolled out in the early hours of April 1st, and the Military did not want their “revolution” celebrated on that day.

Of course, this zombified telling of history says nothing about the United States broad role in the years prior, it’s carrier group heading for the coast of Éspirito Santo, or its discomfort with then expanding relations between Brazil, Russia and China, which was echoed by its desire over the past decade to keep the BRICS multipolar project from consolidating in its “backyard”. It took over a decade for substantial detail of the foreign interests involved in 1964’s coup to come to light, much of that down to the tireless work of Professor and former CIA analyst Jan K. Black, and her 1977 book ‘United States Penetration of Brazil‘, which should be required reading on the subject.

When one looks at the actors involved in the slow motion coup between 2014-19 (still ongoing, namely with the new far-right mobilisation for the closure of the Supreme Court) it is entirely unremarkable that it would want to commemorate the Coup of 1964. These players, these children and ghosts of 1964, include the highest number of military in government since the era of Geisel in the mid 1970s. The father of Miguel Reale Jr, articulator of Dilma Rousseff’s impeachment, was the  integralist Miguel Reale, one of the architects of 1968’s Institutional Act 5 – the neofascist “coup within the coup” which ushered in the bloodiest period of the dictatorship era.

Then you have General Sergio Westphalen Etchegoyen, arguably Brazil’s most powerful man, whose family have been involved in a succession of coups and coup attempts dating back almost a century.  Business Group, the organisation of US Corporations initiated by David Rockefeller at the behest of John F. Kennedy (who had been considering military intervention in Brazil), was set up to fund (bribe) Anti-Goulart candidates and groups at the 1962 election, which included IBAD and IPES. In 2019 these organisations are the renamed Business Group itself, now called AS/COA (who publish Americas Quarterly magazine), and the Millenium Institute, considered the successor to IBAD, and whose founder Paulo Guedes is Bolsonaro’s economy minister. Millenium is affiliated to Students for Liberty and the Koch Brother’s Atlas Network, as are the libertarian MBL, who along with the hedge fund-backed VemPraRua, synthesised a revival of the “green and yellow nationalist” street demonstrations, which the United States and Brazilian Military had successfully harnessed 50 years prior. These gave both coups the outside appearance of democratic, popular will.

The sections of international media which celebrated Brazil’s “Democratic Revolution” of 1964, were mirrored by the likes of WSJ, Bloomberg and the Guardian 50 years later. Sérgio Moro, who that same media had elevated to saviour status, was the US-trained inquisitor-judge responsible for the jailing of former President Lula, thus handing the election to Bolsonaro, who would later appoint him Justice and Security Minister. Following Rousseff’s impeachment, for which his Anti-Corruption Operation Lava Jato, was a spurious pretext, Moro, the recent visitor to CIA headquarters, received a Military medal of honour for his service to the country. His work had been conducted in collaboration with the US Department of Justice.

Last but not least, we have the omnipotent media conglomerate Globo, which was instrumental in building the campaigns which powered both the coups of 1964 and 2016. Following the coup of 1964, Globo was the recipient of a huge investment from Time Life, with which it built the national media infrastructure used to maintain public opinion in support of Brazil’s Military Government in the decades that followed. Globo only atoned for its support for the Dictatorship in 2013. It did so opportunistically, with the storm clouds of a new Coup already gathering, and went on to help construct the dual popular premises for that, of selective anti-corruption sentiment, and of exaggerated economic crisis.

None of this should surprise anyone who has been paying attention. “The defining characteristic of a post-modern coup is not putting troops on the streets,” said the Council on Foreign Relations’ Steven A. Cook in 2012. “Instead, you have the informal institutions of the state and past patterns of civil-military relations at work. It’s a more subtle kind of way to get what they want.” he continued.

Brazil’s Coup of 1964 wasn’t just a warning from history, it was an instruction manual.

Those ghosts of 1964 were already haunting Brazil in 2013. In April that year, when Jair Bolsonaro was still a fringe far-right crank with no realistic chance of ever being President, the “pro-business” US-backed PSDB candidate Aécio Neves generated controversy by calling the Coup of 1964 a “revolution” at a private event. Then, after losing to Dilma Rousseff in October 2014, Neves, whose grandfather Tancredo was credited with helping bring the dictatorship to an end, refused to accept the result, called his voters to the streets and sparked what would become the coup of 2016.

This abandonment of democratic process was underpinned by an insinuation that the PT administrations of Lula and Dilma amounted to “a dictatorship”, maintained by social security and corruption, rather than force.

Justification for the resulting coup of 2016 was accompanied and fed by revisionism of 1964 and the dictatorship era which intensified ahead of the 2018 election, reaching the police and judiciary. One week before the first round vote, Supreme Court President Dias Toffoli, operating with General Fernando Azevedo e Silva as his advisor, said that he now refers to the Coup as the “Movement of 1964”. Similar changes, originating from the network of the São Paulo Military Police, were made to Wikipedia entries during the period prior to the election.

Again there should be no surprise given just how brazen this transition to militarised, neofascist governance has been. Jair Bolsonaro’s speech as he cast his vote for Dilma Rousseff’s impeachment, which he used as a springboard for his own presidential ambitions, began with the ominous “They lost in 1964, they lost again in 2016.”, before going on to eulogise Brilhante Ustra, head of the feared DOPS secret police, the very man responsible for Rousseff’s torture in the early 1970s.

In the face of permanent revisionism, which is well resourced and now spreading into mainstream media and education, it is essential to constantly reiterate the true nature of Brazil’s 1964-85 dictatorship, no matter how unnecessary it may seem to those with historical awareness. Military top-brass are far more cautious about glorification of that period than the bellicose President himself.

This supposed “Civil-Military Government” period was bathed in blood. On the orders of Dictators such as Medici and Geisel themselves, there came murder and torture of political opponents, and even their children at the hands of the notorious DOPS, who were often removed from their parents, and illegally put up for adoption. Entire tribes of indigenous peoples were massacred, and popular resistance crushed under a media blackout. As a result, many Brazilians still have no knowledge of what actually occurred during that period, enabling this modern day revisionism to take hold. Chronic foreign debt and rampant inflation were depicted as an economic miracle. Brazil under Dictatorship, with rampant corruption, brutal repression and complete un-acountability, was a country governed solely in the interests of its white elites.

The isentões, the appeasers, those who obfuscated or denied the 2016 coup, for the sake of their class, or their ideological and party political preferences, those who argued the impeachment was legitimate, and suspended disbelief at the makeup and programme of the corrupt Temer administration which it brought to power, those who turned a blind eye to Lula’s politically motiviated imprisonment, or assumed guilt without evidence, and those who equated the candidacies of Fernando Haddad and Jair Bolsonaro, because they wanted neoliberals running the economy, even if it had to be at the point of a gun.

All of the above could arguably join with the Bolsonaristas and celebrate the anniversary of 1964’s coup, as if at any point they tolerated what was being done to Brazil’s democracy because they believed it might bring some eventual benefit, then they too own a slice of this political conjuncture.

On April 1 2019, Brazil will again awake to find a cruel joke turned on itself. 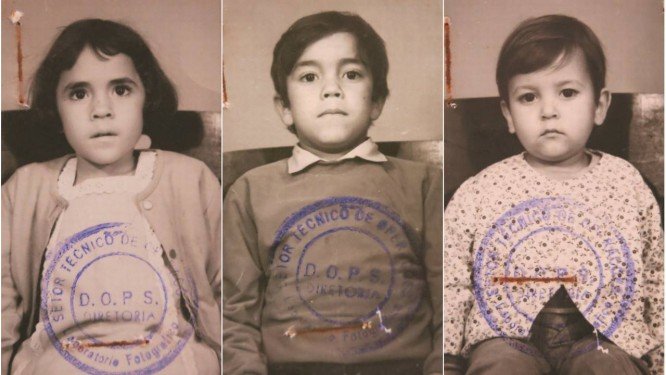