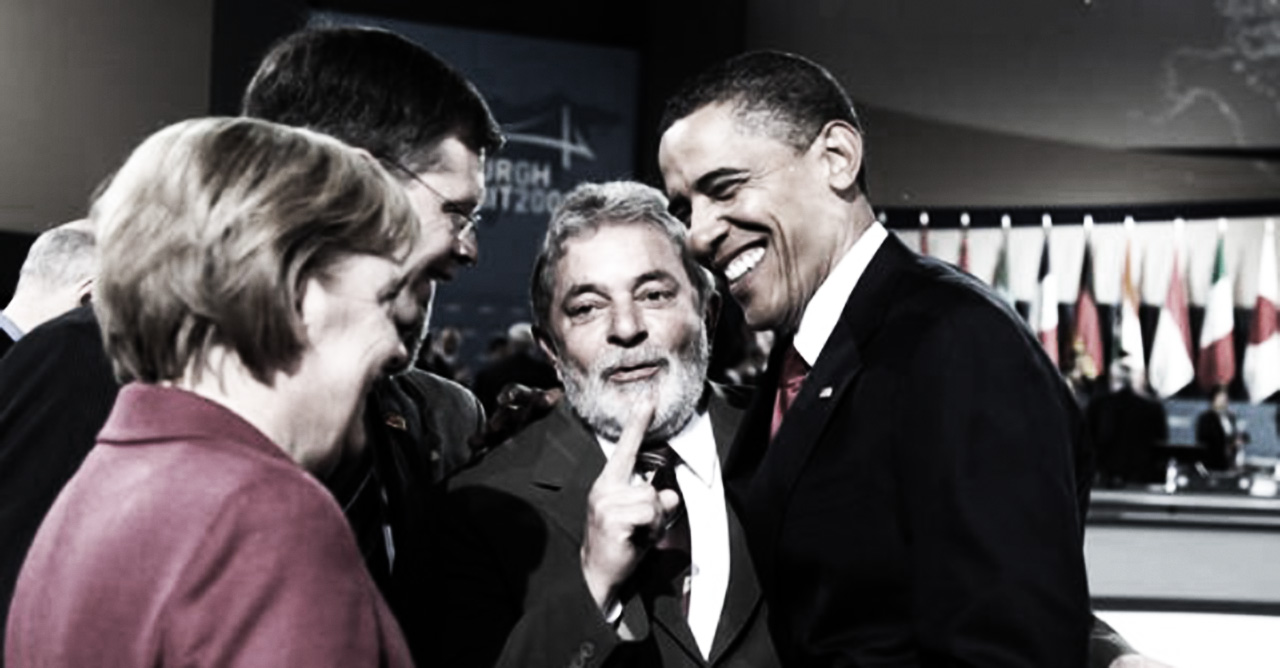 Workers Party President Gleisi Hoffman insists former US President Barack Obama “needs to explain his participation in the coup and Lava Jato” as the Brazilian Supreme Court rules that secret agreements made between Operation Lava Jato (Car Wash) and the US Government, in particular those relating to the prosecution of former President Lula, must be made public.

Further reading on Operation Lava Jato and the United States role in it.

“Obama spent 8 years waging war and espionage, serving the arms industry and his country’s establishment. He covered up a Vice President investigated for corruption and wants to give advice to Brazil. You have to explain your participation in the coup and Lava Jato.” – Gleisi Hoffmann

In a major legal victory with international repercussions, the Supreme Court went against Sergio Moro and Jair Bolsonaro and ruled unanimously that former President Lula’s defence team will have access to documentation of all Operation Lava Jato’s agreements with the United States.

The 15-0 decision determines that the Ministry of Justice needs to inform Lula’s defence whether or not the agency participated in the cooperation between Operation Lava Jato and US authorities. The ex-president’s defence want access to all requests for international cooperation formulated, alone or reciprocally, between Brazilian and US authorities, focusing on the criminal actions of Operation Lava-Jato.

“In view of the result of the judgment made today by the Special Court of the STJ, the Minister of Justice must comply with the injunction previously granted to inform whether or not the Ministry of Justice (DRCI) participated in cooperation between ‘Lava Jato’ and North American authorities such as the  DOJ, SEC and FBI, as provided by law, or if these cooperations were carried out outside the official channels, in a savage manner, like we always suspected in the course of the technical defence of former President Lula”, said lawyer Cristiano Zanin after the result.

As news of the judgement, former US President Barack Obama’s comments on former President Lula triggered an immediate backlash from the Workers Party. Hoffman was responding to Obama’s criticism of former President Lula in his new book Promised Land, in which he compared the Brazilian to a Tammany Hall political machine boss – synonymous with cronyism and corruption in the United States.

Obama’s remarks were particularly provocative given the growing evidence of the United States own role in the anti-corruption operation that prosecuted Lula on politically motivated charges, and thus enabled the election of far right Jair Bolsonaro. Although critical of Bolsonaro, the joint US-Brazilian Lava Jato’s role in his ascent to power is something Obama has not publicly acknowledged.

Lava Jato, which began in 2014 was conducted in participation with US Department of Justice and other agencies from the beginning. In the words of its main US agent Leslie Backschies, present since the beginning, their work “toppled Presidents” in Brazil, referring to both the political jailing of Lula da Silva, and the illegitimate impeachment of Dilma Rousseff, which was conducted on a wave of anti-corruption fervour generated by the media-led Operation Lava Jato.

Earlier in 2020, US Attorney General William Barr finally answered a request from progressive Democratic lawmakers for explanation of the US role in Operation Lava Jato and Lula’s protection. Public knowledge of the extent and secrecy of the FBI’s involvement had been further expanded via the so-called Vaza Jato leaks, by the Intercept and Agencia Publica.

Lula himself has been fiercely critical of US interference in Brazil.

“Obama spent 8 years waging war and espionage, serving the arms industry and his country’s establishment. He covered up a Vice President investigated for corruption and wants to give advice to Brazil. You have to explain your participation in the coup and Lava Jato.” wrote PT national president Gleisi Hoffman on social media, and linked a Huffpost article from 2017 entitled “Wars, espionage and racism: Obama’s not-so-positive legacy”.

Further reading on the legacy of United States interference in Brazil.