On Tuesday, November 17, former US President Barack Obama, whose government engaged in spying against Brazilian President Dilma Rousseff and the US DOJ/FBI orchestrated Lava Jato investigation, appeared on Brazil’s powerful television network Globo to promote his new book A Promised Land. In the book, he states that former Brazilian President Lula had the “scruples of a Tammany Hall boss.”

Tammany Hall is generally cited as the largest urban political “machine” in US history. The second largest was the Daley Machine in Chicago, which operated from 1953-1983, and then again from 1987-2011, under the leadership of Richard J. Daley, his son Richard M., and their cronies Michael Bilandic and Jane Byrne.

Much has been written on machine politics and the Daleys. Boss, by Pulitzer Prize winning journalist Mike Royko, is a good introduction to the subject. But I would like to use a few personal examples. I grew up surrounded by machine politics in a working class neighborhood on Chicago’s pre-gentrified North Side and know deeply how how the machine operated. I could give hundreds of examples but the way I usually explain how the Daley machine worked is by talking about my childhood friend, who I will refer to here as Joe. Joe is half Italian, half Irish and as we were growing up together, his single mom had a thing for mafia types. At one point, her boyfriend was a local precinct captain who owned 3 gas stations, 2 pizza restaurants and served as the City of Chicago’s Deputy Sewage Commissioner. His name was Tony, he weighed nearly 300 pounds, he drove a Buick, only wore silk suits and always caried a .25 mm Barreta pistol in a shoulder holster. One day, while my mother was working in our neighborhood on the campaign of anti-machine mayoral candidate Harold Washington he pulled up, rolled his car window down and said, “we’re watching you Mrs. Mier”.

Joe was a great guy who cared a lot more about marijuana and comic books then he ever did about politics. When he finished high school, he tried to study theater in college but flunked out after the first semester. After a string of low paying service jobs his mother’s new husband, a key player in Mayor Richard M. Daley’s machine, set him up with a job in the Chicago City Park district as a survey crew supervisor. The minimum official requirement for the job was a degree in civil engineering. When he mentioned this, his new stepfather said, “don’t worry about it. Nobody is going to look at your resume. I’ll give you all the answers to the test and then I’ll take you out for a day or two to teach you how to operate the equipment.”

Joe’s new job did wonders for his self esteem. Soon he was buying the highest quality marijuana and the most expensive vintage comic books with his big city salary. That was in the early 1990s. For the next 20 years I heard periodic reports from Joe about life inside the Chicago Machine. A few years after he was hired, there was a huge corruption scandal in the Park District and only the inner circle made it out with jobs intact. Joe was transferred to the Water Department. Shortly afterwards, a scandal broke. Chicago mob consigliere Tony Accardo’s grandson was discovered to be working there. From Brazil, I called up Joe to get the scoop. “He’s been fired,” he told me. “But you know what? There are 17 relatives of Tony Accardo working in the Water Department.”

Over the years Joe told me story after story of his extra-official duties knocking on doors during election season to bring out the vote for Daley and his cronies in the Chicago City Council, and what he would receive in return. At the time, city workers would get double-time for overtime pay. One Winter when I was back in town I called him up to see if he wanted to get a drink. “I can’t,” he said, “I’m working overtime, sleeping in the passenger seat of a snowplow. The foreman asked us to move this giant pile of snow from one side of a parking lot to the other. It took 4 hours and when we finished he asked the driver to move it back to where it was.”

Tammany Hall may have died in the 1930s and the other traditional machine in Buffalo New York, fizzled out in the 1970s, but Chicago’s machine was still going strong during the time the Obama’s began their political career, even if Mayor Daley Jr. began outsourcing some of the patronage work to companies owned by cronies in order to slim the the city payroll according to the principles of Clintonian neoliberalism. 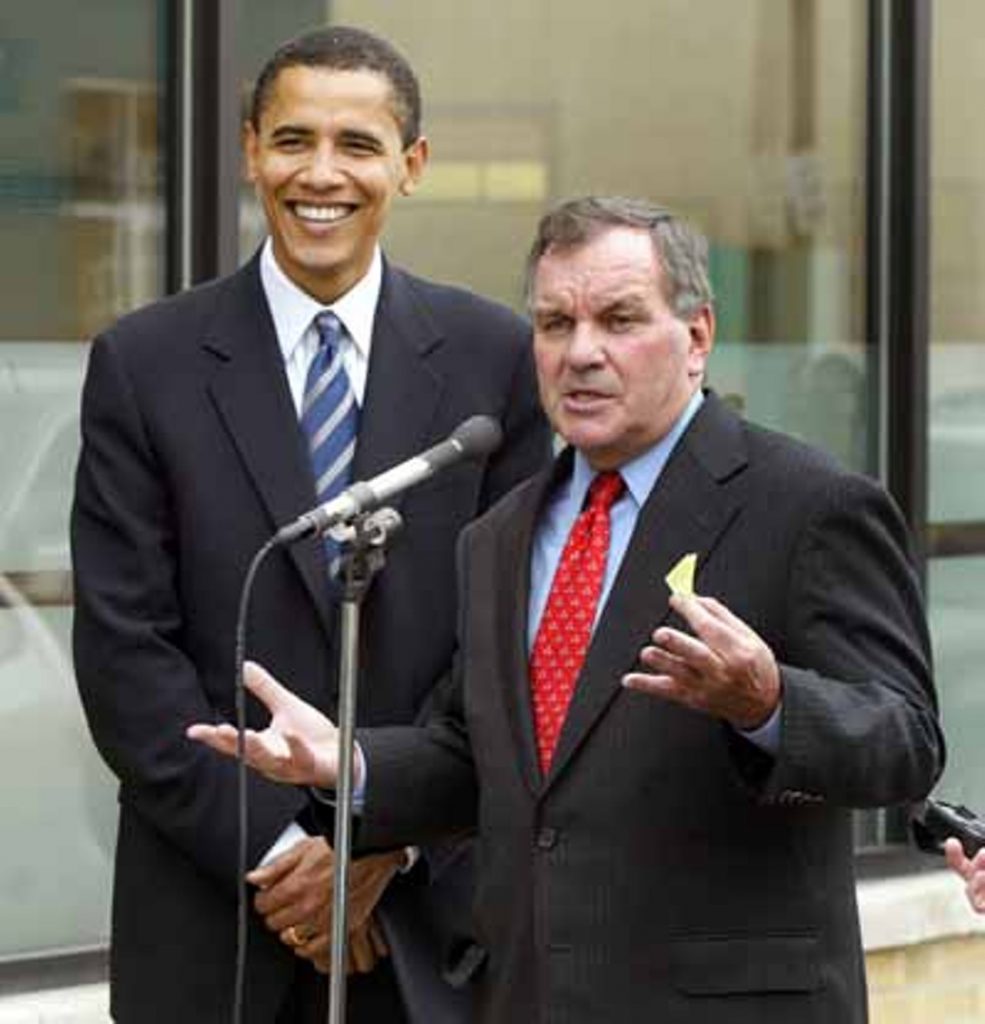 This is why I am so angry to see Barack Obama compare former President Lula, who was so committed to democratic principles that he used professional criteria instead of political alignment to appoint Supreme Court justices (many of whom turned on him and his party during the 2016 coup) to a machine boss. Who is he to comment about machine politics, who married Mayor Richard M. Daley’s Assistant Commissioner of Planning & Development? Who is he, who ran against anti-machine politicians Alice Palmer and Bobby Rush with blessings from Mayor Richard M. Daley? Who is he, who hired Richard M. Daley’s brother William as his Chief of Staff, to smear Brazil’s most popular president of all times? After all, when Lula’s assets were frozen as part of the Lava Jato investigation he only had $230,000 in his bank account. At the time, Obama was charging more than that amount for a single corporate speaking engagement. Can you believe the nerve of this guy?