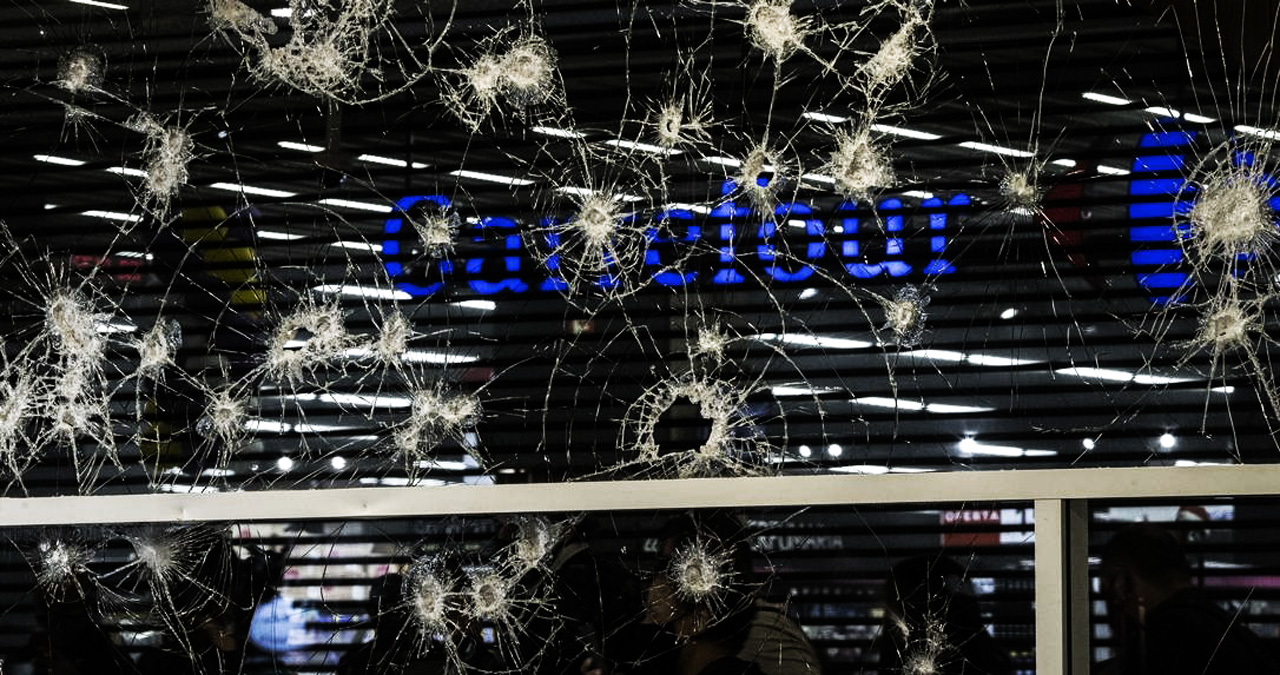 The murder of João Alberto Silveira Freitas by security guards at a Carrefour supermarket in Porto Alegre triggered mass protests on Black Consciousness Day, as Vice President General Hamilton Mourão told journalists that “racism does not exist” in Brazil.

Protesters attacked a unit of French supermarket chain Carrefour, at about 5 pm on Friday (20), in the vicinity of Avenida Paulista, in São Paulo.

Context:  Seven times that Carrefour acted with contempt and violence.

The store was destroyed after a protest called by the city’s black movement in response to the murder of João Alberto Silveira Freitas , a 40-year-old black man, in a Carrefour store in Porto Alegre (RS).

In response to the death of João Alberto on the eve of  Black Consciousness Day , more than a thousand protesters joined the 17th March of Black Conscience in SP, which assembled at  MASP (São Paulo Art Museum) then went to a large Carrefour store, on nearby Pamplona Street.

The hypermarket, which is on the ground floor of a mall, was closing its doors and security guards tried to keep out the protesters, who broke through the blockade and destroyed the interior of the store. A fire was started.

João Alberto Silveira Freitas  was beaten  to death by a military policeman and a security guard at the Carrefour supermarket in Porto Alegre (RS), on Thursday night (19).

According to the Rio Grande do Sul Military Police, the assaults started after a disagreement between the victim and a local employee. Disconcerted, Freitas was rescued by a team from the Ambulance Service (SAMU), who tried to revive him without success. The two attackers were arrested in the act and are being investigated for homicide.

BM reported that the agent involved in the assault is only “temporary” and that it occurred outside working hours. In a statement , Carrefour promised to end a contract with the local outsourced security company, said it would take reasonable measures to hold those involved responsible, and defined the act as criminal.

“The employee who was in charge of the store at the time of the incident will be fired. Out of respect for the victim, the store will be closed. We will contact Mr. João Alberto’s family to provide the necessary support ”, says an excerpt from the French company’s statement.

Carrefour says that it will make a rigorous internal investigation of the case and that “no violence and intolerance is allowed”. However, the supermarket carries a history of violence and neglect involving customers and employees.

The most recent reported by the press had occurred in August of this year. A Carrefour sales promoter died while working at a unit in Recife (PE). Moisés Santos, 53, was covered with umbrellas and surrounded by boxes so that the store could continue to function and his body remained in place between 8 am and 12 pm, until he was removed by the Legal Medical Institute (IML).

Other cases of racism, labor violations and aggression against animals have been  linked to the supermarket.