In identical letters sent to 13 members of US Congress, Assistant Attorney General Stephen E. Boyd demonstrates that the Department of Justice’s  partnership in the corrupt, politicized anti-corruption investigation has been a matter of public record since 2016.

In August, 2019, a group of 13 democratic members of US Congress demanded answers and supporting evidence to questions about the US Department of Justice’s role in the corrupt Lava Jato anti-corruption investigation. The inquiry came after leaked Telegram chat messages published in the Intercept showed that, among dozens of other crimes, Judge Sérgio Moro worked unethically to help depose Dilma Rousseff by illegally wiretapping her phone on the eve of the impeachment hearings, editing the conversation to be more damaging, and releasing it to Brazil’s largest television station.

Led by Georgia Congressman Hank Johnson and made up primarily of members of the democratic party’s Progressive Caucus (with the notable absence of Alexandria Ocasio Cortez) the letter to Attorney General William Barr expressed concern that DOJ actions were destabilizing Brazil’s democracy and requested answers and clarification with supporting documentation to 12 queries, including: did the DOJ provide assistance with the collection and analysis of evidence compiled by the Lava Jato task force and Judge Moro for President Lula’s case? The full letter, which can be read here, gave Attorney General William Barr a September 30, 2019 deadline to respond to the queries.

William Barr, who while serving as Attorney General for George H.W. Bush, pardoned 6 Reagan administration officials including Casper Weinbeger after they were convicted in the Iran-Contra investigation, has a long record of concealing information about wrongdoings of the US government from the public. There was never a great expectation that he would adequately respond to the queries, however the demand for information was legally binding.

On July 7th, 2020, over 8 months after deadline, the Attorney General’s Office finally responded, with 13 identical letters delivered to the MoC’s who signed the original inquiry. This event passed completely under the media radar and Brasil Wire finally received copies of the letters on July 17th.

As could be expected from an Attorney General’s office headed up by one of the murkiest actors in the Iran-Contra scandal, the response fails to satisfactorily answer any of the 12 questions. It reads like a form letter, acknowledging that it has been working with the Brazilian public prosecutors office on Lava Jato but, “as a matter of long-standing policy and practice, the Department of Justice cannot provide information regarding non-public aspects of these matters, nor can the Department disclose non-public details of other matters.”

The only supporting documentation included in the letter is reference to 4 articles on the DOJ’s own website, dating back to 2016, which demonstrate US DOJ and SEC partnership in the Lava Jato operation.

The DOJs response to Congressman Johnson and his associates request is entirely unsatisfactory, certainly representing the absolute bare-bones minimum amount of information required to legally comply with the request. However, it does serve as one more public acknowledgment of the US government role in a corrupt, weaponized and politicized anti-corruption operation which, 1.) destabilized the Brazilian economy in 2015, causing 500,000 job losses and causing President Dilma Rousseff’s popularity to plummet during the lead up to the 2016 coup; and 2.) removed Brazil’s leading presidential candidate from the 2018 elections, opening the door for a Bolsonaro victory (which Lava Jato taskforce members have been exposed in telegram chats saying that they were “praying to God” for).

Furthermore, as one of the DOJ press releases referenced in the letter is dated December 21, 2016, this document also serves as a reminder that the US Government’s partnership in Lava Jato has been a matter of public record for at least 3.5 years. When you see self-proclaimed leftist journalists from commercial media outlets going around on their book tours, backpeddling and changing the subject when they are asked about US involvement in the 2016 coup and Lula’s political imprisonment, keep this fact in mind. 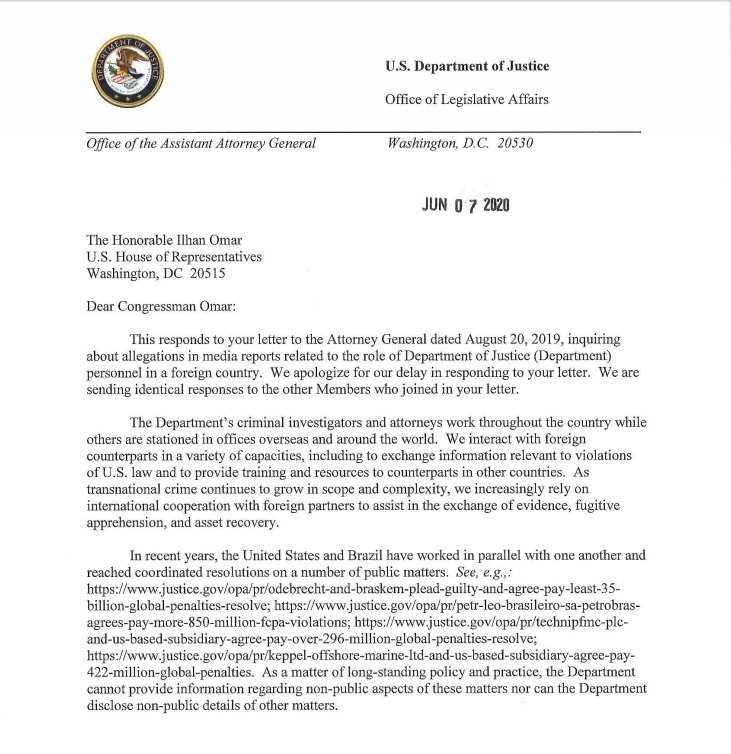 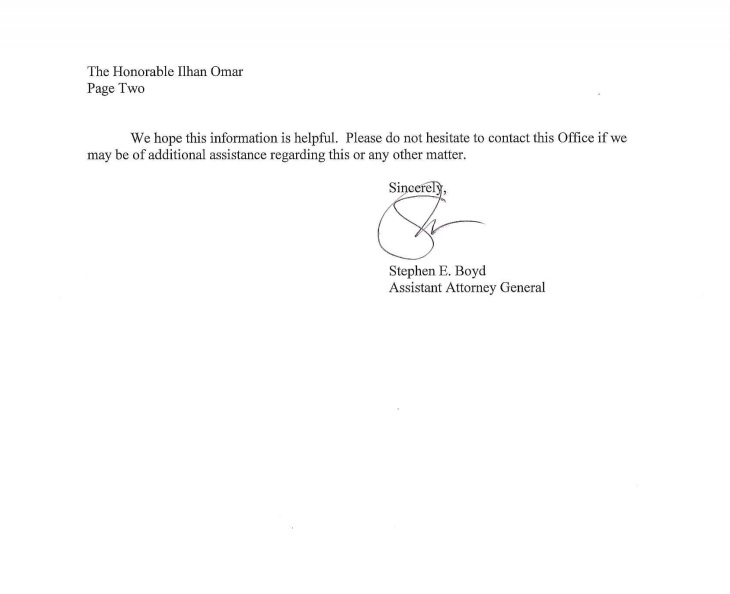