In January 2018, shooting began on film ‘Marighella’, the much anticipated biopic based on book by journalist Mário Magalhães, which follows the trajectory of Brazilian Marxist Writer & Communist Party politician turned urban guerrilla who became one of the main exponents, and a symbol of resistance against the 1960s Neofascist Military dictatorship.

Born in Bahia in 1911 to Afro-Brazilian mother and Italian immigrant father, Marighella joined the PCB (Brazilian Communist Party) in the 1930s, and was arrested and tortured on various occasions during Getulio Vargas’ Estado Novo Dictatorship period. Following the demise of Estado Novo, he was able to enter formal politics, and would go on to be invited on research trips by the Communist Party of China several times during the 1950s.

One month after the Military Coup of 1964 which deposed João Goulart, Marighella was shot by the Secret Police in a Rio de Janeiro movie theatre, arrested, then detained for a year. In the period which followed, he was prolific, authoring ‘The Brazilian Crisis’, ‘Mini Manual of the Urban Guerilla‘, and manifesto ‘For the Liberation of Brazil’, texts which went on to be influential for resistance movements both around the continent and elsewhere in the world. 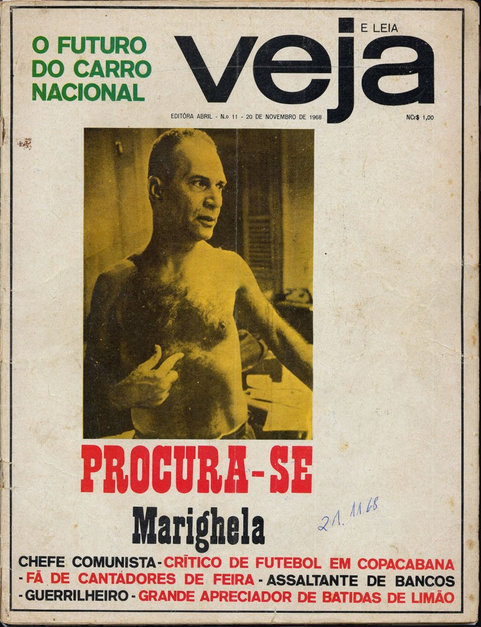 In 1967, with no elections in sight, and advocating armed struggle against an increasingly repressive regime, Marighella split from the old Communist Party and formed the ALN (National Liberation Action). In a joint action with the MR-8 (8th October Revolutionary Movement), ALN successfully kidnapped then US Ambassador Charles Burke Elbrick in September 1969, holding him hostage for 3 days. The Ambassador was released in exchange for that of fifteen political prisoners. Marighella was declared public enemy number one.

Just a few months after Ambassador Elbrick’s kidnap, Carlos Marighella was assassinated in a car by Military Police in the wealthy Jardin’s area of São Paulo, on 4th November. His killing is commemorated by a small monument at 800 Alameda Casa Branca. The ambush was coordinated by the DOPS’ (Department of Social Order) Sérgio Paranhos Fleury. He along with other notorious torturer Carlos Alberto Brilhante Ustra, were Brazilian operatives during the Operation Condor cross-border crackdown on Left activists in South America, which left thousands dead or disappeared. 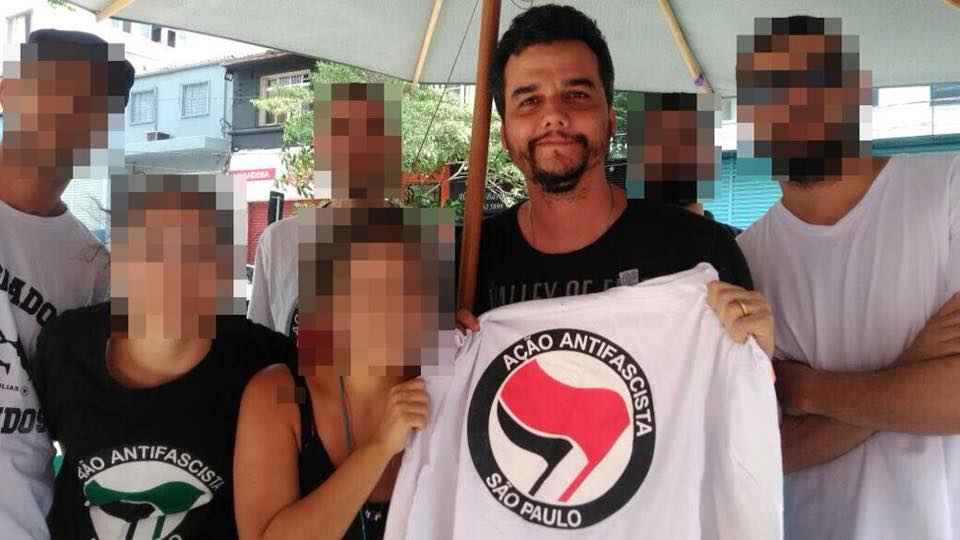 Early into the movie’s shooting, director Wagner Moura faced threats from the Brazilian far-right on social networks (many of whom now openly idolise torturers Fleury and Ustra), promising to break onto set and disrupt filming. But according to the actor, famous for Tropa da Elite, Elysium and his portrayal of Pablo Escobar in series Narcos, this threat was countered thanks to the support of 15 young people from São Paulo’s Antifascist Action, which ensured the safety of the staff.

“What happened was beautiful. Fifteen kids from the Antifascist front came to protect us. This is the worst and the best time to make a film about Marighella.” Moura told Folha de São Paulo. 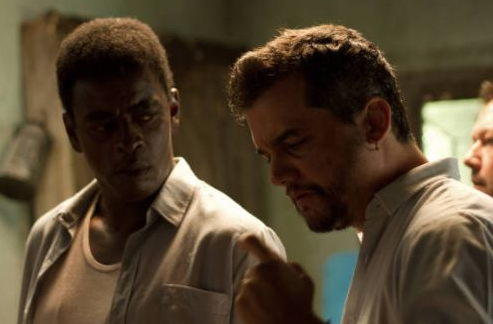 Originally rumoured to be played by rapper Manu Brown, Marighella instead will be interpreted by Seu Jorge, who came to prominence in City of God, before combining successful music and acting careers. The choice of Seu Jorge was no accident, Moura confirmed, “It’s because I want a movie that popularizes his story and brings an example of resistance, especially to young blacks.” he said.

With the threats from the far-right, Moura already has a taste of of the reaction that his work will generate. “I’m prepared to be hated by the right and criticized by the left,” he added.

Moura had previously complained that the film had been boycotted by the usual financiers of Brazilian movies , and has faced both private and public resistance to the project. There is as yet no date set for its premiere.