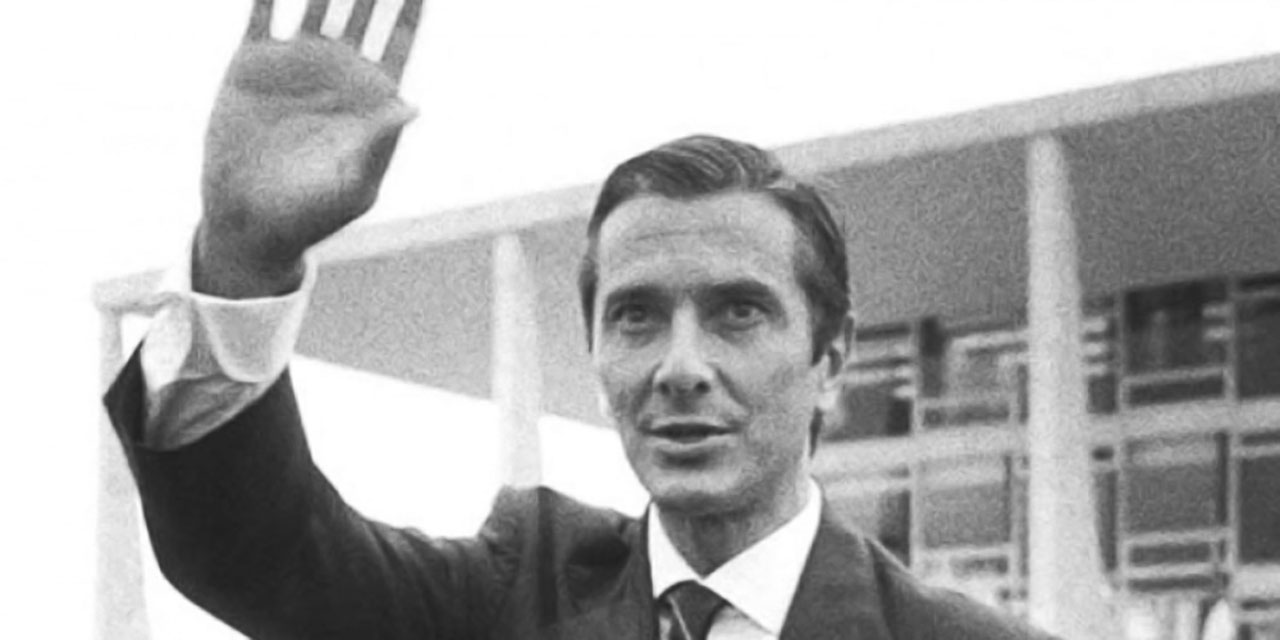 Elected in 1989, the Presidency of Fernando Collor de Mello was supposed to herald a new dawn of modernity and openness for Brasil. With the kind of slick image later adopted by other politicians of his stripe, the 41 year old proto-Macron echoed Margaret Thatcher in his inaugural TV address, insisting “There is no alternative”, and laying out a programme – named ‘Plano Collor’ – for rapid liberalisation of Brasil’s protectionist, import subsitution-based economy. It was Collor and his PRN who began the Neoliberal ball rolling in Brasil; the privatization strategy which led to massive unemployment in the 90s, began under his Presidency and was continued/expanded upon during the Itamar Franco and Fernando Henrique Cardoso’s mandates that followed. Despite the success of his VP Franco’s Plano Real in stabilising the currency and inflation, it was accompanied by a brand of market-led politics so deeply rejected by the Brazilian electorate that its main proponent, PSDB, lost four consecutive presidential elections.

Brasil’s 1989 elections, the first direct ones since the early 1960s, were far from clean. Coming to power off the back of a long gestation on Globo, where he was positioned for maximum public recognition, his campaign was built on familiar pillars of Brazilian conservative populism; a vow to defeat corruption, green and yellow nationalism, a claim to be “neither left nor right” and so on. His success was lauded at home and abroad as a rejection of the Left’s ideas, yet Capital’s anointed candidate only defeated future President Lula da Silva in a fraught second round, teeming with controversy and accusations of media bias – even a high profile kidnapping pinned on militants from Lula’s Worker’s Party just prior to polling day. Another candidate, 1964 Coup veteran and Rio de Janeiro Governor Leonel Brizola, was according to declassified Bush Sr-era US documents to have been the target of a Coup d’etat should he have won in 1989.

One of Collor’s side-men was a young Eduardo Cunha, 2015-16 head of Congress and architect of Dilma Rousseff’s impeachment, who also brought the end of TV Mogul Silvio Santos’s presidential ambitions. He was rewarded with a position at TeleRJ, which quickly descended into corruption scandal. 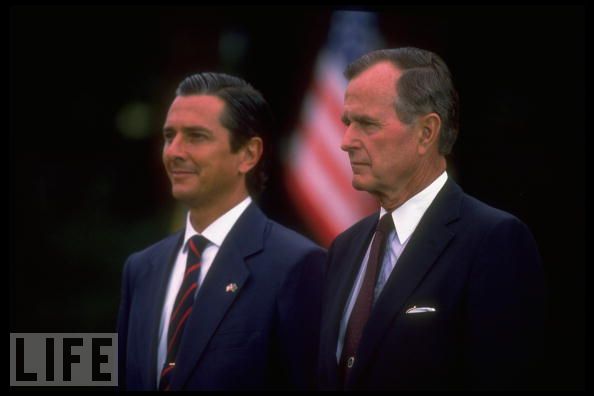 Like his Argentine counterpart Carlos Menem, Collor had the support of the United States, then under George Bush Sr, and together they co-operated on bringing the Southern Cone into the Post-Cold War, Neoliberal era.  This included a joint declaration to abandon the country’s respective Atomic weapons programmes, in exchange for IMF/World Bank loans and debt relief.

At a White House visit in 1991, Bush Sr. called Fernando Collor “one of the Americas’ most dynamic statesmen”, and he would the same year host the UK’s Prince and Princess of Wales, Charles and Diana, on the first Royal visit to Brasil since 1968.

In Brasil itself however, the Collor honeymoon period had ended as abruptly as could be imagined. The day after his inauguration, he sparked hysteria with the announcement of a freeze on Brazilians current accounts, enforced with limits on bank withdrawals – intended to counter hyperinflation.

Globo TV announcement for the introduction of limits on bank withdrawals, or “Saque Poupança”

As public mood followed the spiralling economic crisis, and the establishment rapidly turning on him, his brother Pedro, having discovered his the President’s sexual advances towards his Wife, went to the media with allegations of corruption and drug use. Collor’s cocaine habit had allegedly got so bad that he could no longer take the drug through his nose for fear of permanent damage.

In 1991/92 Brasil faced its worst hunger crisis in a generation and the street mobilisation for Collor’s impeachment was led by the left: Lula’s Workers Party, unions, social movements, and wider civil society. Although he called on the “Green and Yellow majority” for support, he had few defenders at the end. The campaign was mimicked in 2015/16 for the impeachment of Dilma Rousseff, indeed his demise was used as justification for the removal of Brasil’s first female President, who putschists hoped also would, like Collor, resign before a technically illegal impeachment was even necessary. Frankly ridiculous economic comparisons were made between the Collor era and Rousseff, with foreign media pushing the blatant falsehood that the country faced its “worst economic crisis in a century” – in reality, it was the worst situation since the late 1990s, when Fernando Henrique Cardoso’s centre-right Washington consensus government was credited with rescuing the economy from Collor. That Collor actually supported Dilma Rousseff’s own impeachment was one of its more ironic moments.

Although his tenure is considered a disaster, and despite acquittal, still tainted by personal corruption  subsequently revealed, it should be acknowledged that the state in which he inherited Brasil from outgoing José Sarney was an economic basketcase with 1700% inflation, 120bn foreign debt, and state coffers almost empty.

Plano Collor is synonymous with economic catastrophe, but does any of it stand the test of time? His stated emphasis on investment in sovereign science and technology, for example, were a far cry from the savage ideological cuts of Michel Temer’s post-coup administration. But no matter how reasonable his public presentations, realism is required, even for the likes of Brian Winter, formerly of Reuters, now AS/COA, who claimed in 2013 on social media that Collor was considered “better” than Dilma Rousseff – a preposterous foreshadowing of propaganda to come.

Collor prepares his own TV address in 1992.

With hindsight, there’s a forlorn melancholy to the Collor era, one of Brasil’s many false dawns.

His eerie announcement as pre-candidate for the 2018 Presidential elections was a surreal moment, which quickly descended into laughter across the country, but the first opinion poll in which he featured brought him 2-3% of voting intention with an electorate for which name recognition is almost everything. Comically, the polls show Collor ahead of both Michel Temer, and “de-facto President” – Wall Street insider finance minister, Henrique Meirelles. The Datafolha poll also shows Collor, despite his history with better public approval than Temer.

And that is perhaps how history is likely to remember Fernando Collor; better than Michel Temer.

What Collor thinks is possible with his candidacy is anyones guess, and it is still considered a joke by most, but it is at the very least another splintering of the centre-right field, with which new look “market friendly” Fascist Jair Bolsonaro is the main beneficiary. Thus it is as yet unclear who the joke of #Collor2018 will be on.