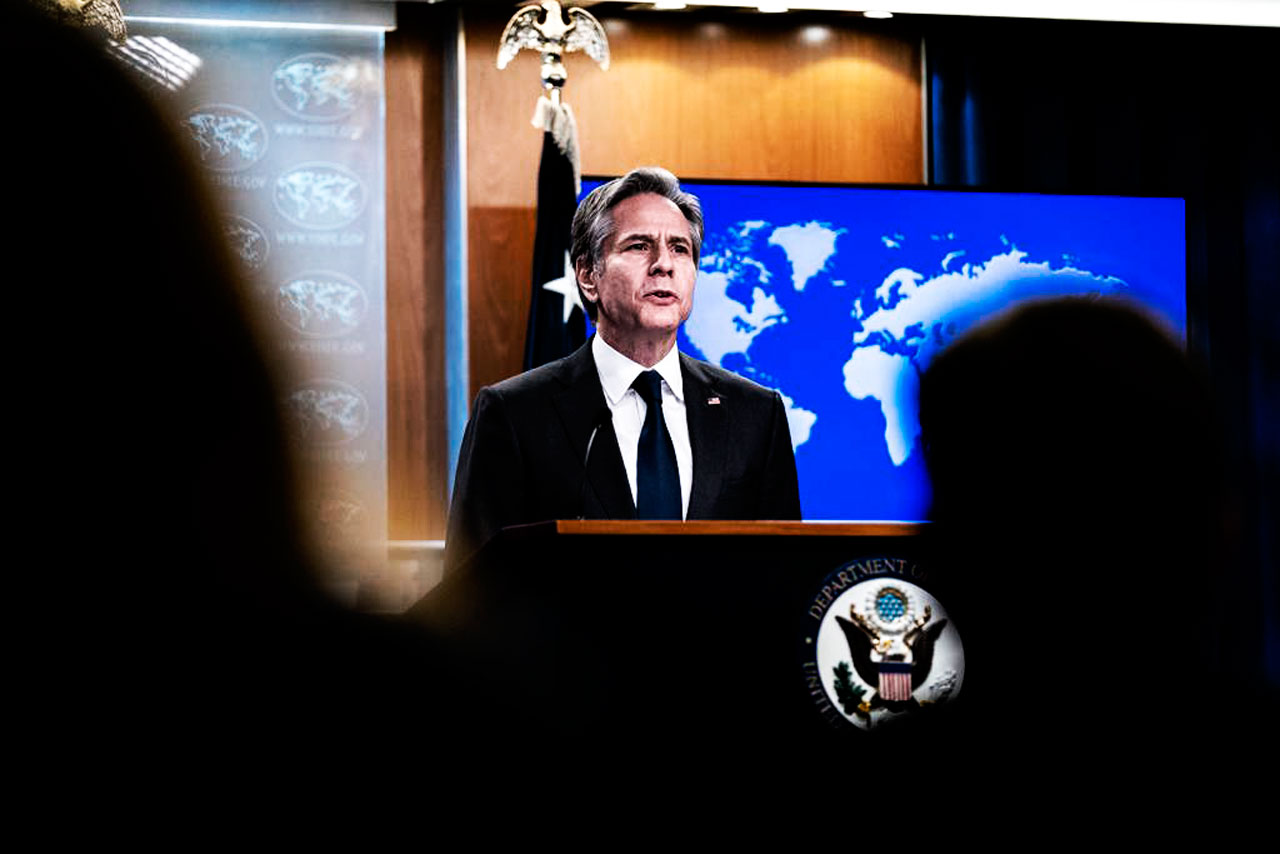 The US State Department has demanded that Brazil take a position against its BRICS ally Russia in relation to Ukraine.

In a January 10th phone call between US Secretary of State Antony Blinken and Brazilian Foreign Minister Carlos França, the former insisted that a “strong and united” response was needed against an alleged Moscow offensive against neighbouring Ukraine.

According to a statement released by the US State Department, the crisis in Eastern Europe was one of the priorities discussed during the conversation between the US and Brazil. The statement reads: “Secretary of State Antony J. Blinken spoke today with Brazilian Foreign Minister Carlos França about shared priorities, including a need for a strong, united response against further Russian aggression against Ukraine.  Secretary Blinken expressed appreciation for Brazil’s announcement that it will donate COVID-19 vaccines to Latin America, Caribbean, and African countries.  The Secretary also welcomed the opportunity to work with Brazil during its United Nations Security Council membership, discussed plans for an upcoming high-level bilateral dialogue, and conferred on the dire security situation in Haiti.”

The US and Russia are currently negotiating in Geneva to try to defuse tensions over Ukraine. Russia has reiterated its own security demands, which involve a halt to NATO advancement into Ukraine. The US has threatened new sanctions if the approximately 100,000 troops are not withdrawn from the border between the countries.

Until the 2016 coup and subsequent election of US-aligned president Jair Bolsonaro, Brazil enjoyed close relations with Russia, a fellow member of the BRICS multipolar bloc alongside China, India and South Africa. Cooperation between the countries under Lula and Dilma included transfer of military technology from Russia to Brazil, such as the Mi-35 Helicopter Gunship. With an agreement already in place, the Rousseff government was also set to purchase the Pantsir S-1 surface to air missile and anti-aircraft artillery system, until her impeachment saw the deal deferred – an impasse which continues to this day. There have also been reports that the Brazilian Airforce’s 12 Russian Helicopters will now be sold, in a triangular operation involving the United Arab Emirates, which would result in the aircraft being sent to an anti-Islamist faction in Libya.

Analyst for the Workers Party in the Senate, Marcelo Zero, explains Washington’s impetus in realigning Brazil’s foreign policy to support its own interests requires opposition to its’ one time strategic and trading partners, Russia and China, and that a neutral foreign policy is not enough to satisfy the United States.

“Dilma Rousseff was deposed and Lula was arrested in an operation triggered by the US Department of Justice due, essentially, to Brazil’s independent foreign policy, which was not remotely hostile to Washington and its allies but placed emphasis on sovereign regional integration and strategic alliances with emerging powers, contrary to US interests.”

The analyst notes that this US imperative casts a shadow over the coming presidential election, “This has to be taken into consideration during Brazil’s 2022 election race. The debate on foreign policy has to be a central issue in the next presidential elections. The Brazilian population has to have a clear idea of who really places national interests above all others. And everyone has to know that those who betrayed the nation in the past will do it again.”

This became more apparent with reports of a visit to Brazil by CIA director William J. Burns where he met the Bolsonaro government and attended an audience with the director of the Institutional Security Office (GSI), General Augusto Heleno, in the presence of Alexandre Ramagem, director general of Brazilian Intelligence Agency ABIN, and General Walter Braga Netto, Minister of Defence. In the evening, the director of the CIA participated in a dinner with Heleno and with the Government Secretary, General Luiz Eduardo Ramos.

Just weeks later, President Biden’s National Security Advisor Jake Sullivan also visited the Bolsonaro regime, this time with an emphasis on halting China’s advance in the telecommunications sector. The delegation, headed by Sullivan, discussed this subject with Communications minister Fábio Faria, from Communications, and General Augusto Heleno, from the Institutional Security Office (GSI). The US has been campaigning worldwide against the use of Chinese equipment, yet the Brazilian telecommunications sector is said to be against the barring of Chinese companies.

Sullivan’s delegation doubled down on a Trump-era pledge to make Brazil a NATO ‘global partner’ member, on the condition that it rejects Chinese Huawei and adopts the US model for its 5G network. The promise of NATO partnership is thus also assumed to depend on foreign policy alignment with the United States over Russia-Ukraine.