Under the motto, “Another World is Possible” Fórum Magazine was founded by a group of intellectuals and social movement leaders during a democratic assembly at the first World Social Forum in Porto Alegre in 2001. This article, originally published in Portuguese on March 10, reveals an off-the record meeting between illegitimate president Michel Temer and Supreme Court Chief Justice Carmen Lucia. The meeting is unusual for two reasons. First, Temer is currently under investigation by the Supreme Court for a multimillion dollar bribery scheme in Santos port.  Secondly, the Supreme Court is scheduled to rule on ex-president Lula’s appeal against kangaroo court charges that he received illegal reforms on an apartment that the US-backed prosecution team was unable to prove he ever owned or set foot in. Could it be that political allies Temer and Lucia did not talk about either of these issues yesterday?

On Saturday, March 10, Michel Temer made a visit to the president of the Federal Supreme Court, Carmen Lucia. The meeting took place in the afternoon at Lucia’s residence and was not conducted as part of the President’s official schedule.

The visit took place five days after Supreme Court Justice Luís Roberto Barrosso determined to allow police to investigate Temer’s financial records. It marks the first time in the history of the Brazilian republic that an acting president has had his financial records opened by judicial order.

The order to open Temer’s financial records took place in the course of an investigation into Presidential Decree 595, the Provisional Port Law.  According to investigators, Temer issued the decree to favor Rodrimar company in the Santos Port.

According to Agencia Brasil, the two spoke about public security and the military intervention in Rio de Janeiro. “Temer said that he was committed to collaborate on issues of security, in Rio as well as in other states. The two also talked about the situation in Brazilian prisons, according to the President’s press secretary,” said Agencia Brasil. 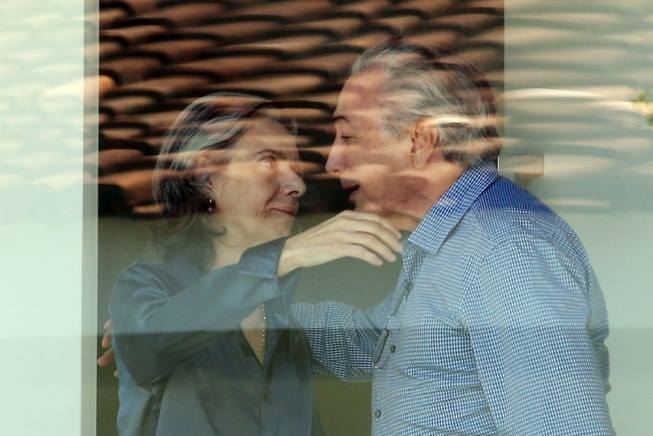