In his academic paper, “The uncomfortable truths and double standards of bribery enforcement,” legal scholar Mike Koehler shows how the US government selectively uses the Foreign Corrupt Practices Act (FCPA) to advance its own objectives. According to Koehler uncomfortable truths related to US use of the FCPA include:

It’s common knowledge that the CIA gave away  bags of money to  government officials in Afghanistan. So why would the US Department of Justice (DOJ), the US Securities and Exchange Comission (SEC) and the FBI be so worried about corruption in Latin America that the US government would prioritize the issue in the 2017 National Security Strategy? In Brazil, where a joint investigation between the SEC, FBI and DOJ with the federal police and public prosecutors office has resulted in one (indirect) impeachment and the probable imprisonment of  ex-President Lula,  who lifted 36 million people above the poverty line, for reforms to an apartment the prosecutors have been unable to prove he ever owned or set foot in, people are beginning to wonder if Odebrecht Construction Company is being used as a Trojan Horse by the US government to commit lawfare attacks against politicians who are not fully aligned with their geopolitical objectives.  As the US government lines its pockets with fines collected during Lava Jato ($210 million from Odebrecht and Braskem alone), I would like to take a look at which Latin American leaders have been arrested or accused and speculate as to why the US government may not consider them to be allies. 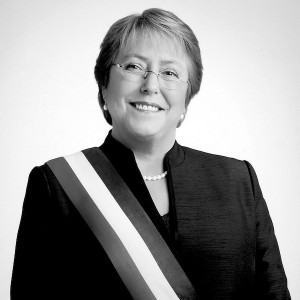 Why the US doesn’t like her:  A lifelong Socialist, she was arrested and tortured by US trained military officers during the US-supported neofascist Augusto Pinochet dictatorship. Pinochet’s officers also tortured her father to death.  Furthermore, her government worked to undo the US-supported neoliberal policies of her predecessor by, among other things,  instituting a welfare system and significantly increasing education spending. In January 2018 it was revealed that, mirroring tactics used by the Nixon administration to destabilize the Chilean economy before the coup of 1973, the  World Bank deliberately lowered its investment rating for Chile during Bachelet’s second term, “for political reasons” causing a 40% drop in foreign investment. 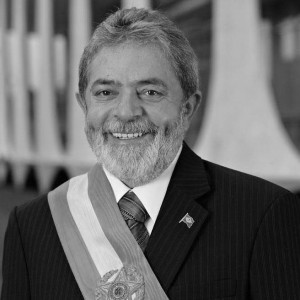 Legal status: On the verge of going to jail for 12 years through the Lava Jato investigation based on one plea bargain testimony from a corrupt Odebrecht businessman who had his sentence reduced after agreeing to change his testimony to implicate Lula.

Why the US doesn’t like him: Refusal to fully privatize the mixed capital Petrobras petroleum company. Keynesian protectionist policies for Brazilian industry. High minimum wages. Attempts to strengthen the BRICS, including moves to abandon the US dollar in petroleum trade with Iran. Most importantly, despite the corruption charges which most Brazilians believe to be fabrication, he is still the leading candidate in the 2018 presidential elections. The US does not want him back in power. 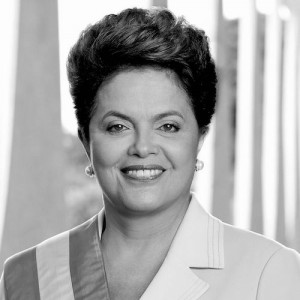 Legal Status: Widely and erroneously associated with Lava Jato corruption in the Anglo media, she was impeached and later declared innocent for a bookkeeping infraction called “fiscal peddling” which was legalized by Congress one week after she left office.

Why the US doesn’t like her: She publicly criticized the Obama administration for spying on her and, shortly afterwords, negotiated a deal for fighter jets with Sweden’s SAAB instead of Boeing. The deal included technology transfer, which Boeing refused to do, so that Embraer could start building them in Brazil and exporting to its neighbours. After the 2016 coup, US puppet ruler Michel Temer announced plans to sell Embraer to Boeing. 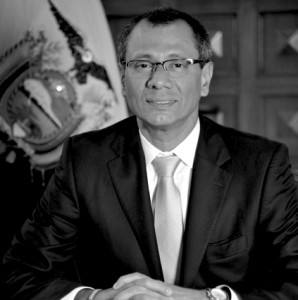 Legal Status: Arrested in October 2017 as part of the Lava Jato investigation for allegedly receiving bribes, based on the plea bargain of corrupt Odebrecht executive José Conceição Santos, who received a reduced sentence and partial asset retention in exchange for his testimony.

Why the US doesn’t like him: He was a target because he was part of a socialist government that the US has been trying to overthrow since 2010.  Ecuador is one of Venezuela’s most important and vocal allies. Could the US have done this to prevent him from running for president? 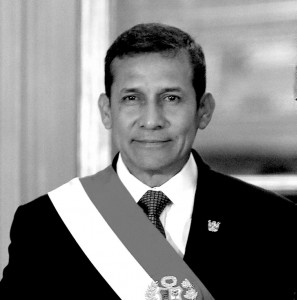 Legal status: Arrested through Lava Jato investigation for alleged illegal campaign donations from Odebrecht in 2011, when he was elected against right wing populist candidate Keiko Fujimori.

Why didn’t the US like him: Humala enthusiastically supported the South American integration project, UNASUR, which regularly criticizes imperialist US policy in Venezuela and other countries in the region 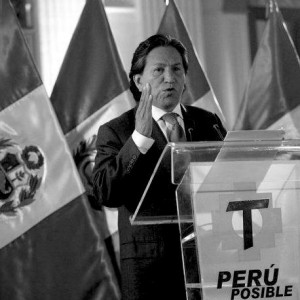 Legal status: convicted of taking bribes based on plea bargain testimony, he is currently a fugitive of justice.

Why the US doesn’t like him: As president, Toledo brokered a bilateral free trade deal with the United States, but was also an enthusiastic participant in Mercosur, the trade block that made bi-regional deals with the European Union, is regularly criticized in the US business community and was victim of US espionage.  Was he not conservative enough for the objectives of US hegemony? 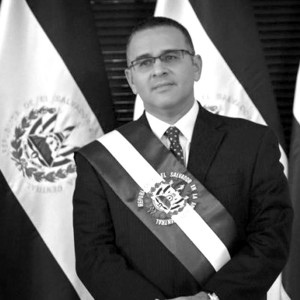 Legal Status: Accused of money laundering by Lava Jato investigators, based entirely on plea bargains. He is currently living in exile in Nicaragua.

Why the US doesn’t like him: He is a member of the FNLM. During the 1980s, US-armed and supported right wing military forces killed 60,000 members and supporters of the FNLM and committed countless cases of torture and rape. The fact that they managed to take power through democratic elections is a thorn in the side of neocons like Otto Reich, who managed to continue influence on the State Department during the Obama years, most notably on issues related to the coup in Honduras. 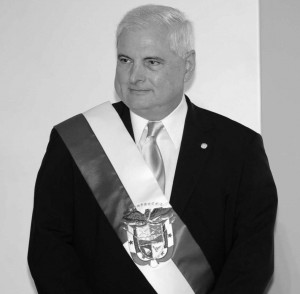 Legal Status: Arrested in Florida for spying in 2017, two of his sons are accused of receiving bribes from the Odebrecht construction company.

Why the US doesn’t like him: Although not known for his center-left policies, Martinelli is a former friend and business associate of Donald Trump’s, and he has been implicated in the Panama Papers scandal. Could he know too much about Donald Trump’s crooked business deals? 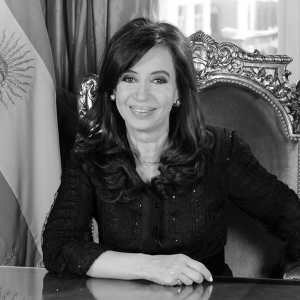 Legal Status: In the only anti corruption investigation mentioned in this article that is not, at least publicly, being conducted in tandem with the US, Cristina Kirchner is currently under lawfare attack by US-backed neoliberal president Mauricio Macri, who is relying exclusively on plea bargain testimony to accuse her of corruption in public contracting in Patagonia. Although not officially connected to the Lava Jato investigation, her lawyer recently resigned citing harassment and bullying of her family, lawfare tactics that have been used by US-trained Brazilian Lava Jato prosecuting judge Sergio Moro against Lula’s attorneys.

Why the US doesn’t like her: Kirchner implemented Keynesian macroeconomic policies to stimulate internal production and consumption, renationalized the water system and other utilities that were privatized under her neoliberal predecessors and was a faithful ally to Cuba, Venezuela, Bolivia and Ecuador, four governments that the US has a vested interest in overthrowing.

Who is the US not prosecuting? 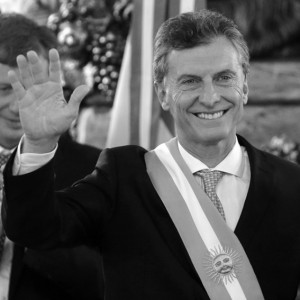 Upon taking office in 2015, Mauricio Macri immediately went to work undoing Kirshner’s social welfare programs, privatizing state industries and implementing deep austerity policies, to the applause of the Obama administration and the Anglo media. Nevertheless, he has been embroiled in corruption scandals for years. One example is that Panama Papers documents implicate him laundering $10 million in the Bahamas. In 2016, Diago Martinez, one of the investigators, complained that the Brazilian public prosecutors office was refusing to help in the investigation. 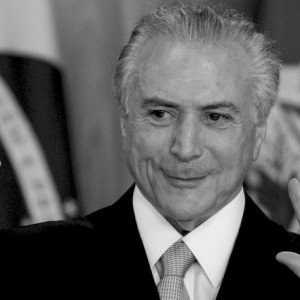 Upon illegally taking office in 2016, Michel Temer immediately began selling off Brazil’s patrimony to American companies and issued a decree to provide R$1 Trillion in tax breaks to oil companies such as Chevron and Exxon, who have started taking over Brazil’s offshore oil reserves. Temer has been involved in many corruption scandals during his political careers. Most recently, the Supreme Court heard accusations that he was involved in corruption, obstruction of justice and running an organized crime group which received R$587 million in bribes. In a move that surprised few, the Brazilian Supreme Court, which has some of its own judges tied up in corruption scandals of their own, dismissed the charges.

If, as academics such as Mike Koelher assert, the US government has a double standard when it comes to support for foreign corruption investigations, it is clear that in the case of Latin America, corrupt leaders who follow Washington Consensus guidelines get a free pass while leaders who don’t fully align with American interests find themselves victims of lawfare.