Pressure mounts on French corporation after it deposits an unsolicited R$1.1 million in account of widow of Beto Freitas, the Afro-Brazilian man who was brutally murdered by Carrefour security guards in Porto Alegre in November, 2020

In November, 2020, protests broke out across Brazil over the brutal assassination of Beto Freitas, a 40 year old, unarmed Afro-Brazilian father of four who was beaten to death by Carrefour security guards in Porto Alegre. On April 28th the French corporation, which earned R$2,8 billion in profits in Brazil in 2020, deposited R$1.1 million reais in the bank account of Freitas’ widow, Milena Borges Alves, despite the fact that she refused the offer, and announced it to the press. Alves, who lives in a favela, says that immediately afterwards people began knocking on her door asking to borrow money.

According to Porto Alegre based human rights lawyer Carlos Barata, this move is deeply troubling for 2 reasons. First of all, by announcing the payment to the press, knowing that Milena Alves lives in a favela with a high organized crime presence, the company has put her personal security at risk of robbery and kidnapping – crimes that periodically happen to lottery winners in Brazil. Secondly, the value of Carrefour’s settlement is lower that the fine it paid after a dog named Manchinha was killed by Carrefour security guards in the parking lot of its store in Osasco, São Paulo in 2018. 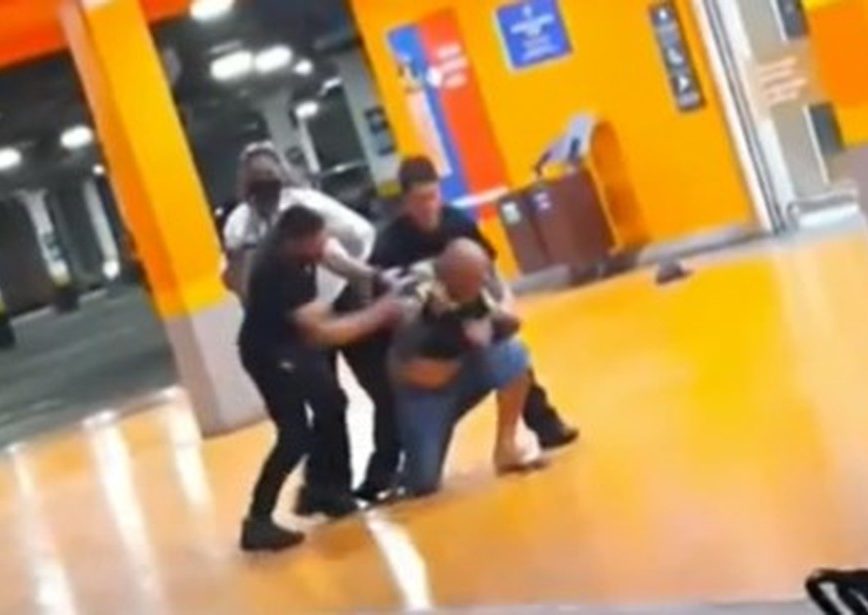 As in the case of George Floyd, a viralizing video of Freitas’ brutal murder at the hands of 2 Carrefour security guards led to nation-wide protests in Brazil in 2020

The fact that the company views a the life of a black man as less valuable than that of a dog was quickly pointed out by Alves lawyers and leaders of the Porto Alegre black movement.

The brutal lynching of Beto Freitas is not the first example of Carrefour employees committing racist acts of violence against Afro-Brazilians. In 2017, a poor black woman who tried to steal food inside a Rio de Janeiro Carrefour was tortured and raped by security guards. In 2009, an Afro-Brazilian man was brutally beaten by Carrefour security guards in São Paulo for trying to open the door to his own car.

The Minneapolis city government recently paid a $27 million wrongful death settlement to the family of George Floyd – over 125 times more than what Carrefour is offering to Freitas’ widow. “Last year, Carrefour profited around R$384,000 an hour in Brazil,” says Barata, “if they continue paying less for killing Afro-Brazilians than dogs, they could afford to kill someone every day and still turn a profit in Brazil.”