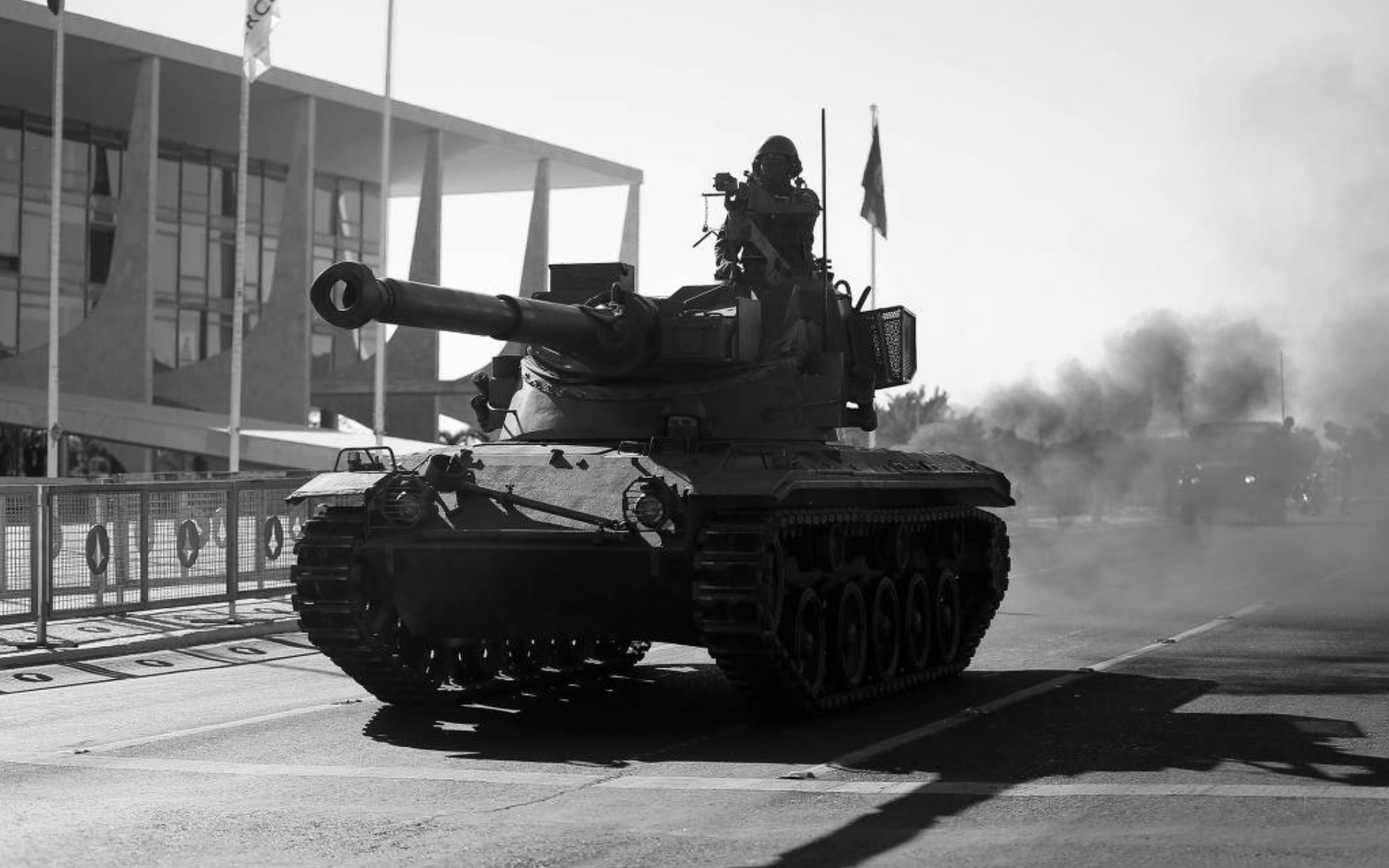 The Desperation Of The Weak

With a cowardly and pathetic parade, Bolsonaro tried to threaten Brazil’s National Congress

By Maria do Rosário*

The greatest fear of those who try to impose themselves by force, brutality and threats is showing weakness. This authoritarian president is not concerned with reality, whether barbaric inflation of food and living costs, the pandemic that kills, the corruption that has been exposed during acquisition of vaccines, or issues of education, health and economics. His delusion requires that he appears to be strong. This involves a lot of noise and spectacle, but no actual work.

With a cowardly and pathetic parade this morning, Bolsonaro tried to threaten the National Congress using something that doesn’t belong to him: the weapons of the Brazilian state. He used the armed forces with the sole purpose of intimidating the Brazilian people and the Parliament. It is the cowardice of the weak that points the State’s weapons at our political rights and our freedom. I predict that it will not be successful.

The golpista narrative of “tightening the rope” was designed to keep Bolsonaro’s far right base mobilized, based on an idea that mobilization on the streets and social networks will encourage the army to take up arms to “save the country from communism”, as happened in 1964. Any honest analyst will recall that at that time the coup movement had the support of sectors of the media, the US, the Supreme Court, the vast majority of Congress, all the right-wing political parties, the most important governors and a significant portion of the population, as demonstrated in the Family March for God and Freedom, which mobilized hundreds of thousands of people.

The scenario back then was is very different from that of 2021, as we are witnessing a collapse of Bolsonaro’s base which, last weekend in Brasília, was unable to mobilize more than a few hundred motorcyclists to a street protest. With its falling popularity, riddled with contradictions with its initial electoral discourse (from the various cases of corruption to an alliance with lawmakers representing the “old politics”), the base is dwindling, isolated, and has few remaining reliable allies. What we see today is street corner barking, the fattening of the state machine with public funds taken from education and health, ridiculous spectacles, and fear that people will realize that they have their feet on the ground.

It’s up to Brazilian society to say no to this smokescreen and focus on what is essential. We need to keep our focus on health, education, saving lives and recovering the conditions to live better, free from the virus and the genocide. Brazil is too big to live on an ungoverned ship. It’s time to get rid of this weak man who does everything but govern and focus on what is needed most: taking the country out of the crisis. Enough of lots of noise and little work.

It’s time to take a serious look at Congress, which is currently under threat. Is it worth continuing on a hallucinatory march of privatization and blatantly inadequate constitutional changes? Are we going to proceed with proposals for an electoral reform which will discharectarize the system?

No. If today it is necessary to enshrine transparency and confidence in the voting system and its electronic voting machines, it is time to raise public consciousness. Even if the popular saying is true that a dog that barks doesn’t bite, it is still unreasonable to give it the opportunity to do so. It’s time to strengthen the impeachment process and prevent the continuation of insane threats against Brazil and its institutions.

I, who have never accepted any cowardice from this man who has always preached hate and acted with violence, suggest facing him with pride. I did it and I beat him in court. We are on the verge of beating him politically. When this happens, this government of death will be over and life and democracy will return as priorities in this country.

*In 2019, Porto Alegre based Workers Party Congresswoman Maria do Rosario won a lawsuit against Jair Bolsonaro for making comments about rape to her on the floor of Congress. She donated the money received to 7 feminist social movements.

This article was translated from Sul 21  by Brian Mier and can be read in its original Portuguese here.