The most fraught election since re-democratisation ended with extreme-right Jair Bolsonaro on 46,03%, short of a first round victory, to the relief of progressive democratic forces in Brasil and the region as a whole.

As occured with Donald Trump’s election in the US and Brexit in the UK, polls uniformly failed to pick up a rightward surge which saw Bolsonaro’s party PSL go from single digits to become the second largest in Congress.

Centre-left Fernando Haddad of the PT (Workers Party) ended on 29,28% with his main competitor Ciro Gomes on 12,47%.

Conservative Geraldo Alckmin, capital’s original choice from the State Department’s traditionally favoured PSDB, collapsed to 4,76%, while the once internationally-backed candidate Marina Silva saw her vote collapse from 16% to less than 1% during the course of the election.

Haddad will now face Bolsonaro in a second round on the 28th October. Both Gomes, Silva and PSOL’s Guilherme Boulos are already in private discussions with Haddad’s campaign about the possibility of forming an antifascist, pro-democracy broad front for the second round, though Silva was publicly reticent to back any candidate.

Results in congress were a calamity for establishment parties MDB and PSDB, while the overall representation for progressive parties increased slightly, yet with some high profile losses in senate. Left candidates made gains in the Northeastern states and will now control all but one of the state governments. The PT lost 5 slots in Congress, dropping from 61 to 56, but is still the largest party represented.

The election has suffered from unprecedented levels of misinformation, and a Bolsonaro victory represents a grave threat to Brazilian democracy itself. With his “Chicago Boy” economic advisor Paulo Guedes, the banking sector have been privately backing Bolsonaro for weeks or more.

An extraordinary effort is needed over the next three weeks if Brasil’s descent towards fascism is to be averted. 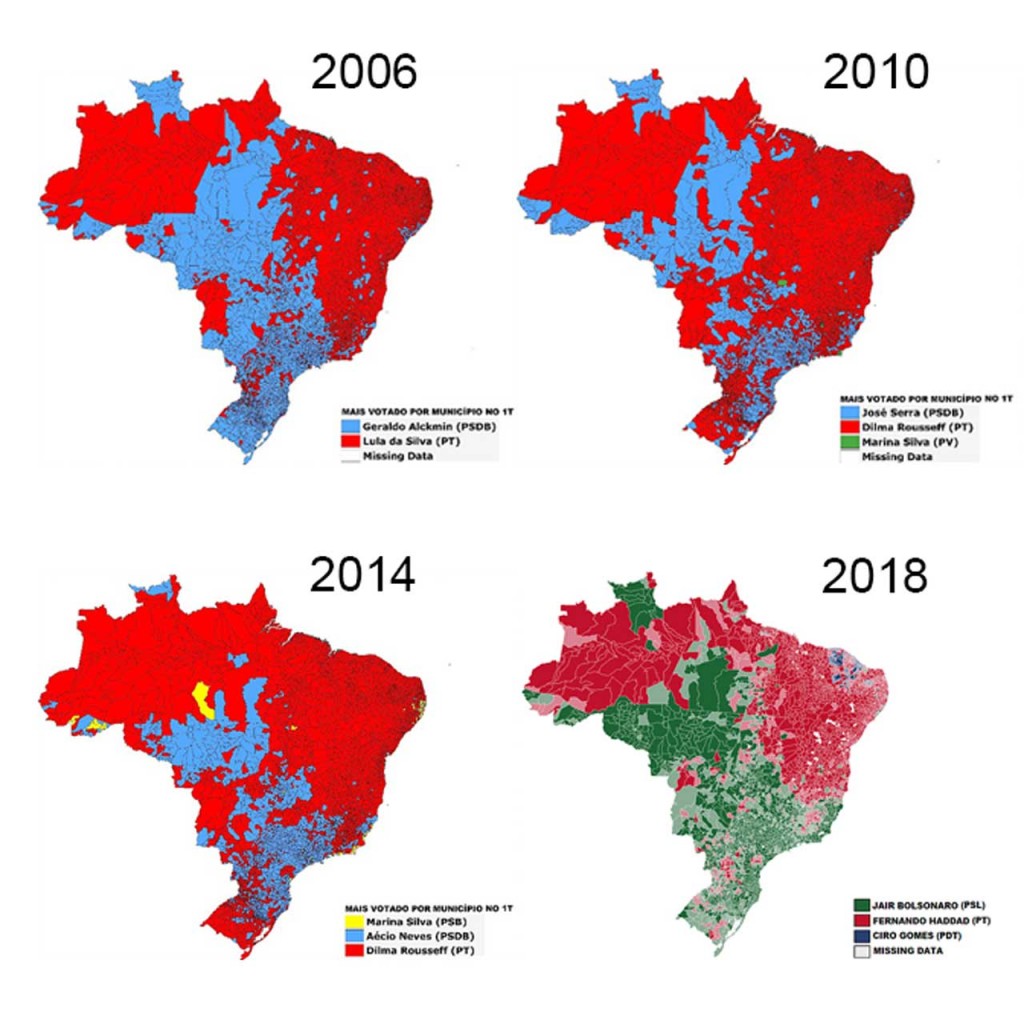