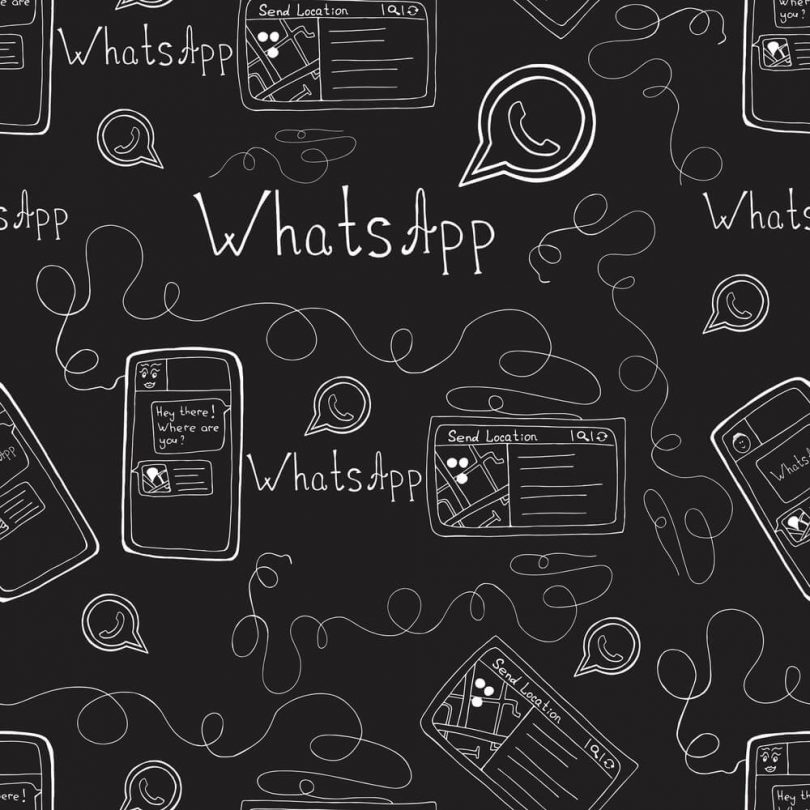 As Mark Zuckerberg jumps through hoops to show he can limit the damage to democracy caused by fake news on Facebook, his WhatsApp platform has been used to convince a large segment of the Brazilian electorate that out of control gays are about to force homosexuality on their children unless they elect an actual fascist. Will Sunday’s first-round presidential elections be the first ever to be won over WhatsApp?

Brazil has some of the world’s most expensive cellular phone airtime. Therefore when Facebook’s WhatsApp messaging app came along, which allows users to make free calls over the internet, it caught on fast. Today, over 100 million Brazilians – half the population – use it every day. Brazilians are the largest consumers of WhatsApp in the world.

Twitter was influential in Middle East regime changes in the so-called Arab spring. Facebook helped propel Obama to power in 2008 and 4Chan helped Trump win the US presidency in 2016. The 2018 Brazilian presidential elections appear to be the first anywhere in which WhatsApp will prove to be a deciding factor. Leading candidate Jair Bolsonaro has avoided television appearances in favor of the social media platform, which allows him and his followers to quickly reach millions of people with slanderous misinformation that is not challenged or regulated in any way, and is believed to be factual by a large segment of the population.

Brazil’s campaign laws dictate that candidates’ television commercials are limited to a certain amount of free airtime which is allocated by the government according to how many congressmen belong to his and his coalition’s political parties. This ensures that, whereas all candidates are guaranteed a minimum amount of free air time, the larger parties and coalitions get more. In the 2018 election season PSDB candidate Geraldo Alckmin, who was initially Wall Street’s favorite due to his support of the Temer government’s deep austerity cuts and petroleum privatizations, was allocated 5:30 of commercial airtime in each of the two daily 25 minute political commercial blocs. PT candidate Fernando Haddad got 2:22. Fernando Meireles from PMDB got 1:50. For the first time since the end of the dictatorship, however, the leading candidate in a Brazilian Presidential election has been almost invisible on TV. Jair Bolsonaro, from the tiny, neofascist PSL party, has only had 8 seconds of airtime per commercial bloc. Furthermore, he has repeatedly refused to participate in television debates. How has he emerged as electoral front-runner? The first factor was the arrest, with no material evidence, of leading candidate Luiz Inácio Lula da Silva. Unlike 1400 other current candidates in the Brazilian elections who have similar appeals processes underway and were allowed to run for office by the electoral courts, Lula was removed from the election in direct defiance of Brazilian electoral law and a legally binding order from the UN Human Rights Committee. His arrest has clearly led to a rise of fascism in Brazil. The second key factor is Bolsonaro’s campaign and supporters use of the WhatsApp messenger platform which is impossible to police for Brazilian crimes such as hate speech, conspiracy to incite violence and slander, making it a perfect platform for committing character assassination against anyone from ex-lovers to professional and political rivals.

When 4 million women joined the #elenao (#nothim) Facebook group in protest against Bolsonaro and planned one of the largest anti-fascist protests in history, his campaign and his followers (it is nearly impossible to ascertain the difference through WhatsApp) immediately swung into action to discredit the protest. Working through thousands of chat groups of 256 members each, they circulated photos from a recent gay pride parade of topless lesbian activists and said that they were taken at the #elenao protests. They worked to specifically target evangelical Christian women, coupling the photos with messages like, “This is what [PT candidate] Haddad thinks about family values”. Around one million people took to the streets on September 30 against Bolsonaro in 300 cities and 21 countries around the world and celebrities like Madonna publicly expressed support for the campaign, but when the poll results started coming in a few days later, woman’s support for Bolsonaro had increased, giving him a 5% jump and propelling him into a projected tie with Fernando Haddad in the run off.

TV Producer Janaina Avila recently published a list of 15 lies that the Bolsonaro campaign has specifically targeted evangelical Christians with on WhatsApp. These include the following: 1) If PT candidate Fernando Haddad is elected, children will become property of the state and have their gender declared by government bureaucrats at age 5; 2) While mayor of São Paulo, Haddad distributed penis shaped baby bottles at public preschools; 3) Vice Presidential candidate Manuela D’Ávila according to a photo-shopped picture wore a T-shirt that said, “ Jesus is a Transvestite”; and 4) One million Bolsonaro supporters took part in a protest on Paulista avenue in São Paulo last week.

Facebook has made efforts to limit the amount of fake news in Brazil, pulling down nearly 200 anonymously run sites connected to the alt-right Movimento Brasil Livre group after it spread the lie that slain Rio city councilwoman Marielle Franco was a former drug trafficker, but the company has not made any effort to slow the spread of lies on WhatsApp. As Ygor Salles, Social Media Editor from the Folha de São Paulo newspaper says, “policing WhatsApp would put Mark Zuckerberg in a catch 22. The success of the app is based on the the promise that all communications are encrypted. If they start regulating it, users will believe they were lied to and stop using the platform.”