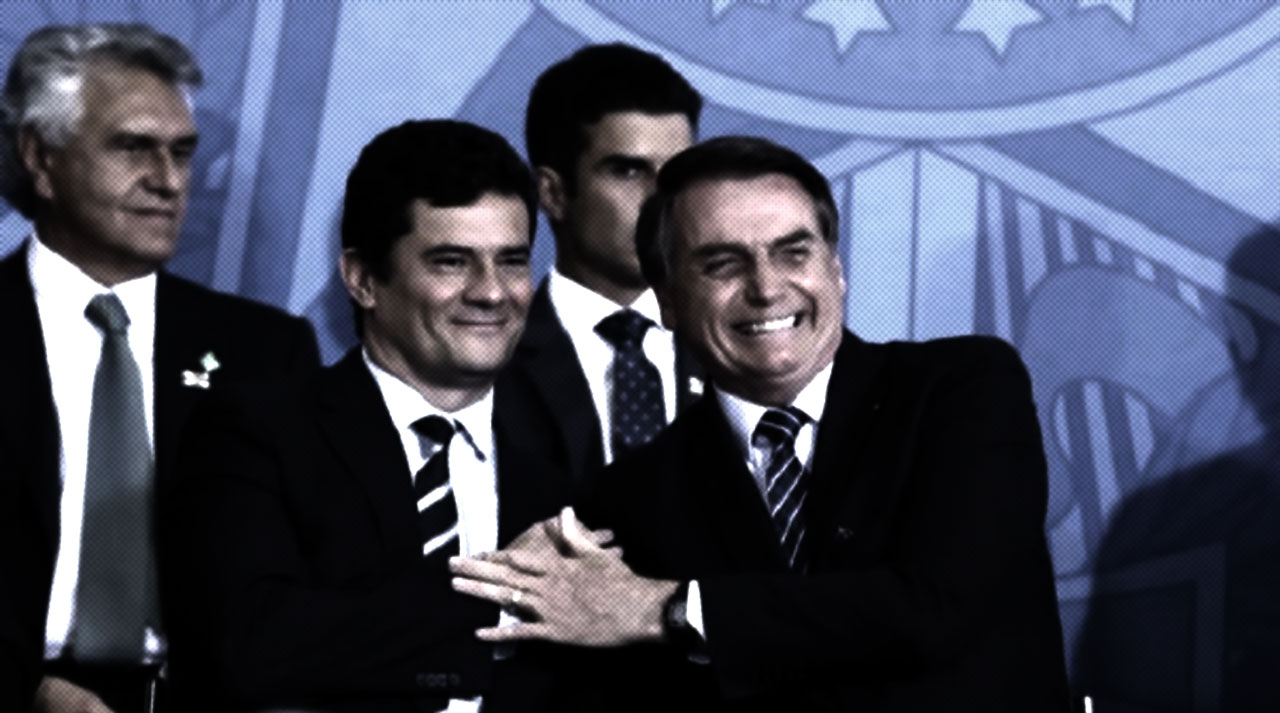 On a day of important victories for former President Lula at Brazil’s Supreme Court, it was concluded that disgraced “anti-corruption hero” and former Bolsonaro Justice Minister, Sérgio Moro, acted to influence the result of the 2018 election, and violated the legal system.

This comes as the scale and influence of United States involvement in Operation Lava Jato becomes clearer, with more evidence coming to light of FBI agents meeting Brazilian prosecutors frequently and in secret during Lula’s prosecution process.

We have published over 200 articles on joint US-Brazil lawfare operation Lava Jato since 2014. Explore them here.

Lava Jato’s anti-corruption campaign underpinned both the 2016 coup centred around the impeachment of President Dilma Rousseff, and the 2018 election of Jair Bolsonaro, through both the imprisonment of leading candidate, Lula, and the effort to influence the second round runoff between Lula’s stand-in Fernando Haddad, and far-right Jair Bolsonaro.

Workers Party national president, Gleisi Hoffmann, celebrated the decision. “The STF has just recognized, in the trial of an appeal by Lula’s defense, that Sergio Moro acted politically in 2018 by illegally leaking Antonio Palocci’s testimony on the eve of the election,” she said on her Twitter account. “It’s official: Moro acted to elect Bolsonaro”.

This decision throws the legitimacy of the 2018 election and the Bolsonaro presidency into grave doubt, and detonates the central narrative of what has been happening in Brazil politically since 2014 or earlier.

The ruling also opens up new concerns about foreign support for Moro and Lava Jato taskforce, for example from corporate lobby Council of the Americas, whose members have greatly benefitted from Dilma Rousseff’s 2016 impeachment, which was underpinned by Lava Jato’s campaign, and Lula’s imprisonment itself which opened the door for a Bolsonaro presidency, the most submissive to Wall Street interests in Brazilian history. Support for Lava Jato also came from the Atlantic Council, a think tank linked to NATO, to which Brazil has now become a strategic ally. In addition, both US and UK legal firms were contracted to work on operation Lava Jato.

Such support leads to questions about how and why Lava Jato’s propaganda was so readily and unquestioningly published internationally by the likes of the BBC, Washington Post, Guardian and New York Times. Department of Justice involvement in Lava Jato has been known since the beginning of the operation, and it has been featured on the DoJ’s own website since 2016. Yet this publicly available information has gone almost unmentioned in anglophone media even now. Dissenting voices on Lava Jato were ignored or accused of “conspiracy theory” by high profile US and UK journalists covering Brazil.

Lula’s lawyer Cristiano Zanin remarked following the result: “The Federal Supreme Court today made important decisions about due process and the right to due process – as opposed to lawfare.”

Interference in the 2018 election

The decision by 2 votes to 1 confirmed a breach of impartiality by former federal judge Sérgio Moro in the case involving the conviction of former President Luiz Inácio Lula da Silva.

Minister Ricardo Lewandowski described the suspicious behaviour of the judge, who disclosed on the eve of the 2018 presidential election the content of a plea bargaining agreement with former finance minister Antonio Palocci, thus interfering in the result of the election, benefiting the current President of the Republic, Jair Bolsonaro, who in turn then invited Moro to serve as Minister of Justice.

Lava Jato’s most vociferous cheerleaders, at home and abroad, have attempted to explain away this sequence of events for two years.

Lewandowski outlined what he called an ”unequivocal breach of impartiality”, “On the eve of the first round of the presidential election, which took place on October 7, 2018, and after the end of the procedural instruction in the records of the Criminal Action 5063130-17.2016.4.04.7000 / PR, the then federal judge Sérgio Moro issued a decision, determining the lifting of secrecy and the transfer of part of the depositions provided by Antônio Palocci Filho, in an plea-barganing collaboration agreement, to the records of that criminal action”, Lewandowski continued.

The Supreme Court Minister stated that  Sergio Moro, “in addition to directly and relevantly influencing the outcome of the electoral dispute, as numerous political analysts assert,” that he “violated the accusatory system, as well as the guarantees constitutional rights of the adversary and broad defense”.

“The aforementioned judge agreed, in a completely extravagant way, that he would take into consideration, as regards the co-accused persons,‘ only the testimony given by Antônio Palocci Filho under contradiction in the present criminal action. Now, if the aforementioned collaboration agreement could not be used when the sentence was pronounced on that occasion, why did the magistrate officially determine, and after the end of the procedural instruction, its insertion in the criminal proceedings and the lifting of secrecy, precisely in the week before the first round of the electoral dispute? ”, Lewandowski asked.

STF Minister Gilmar Mendes agreed that “This delay appears to have been carefully planned” by Moro to generate political impact in the week before the first round of the 2018 presidential election.

According to the Lewandowski, Moro acted “in a completely extravagant way” in his release of the Palocci testimony.

He questioned: “Now, if the aforementioned collaboration agreement could not be used when the sentence was pronounced on that occasion, why did the magistrate officially determine, and after the end of the procedural instruction, its insertion into criminal proceedings and the lifting of secrecy, precisely in the week before the first round of the election?”.

Lewandowski confirmed that Moro’s conduct will now itself be investigated by the Supreme Court.

The second victory for Lula and his defence team came from the same Supreme Court panel, which voted to grant the Workers Party leader’s defense team access to all documents used in the leniency agreement signed by Odebrecht with the Federal Public Ministry. This was also delivered by the votes of Gilmar Mendes and Ricardo Lewandowski, while Lava Jato’s rapporteur, Minister Luiz Edson Fachin, voted against.

Crucially the ruling includes  access to documents from the United States and Switzerland, and allow the defence to view Drousys and MyWebDay accounting platforms used by Odebrecht, which until now only Public Ministry attorneys had access to. So far access to these have been withheld due to alleged and disputed problems with encryption passwords.

Fachin had voted to maintain a decision delivered last year that gave Lula restricted access to the Odebrecht leniency agreement, estimated to have been worth R$ 3.8 billion. The defense lawyers of the former president, Cristiano and Valeska Zanin Martins, wanted to analyze the agreement before the Federal Justice of Curitiba decides whether to condemn the political leader or absolve him in a criminal action aimed at the Lula Institute.

Ricardo Lewandowski warned of a “judicial or ministerial dictatorship” if the accused are not granted full access to evidence collected against them.

Zanin commented that the decision reinforces suspicions about the partiality of Moro. “The defense strategy is, first, the observance of due process. Second, eliminate any form of collusion between prosecution and defense. Third, to act for transparency and so that we do not have secret boxes, as was said not by the defense, but here I borrow the words of the eminent attorney general of the Republic ”.

The Supreme Court’s latest decision only amplifies the gravity of such disclosures.