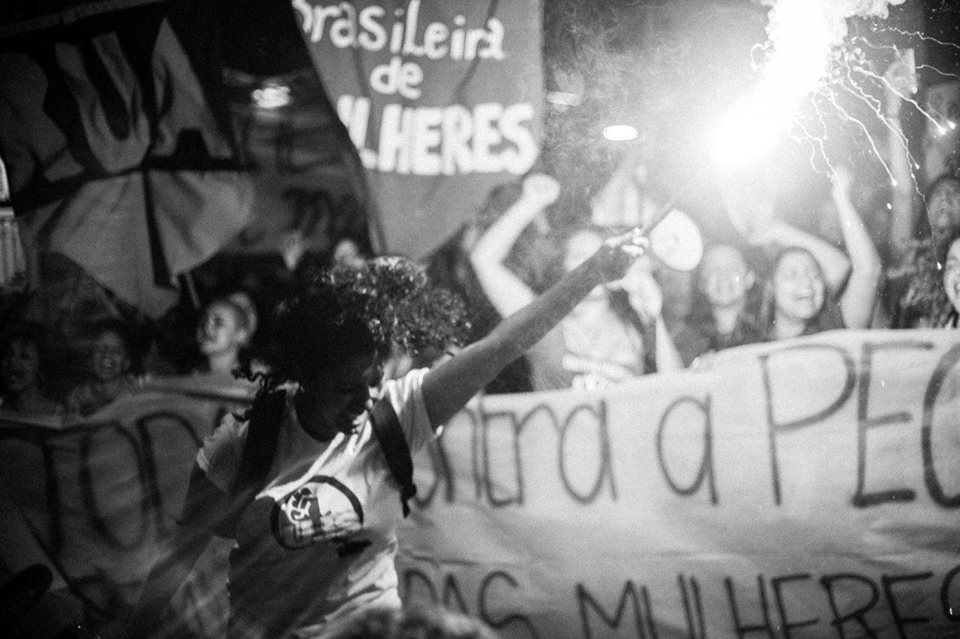 The protest, which temporarily shut down Paulista Avenue, comes on the heels of a recent victory in Argentina and on the eve of a Federal Supreme Court hearing about decriminalization.

São Paulo, July 19th, 2018 – Under the banner, “It’s Our Time to Legalize Abortion – SP”, thousands of women gathered on Oswaldo Cruz square to protest in favor of decriminalizing the voluntary interruption of pregnancy. According to movement organizers, this second demonstration, which occupied part of the major thoroughfare of Avenida Paulista, is connected to a discussion on the theme which will take place in the Federal Supreme Court in August. The public hearings, scheduled to take place in the Supreme Court on August 3rd and 6th, are expected to intensify the campaign to legalize abortion and will feature debates over the possibility of modifying articles 124 and 126 of the Penal Code, which classifies the interruption of pregnancy as a crime in Brazil.

For feminist activist Isabel George, who participated in the demonstration, the decriminalization of abortion is an important step forwards, most importantly because it is a public health issue. “We had a meeting before this protest and we spoke with public health officials about how women who end up having abortions are very poorly treated in the public hospitals and are afraid of being indicted. All of this because abortion is treated as a crime. With legalization, we hope that treatment will be more humanized and accessible to all women,” she said.

The Brazilian protests took place on the heels of the Argentinian Congress’ approval of the decriminalization of voluntary interruption of pregnancy. On August 8th, the decision will be voted on by the Argentinian senate.

This article originally appeared in Portuguese in Rede Brasil Atual, and can be seen in its original form here.