Beco de Batman, the São Paulo alley that is world famous for its graffiti art, has been painted completely black in mourning over the police murder of popular local artist and cultural icon NegoVila Madalena.

Last Sunday, the Vila Madalena neighborhood on São Paulo’s west side awoke in mourning. The famous graffiti of Beco do Batman made way for black painted walls and phrases asking for justice for the murder of one of the most beloved artists in the neighbourhood: Wellington Copido Benfati, known as NegoVila Madalena .

“NegoVila was everything for Vila Madalena. Nego was a friend of everyone, he was always loved by everyone ” – Friend and collaborator, Neg

NegoVila was shot dead after trying to break up a fight in front of a neighborhood liquor store. The shot was fired by Military Police Sergeant Ernest Decco Granaro, 34, who was arrested in the act for murder (as confirmed by the Secretariat of Public Security).

The case was registered by the 14th Precinct (Pinheiros), at 4:48 am on Saturday (11/28), which is investigating the case, as well as the Military Police, which opened its own inquiry. Decco was taken to the Romão Gomes military prison, in the north of the city. He was off duty at the time of the shooting.

According to the version recorded in the police report, the Military Police who took the case, Wander Luiz Riehl and Valeska de Almeida Scarenallo, were on patrol and heard two gunshots. They went to the site of the shooting, Royal Bebidas, located between Deputado Lacerda Franco and Inacio Pereira da Rocha streets.

According to the police report, Wander approached Decco, gun in hand, asking him to put his hands on his head, when Decco, “showing calm” identified himself as a military policeman.

Decco did not follow Wander’s orders, so he had to disarm the off duty cop. Decco continued to refuse orders made by the on duty officers and needed to be handcuffed.

According to the police report, NegoVila arrived alive at the hospital in Lapa, but died while receiving medical attention. The handcuffs were removed from Decco with the arrival of Lieutenant Cesar.

In the report made at the police station, Decco said he was physically assaulted and that he defended himself. He also said he was surrounded by several people who beat him and tried to get his gun, so he fired into the air. Two witnesses confirmed that version of events, but four other witnesses told police that Decco initially fired without hitting NegoVila, but when the musician was on the ground, Decco fired for a second time. Witnesses said Decco did not fire a third time because one of them threw themselves to the ground to shield NegoVila’s body.

Police Delegate Lethicia Faria Fadel said that none of the people interviewed knew how to explain how the incident began, registering the case as a homicide and requesting that Decco be sent to the Romão Gomes prison. Decco is second sergeant at the 3rd Company of the 13th Metropolitan Battalion of the São Paulo Military Police. The reporter tried to contact the Military Police’s lawyers, but has not yet received a response. 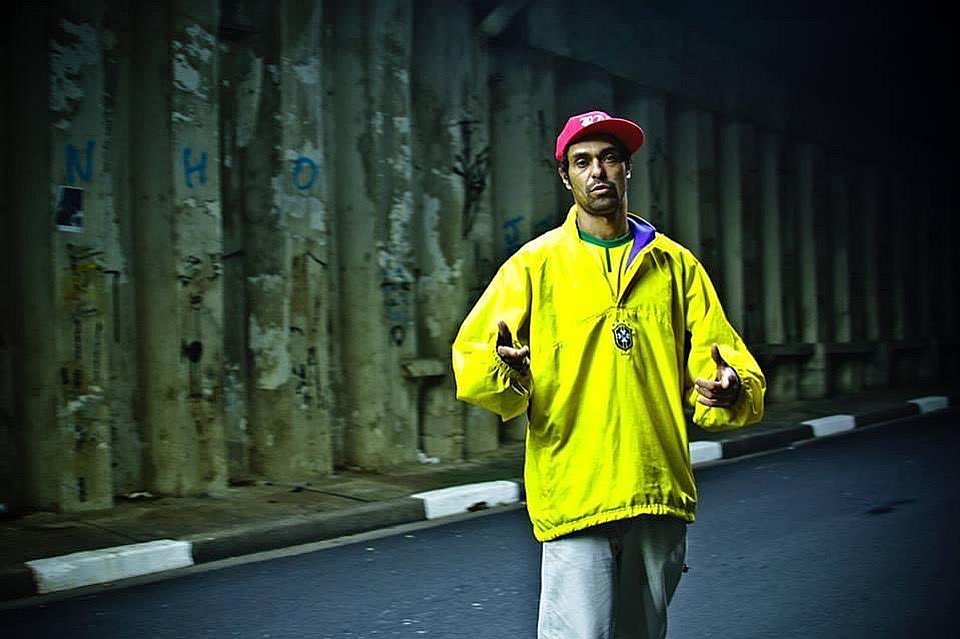 Ponte spoke with one of the witnesses who testified at the police station. Administrative analyst Luana Cruz de Campos, 37, detailed how NegoVila was killed by the Military Policeman.

Before the confusion, she was talking to a friend at the location. “I was on my back talking to her. When I turned around, the confusion had begun. I didn’t see what happened, but the crowd said that Nego went to defend a friend. When I saw what was happening, I tried to get Nego out of there, but he pushed me away. There were several people in the middle of all the confusion and then we heard a shot in the air. The crowd started running and, soon after, we heard another shot. I was looking for Nego and that’s when I saw him on the floor”, Luana said.

At that moment, the analyst went towards the musician and saw the PM pointing the gun at his chest. “It was then that I threw myself at Nego, asking to please stop shooting. The Policeman walked away and then when Nego told me he was shot, I stayed by his side asking him not to close his eyes, until help arrives”.

Another witness, parliamentary assistant Mariana Judica, 30, also spoke with Ponte. She said that the group were having a final drink of the night, “in happiness and tranquility”, when a discussion began.

“It was when Nego, who was always so protective and having the respect of all of us, who are children of sensitivity and peace, asked for the fight to stop, because it was a place for us to socialize”, he detailed. “The Police was not even participating in the fight, he punched Nego in the face for no reason, and he retaliated. At that moment, we all got into a brawl”.

Mariana said that the policeman acted “unprepared” and “coldly”, crossing the street and shooting into the air. “When he fired, we all ran. Nego stood in front of him, with open arms, surrendered, asking for peace. When Nego walked away, he tripped and fell to the ground, then the Policeman shot him dead”.

At the police station, while witnesses were giving statements, Mariana said that Sargeant Decco was without handcuffs “eating, and drinking soda as if he were a victim.” 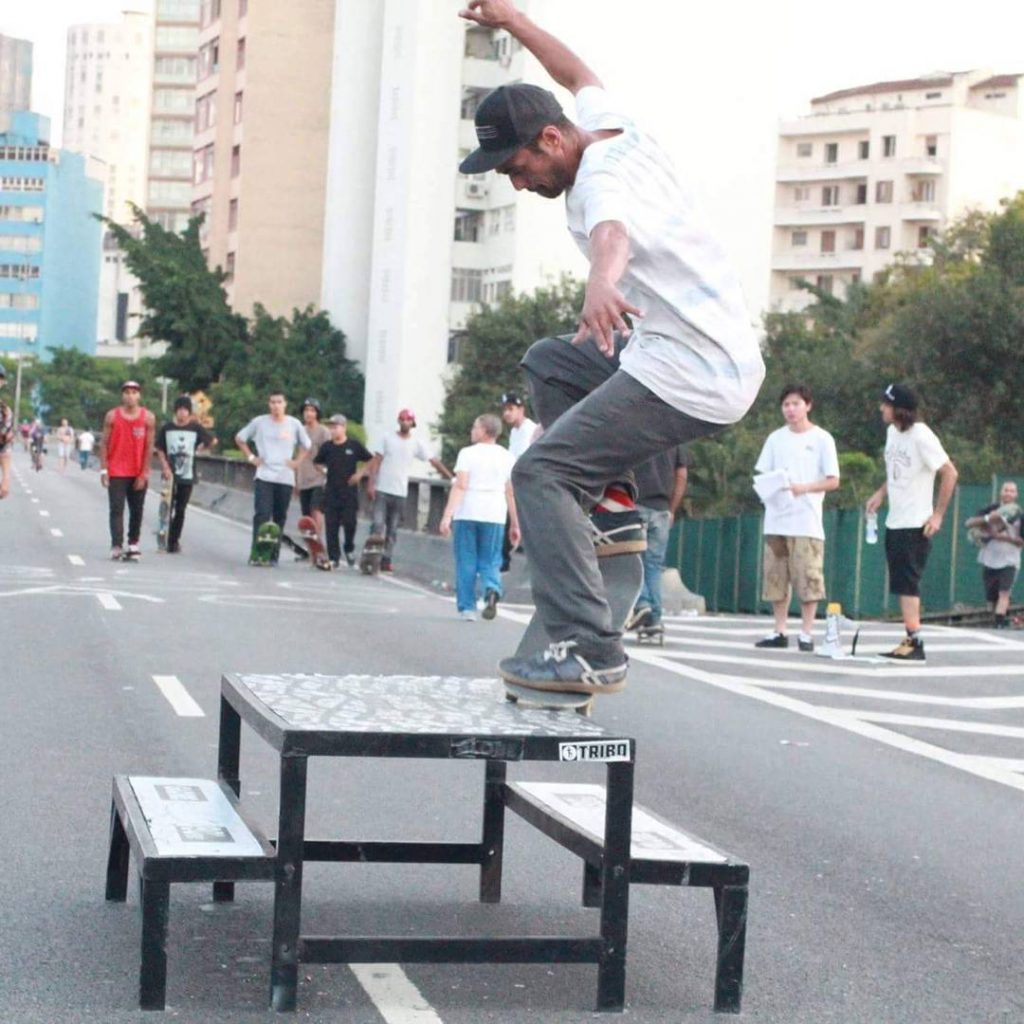 For Mariana, NegoVila was “pure culture”. “He always showed us that culture saved lives. In all the cultural projects in our neighborhood there was a little bit of Nego ”.

Friends and admirers promise not to let the artist’s death be forgotten and will hold protests over the next few days demanding justice for the artist, whom they consider a cultural icon of the region.

The visual artist was a rapper, skater, graffitist and helped in cinema and commercial film productions.

He left behind a 9-year-old daughter.

In an interview with Ponte, Neg, 39, a member of the rap group Família Madá and a childhood friend of NegoVila recalled “He was my best friend, we had known each other since I was 11 years old. He taught me how to skate, he was an original, he was crazy, he was unique.” Neg was with NegoVila on the night of the murder, but left early in the morning. “Nego lived here with me, with another friend and my mother. That day, we went to samba, a friend was going to play in a bar on Rua Fradique Coutinho”. “I asked him to come with me when I left, but then he said he was going to call my mom to see if she wanted anything. I left and he stayed there”, Neg lamented.

“NegoVila was everything for Vila Madalena. Nego was a friend of everyone, he was always loved by everyone”. 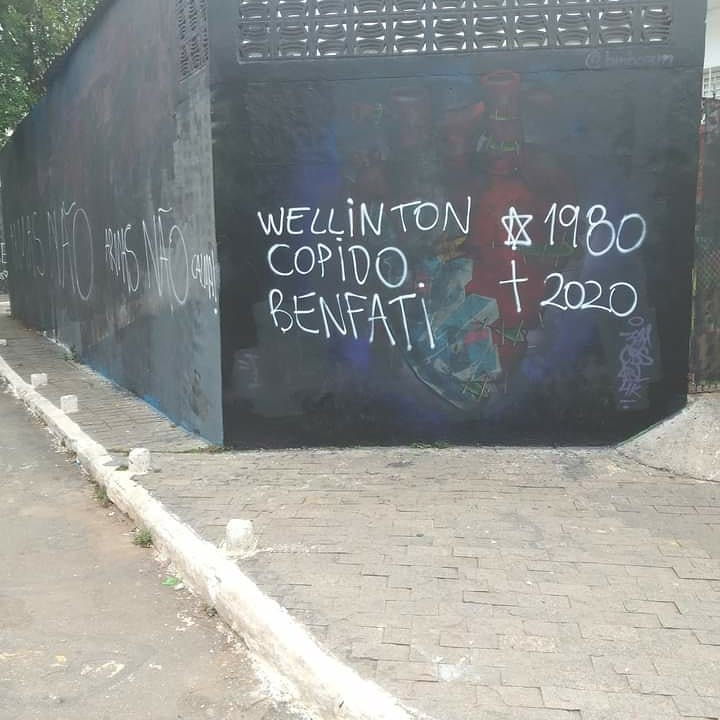 Originally published in Portuguese by Ponte Jornalismo, translated, edited for readability and republished with permission.