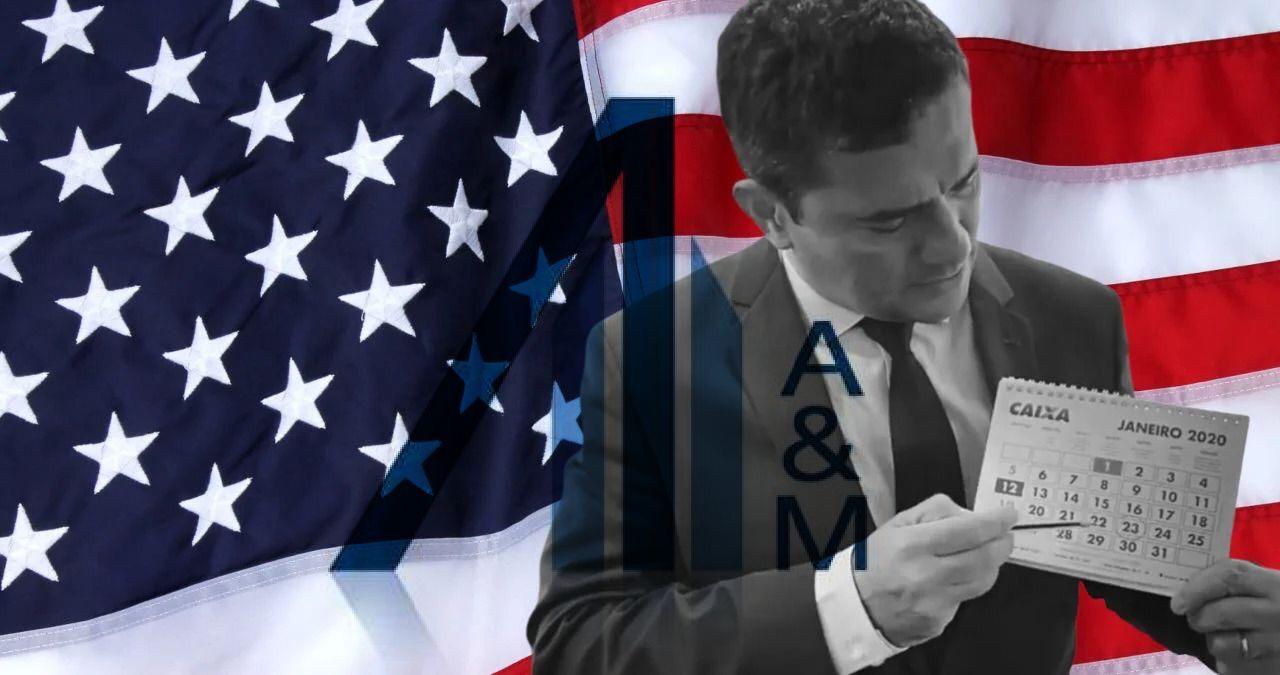 The Lava Jato judge and former Bolsonaro administration Justice Minister will now work with former NSA, DOJ and FBI officials in a consulting firm that has already collected R$17 million for helping rebuild the companies he destroyed in 2015 during the lead up to the coup against Dilma Rousseff.

It is very strange to see Sérgio Moro accept a partnership/directorate position in Alvarez & Marsal. Suddenly, out of nowhere, he is a director of the company. There are serious ethical issues and conflicts of interest involved.

Alvarez & Marsal is a consulting firm – it is not a law firm. Moro says he will not provide any legal services. What will he do then? What is the company doing? The Brazilian Bar Association (Orden de Advogados do Brasil/OAB), a former judge and a former Justice Minister have already made separate inquiries demanding discrimination of these services to see if they meet ethical guidelines. The company’s response has not been very specific – something that seems to happen with everything that involves Sérgio Moro. At first the company said it was supporting the legal reorganization of Odebrecht and OAS. In order to do this it would have to be appointed to those tasks by a judge – something that has not happened. Now they are saying that they work to help companies recover from “hardship”, and have added that they are also working with Queiroz Galvão and Sete Brasil – two other companies that were paralyzed by Lava Jato.

Moro’s rulings destroyed these companies. He did not merely punish executives for committing criminal acts – in fact, nearly all of them were acquitted by means of coerced plea bargain testimonies. He levied extremely heavy fines on these companies while giving slaps on the wrist to the executives who committed the crimes. Now he will work on recovering these companies. He even announced, ironically, that at he will “help companies to do the right thing”. Moro, who graduated from law school in northern Paraná, has worked as a lawyer, federal judge, law professor at Curitiba Federal University and National Justice Minister. In terms of service provision, he has spent his whole life practicing law. So, if Alvarez & Marsal has announced that he will not practice law, what will he do?

When they hired him, Alvarez & Marsal introduced Moro as an expert on “leading anti-corruption investigations” and “advising clients on regulatory strategy and compliance”. Did he engage in these activities as a judge? They are not part of a judge’s role. Judges have one role, investigators and advisers have others.

In announcing an ethical investigation into Moro’s activities at Alvarez & Marsal, OAB President Felipe Santa Cruz said “Moro is lending the assets of Lava Jato to a company that is profiting from the results of the investigation.”

Alvarez & Marsal released a statement announcing that Moro will work alongside figures like Steve Spiegelhauter (former US DOJ Prosecutor, whom Lula’s lawyers accuse of working illegally on the imprisonment of ex-President Lula); retired FBI special agent Bill Waldie; former Cook County States Attorney Anita Alvarez; and Robert De Cicco former employee of the NSA, which was accused of spying on Petrobras and President Dilma Rousseff in 2014.

The hardest part of this episode is seeing someone who Brazilians idolized and loved – someone who was deified by the media – lie to and betray our people. Pelé and Garrincha honored the love of the Brazilian people. So did Getúlio Vargas.

This article originally ran in Brasil 247 and was translated by Brian Mier.

How The US Left Failed Brasil

Brasil is not Rio

The Balkanisation of Brasil?