Marisa: The Violence Of Lawfare And The End Of A Lie

On Friday 26th March 2021, TV Globo’s flagship news bulletin Jornal Nacional made an admission with serious ramifications. After six years of relentless smears, often briefing direct from the Lava Jato task force, they were forced to admit that the politically motivated ‘Triplex’ case against former president Lula, which removed him from the 2018 election and brought Bolsonaro to power, should never have gone to trial. This injustice had a direct human cost; the death of Lula’s wife, Marisa Letícia.

On March 24, a court in São Paulo ordered the OAS construction company to reimburse ten years of monthly payments on an apartment in Guaruja, São Paulo, to the family of former president Lula da Silva. This new ruling hinged on that Lula’s late wife, Maria Letícia, had canceled the purchase and asked for her money back in 2015. This in turn showed that any legal ties between Lula’s family and the now infamous Solaris building in the coastal city were terminated before the investigation which imprisoned him even began.

This new ruling forced Globo’s Jornal Nacional to finally acknowledge that the case against Lula, which kept him out of the 2018 election, had no basis.

Just weeks before, Sérgio Moro’s prosecutions of Lula were annulled by the Supreme Court. This was followed by the STF’s vote to designate Moro a suspect of a felony; judicial bias, the worst crime a sitting judge can be accused of in Brazil, for illegal acts and abuses of process in his pursuit of Lula.

Even after the Supreme Court rulings, Lava Jato’s supporters at Globo and other media such as newspapers Folha and Estadão had attempted to perpetuate an impression of guilt; that Lula’s clearance was simply a matter of procedure, a technicality, with the inference that he would inevitably be found guilty again, eventually. This impression echoed internationally, such as in Christiane Amanpour’s interview with Lula on CNN. “They may not find him guilty, but we all know he’s guilty” was a persistent innuendo throughout Lava Jato’s reign.

What we were seeing were the final murmurs of a six year PR campaign designed to deify Moro and demonise Lula, Brazil’s most popular former president. This sprawling campaign included feature films, Netflix dramas, books, Moro-dedicated magazines, Transparency International, other NGOs and Globo’s Jornal Nacional itself, which for much of that time repeated Lava Jato’s endless accusations against Lula and the Workers Party verbatim. These segments were delivered daily, always against the same backdrop; an animation of oil pipelines spewing 100 real notes. The Petrobras bribery scheme it depicted had nothing to do with Lula’s actual case, and the repetition of this imagery was part of a propaganda campaign that will be studied for years to come.

The use of media spectacle, such as that of his coerced testimony in March 2016 was an explicit part of Lava Jato’s strategy. Instead of him attending a police station voluntarily for questioning, as he would’ve done, he was seized with the media present, having been advised in advance. It was trial by television, which Brasil Wire reported critically at the time. English language media on the whole went with assumed guilt and Lava Jato’s own narratives.

The hacked conversations found that Globo journalist Vladimir Netto son of journalist and Globo’s main economics commentator, Miriam Leitão, was working directly with the Lava Jato task force, which planted stories, often based on edited, illegally recorded audio, at key moments for maximum political effect. This was done to bolster the campaign to impeach Dilma Rousseff, control public perception before and during Lula’s trial, and to damage his substitute Fernando Haddad during the 2018 election. In the leaked conversations, the Lava Jato prosecutors can be seen praying that Bolsonaro would win the election.

In addition, Lula’s arrest was called “a gift from the CIA” by Lava Jato task force head Deltan Dellagnol, in leaked conversations between Lava Jato prosecutors, which were revealed by hacker Walter Delgatti who now faces a 300 year prison term.

The Supreme Court will vote again on whether to uphold Minister Edson Fachin’s annulment of Lula’s convictions on April 14. It is now even more difficult to envisage a scenario where the STF would reverse the annulment of Lula’s Lava Jato prosecutions, but this is Bolsonaro’s Brazil.

Many believed that Fachin, whom Lava Jato prosecutors celebrated as an important ally in private messages, had attempted to save Moro and head of task force Deltan Dallagnol from investigation, through dropping the Lula charges. If such an investigation went ahead, using 6tb of Delgatti’s hacked conversations as evidence, far more damaging revelations about Lava Jato and those involved, including foreign governments, would be bound to come to light. 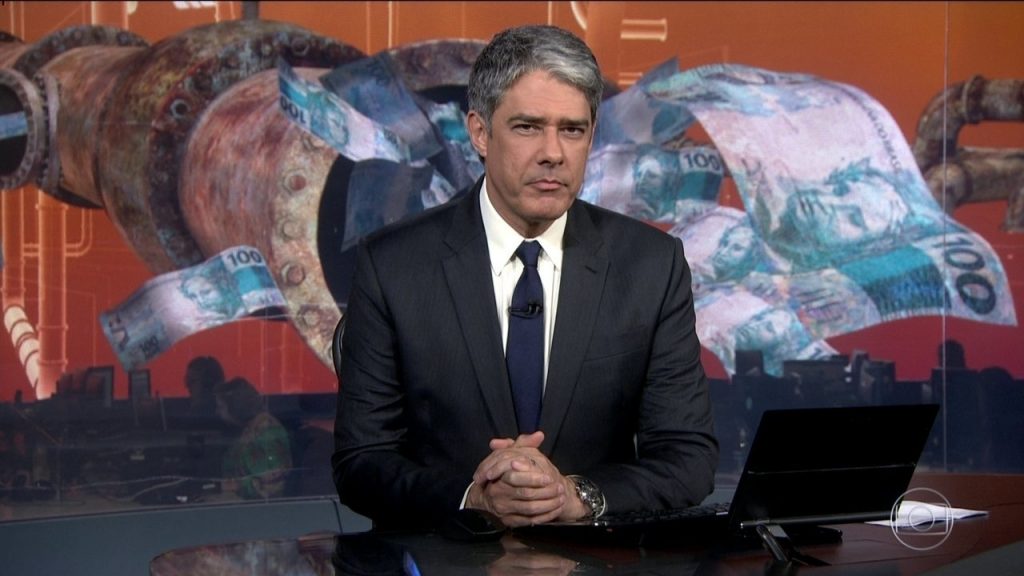 The violence of lawfare

Born in a rural area of São Bernardo do Campo, in the state of São Paulo, Marisa campaigned on the streets for the foundation of the Workers Party in the late 1970s, as the dictatorship relaxed rules barring political organisation. She designed its iconic flag, pushed women’s participation in the nascent party, and on May 8, 1980, she organised a march for the release of union members arrested in the metalworkers strike that year. The metalworkers leader was her husband, Lula da Silva. Marisa saw him lose in three presidential elections, then, as Brazil’s first lady, watched him lead one of its most successful governments in its history.

But Marisa did not live to see herself or her husband exonerated. On January 24 2017 Marisa suffered a ruptured aneurysm, triggered by stress after Lava Jato ordered Federal Police to raid her and her children’s homes. Nine days later Marisa died in hospital.

Defence lawyer Valeska Martins talked about the violence of Lawfare, and would cite Marisa’s story to our friend and partner the late Michael Brooks, as an example of this violence. In a rare interview in English on Lula’s ‘Kafkaesque’ imprisonment, Martins explained the sheer extent of it:

“Lava Jato has extensively violated peoples’ human rights and the task force engages in illegal behavior without any fear of reprisal or suspension. For example, a total of 227 bench warrants were issued. These are 227 testimonies that were illegally and unconstitutionally taken by force. So what is happening to these 227 people? These were 227 acts of violence. The police and the prosecutors pulled these people out of their houses at 6 AM to give depositions that they were not legally obliged to make.”

At this time, Martins, the rest of Lula’s defence team, and his family were being wiretapped on the orders of Moro, the judge in the case. This information was used as a means for the Lava Jato to map out all potential legal avenues Lula’s defence had. This, along with the US Department of Justice’s open admission of informal (illegal) collaboration with Lava Jato prosecutors, was grounds enough for the case to be thrown out of court.

All of these abuses were known long before Lula’s arrest and Bolsonaro’s election, and with sufficient will could’ve been a media scandal on the scale of Walter Delgatti’s Lava Jato leaks, which arrived only once Bolsonaro was in power. But so entrenched was antipetismo that it overrode and extinguished any critique whatsoever.

It was only after Delgatti’s leaks that the most prominent anglophone journalists in Brazil began questioning Lava Jato’s integrity. This was too little, too late. Some now even behave as if they had been reporting Lava Jato’s wrongdoing all along. As Brazil’s health system collapses and the markets finally turn on the far-right candidate they supported in 2018, criticising Lava Jato has none of the professional repercussions it did, nor does this hindsight deserve plaudits.

Brazil’s independent media was way ahead – often years ahead – on this story. How is that possible? Jornal Nacional’s admission is thus a serious question for the media as a whole. Lava Jato’s prosecution of Lula has been called the biggest judicial scandal in history. It is also one of the biggest media scandals in history.

It was not just Brazilian media that worked on Lava Jato’s behalf, there was a concerted international push, with the UK government-funded Transparency International, which has since been exposed for its connivance with Lava Jato prosecutors, a key actor.

In June 2018, coup-ousted president Dilma Rousseff gave a two hour interview to the UK/US newspaper the Guardian in which she described how Lula’s prosecution was phase 2 of the coup that removed her, and that it would open the door for neofascist Jair Bolsonaro.

This is exactly what was happening, and would’ve been a worldwide scoop for the newspaper, yet for reasons which are still unknown, the Guardian decided to drop the interview, and it has never been published.

Likewise the New York Times, by making Sérgio Moro a hero and demonising Lula, became an active participant in Lava Jato, just like Globo was. Time magazine nominated Moro on its list of 2016’s most important people, and such external coverage has repercussions at home; Brazil and its own media are notoriously conscious of how the foreign press reports on it.

Without this media complicity, Lava Jato’s imprisonment of Lula was impossible. It was Globo’s Jornal Nacional afterall which read out a threat from the head of the armed forces, General Villas Boas, intended to influence the Supreme Court on the eve of a vote on Lula’s habeas corpus. This is what ultimately prevented him standing in an election in which he was clear front runner.

If his conviction could be overturned now, which has been by and large triggered by the belated mainstream exposure of Lava Jato’s abuses, why could it not have happened then? Had media, at home and abroad, not ignored or censored criticism and already mountainous evidence of wrongdoing in Lava Jato between 2014-18, could Bolsonaro’s election and its horrific consequences have been averted?

The fate of a country and its people was decided upon a lie, taking the life of Dona Marisa and many others with it.

Brasil Wire has published more in English on Operation Lava Jato and its witch hunt against Lula and the Brazilian left than any other platform. All articles 2014-2021 can be found here.