On March 24, 2021, a São Paulo Court ordered OAS construction company to return 10 years of monthly installments paid on apartment 141 in the Solaris building in Guaruja, São Paulo, to the family of Luiz Inácio Lula da Silva. The ruling was based on the fact that the former Brazilian President’s wife Maria Leticia canceled the purchase and formerly asked for her money back in 2015. This, in turn, took place before the Lava Jato task-force accused Lula of receiving an upgrade to a triplex  in the same building plus reforms, including installation of an elevator, in exchange for political favors. As has been noted repeatedly, the Lava Jato prosecutors were never able to prove that Lula or anyone in his family ever owned or lived in the triplex, or that the reforms had ever taken place. Photos and video shot by members of the MTST housing movement, who occupied the apartment shortly after Lula’s arrest, prove that an elevator repeatedly cited by prosecutors was never installed. The new court ruling shows that all legal ties between Lula, his family and the Solaris building in Guaruja, São Paulo terminated before the investigation, which imprisoned Lula for 580 days and removed him from the 2018 presidential race, even began.

With no proof that he or his family had ever owned the apartment, that the alleged gifted upgrade occurred during Lula’s presidency or it that it was connected to political favors for the OAS construction company, Judge Sergio Moro was unable to clearly define a crime, and convicted the former President of “indeterminate acts of corruption“.

In 2019, the Brazilian legal analysis site Conjur wrote of leaked Telegram conversations showing Lava Jato prosecutors concealed a wire tapped phone conversation from OAS construction company employee Mariuza Aparecida Marques in which she stated that Lula’s wife Marisa had rejected the apartment and wanted her money back, because it would “strengthen the defense team’s argument that Lula never wanted the apartment.” This incident is just one of many examples of suppression of evidence beneficial to the defense in a case which saw Judge Moro (who was bizarrely allowed to rule on an investigation he supervised in a trial with no jury) bar 73 defense witnesses from testifying for the former President. 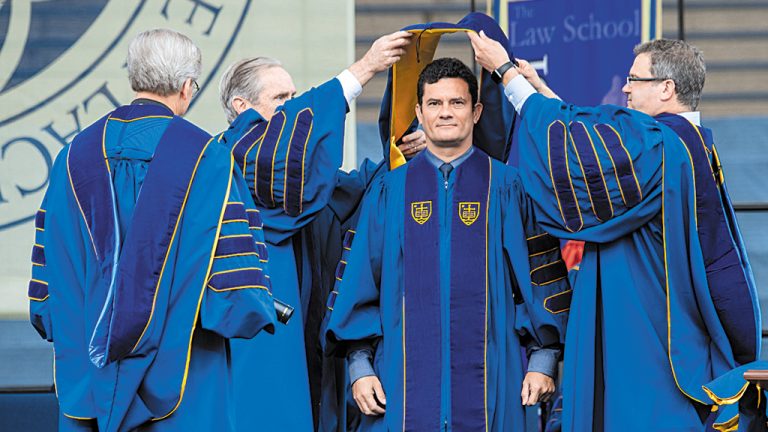 This ruling should be the final nail in the coffin of a case that, as Mark Weisbrot noted in a New York Times op ed piece in 2018, would have never been taken seriously in the US judicial system. Lula left public office in January, 2011. If his wife Marisa continued to pay monthly installments for an apartment in the Solaris building for 4 years afterwards it is impossible to argue any kind of quid pro quo. Furthermore, the fact that a court has now established  that she canceled the purchase and asked for her money back before the case against Lula began clearly demonstrates that it never should have advanced to trial in the first place.

On March 23, the Brazilian Supreme Court ruled that Sergio Moro is now the suspect in an investigation for 4 counts of felony judicial misconduct in the triplex apartment case which, like all Lava Jato cases against former President Lula, was thrown out by the Brazilian Supreme Court on March 8, 2021 for illegal forum shopping to a court district in Curitiba, Parana, which has no jurisdiction in São Paulo.

After years of character assassination in the national and international media Lula and his family are totally exonerated from the case. This, however, does not bring back Marisa, who died of an aneurysm on February 3, 2017 a few days after Sergio Moro orchestrated a media circus around an illegal search of her son’s house, during which police discovered no evidence of any crime but confiscated her 6 year old grandson’s Ipad. Lula has repeatedly said that the stress caused by Moro’s harassment of her family is what led to her death –  Telegram conversations revealed by the hacker Wagner Delgatti show Lava Jato task force members making jokes about it.

Marisa Letícia Rocco Casa was born into a family of poor Italian immigrants in 1950, one of 10 brothers and sisters. At 13, she dropped out of school to work in a chocolate factory in the industrial city of São Bernardo do Campo, São Paulo. She married at 20, but her husband was killed during a robbery shortly afterwards, leaving her widowed and 4 months pregnant. She met Lula – also a widower – in 1973 at the ABC Metalworkers Union headquarters in São Bernardo. They were married one year later and had 3 children. 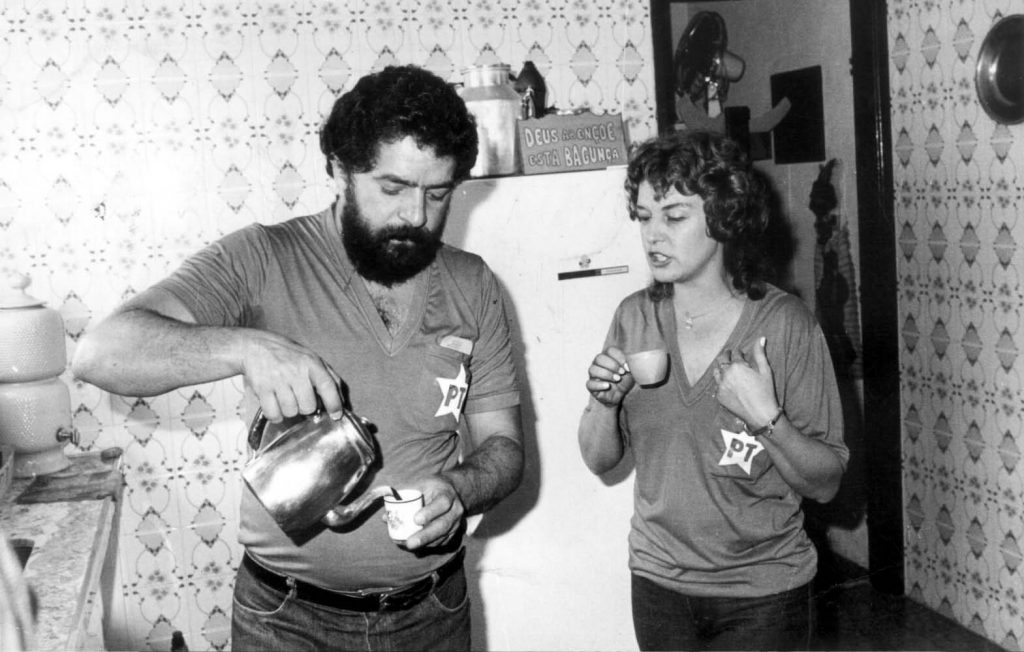 “I brought the workers wives to the meetings, organized parties and social projects and we began to complain about the lack of women on the party ticket. So it was a collective evolution,” she said.

Victim of a cruel and unethical character assassination campaign in the mainstream and social media surrounding the kangaroo court procedure against her husband, she died during a moment of stress and despair and never lived to see the court ruling that has exonerated her.