Deaths in massacres have increased while arms apprehensions have dropped, according to data from the Candido Mendes University Center for Security and Citizenship Studies’ (CESeC) Military Intervention Observatory.

Five months after the start of the Rio de Janeiro military occupation, a new study shows the resounding failure of the operation, which was decreed by President Michel Temer. Violent deaths have increased, while the apprehension of arms has fallen, according to a study by CESeC’s Intervention Observatory, released on Monday, July 16th. 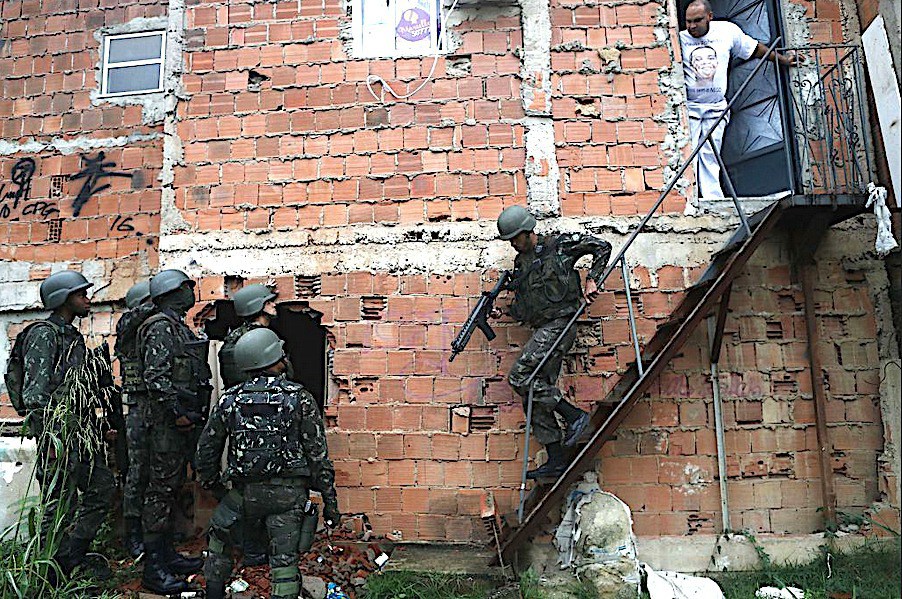 “The result is an increase in that which the population fears most: stray bullets, crossfire and shoot outs. To date, the presence of the armed forces has not resulted in a perception that Rio’s security has improved,” said CESeC Coordinator Silvia Ramos.

*This article was written in Portuguese by the editors of Nocaute, translated by Brasil Wire, and can be seen in its original form here.