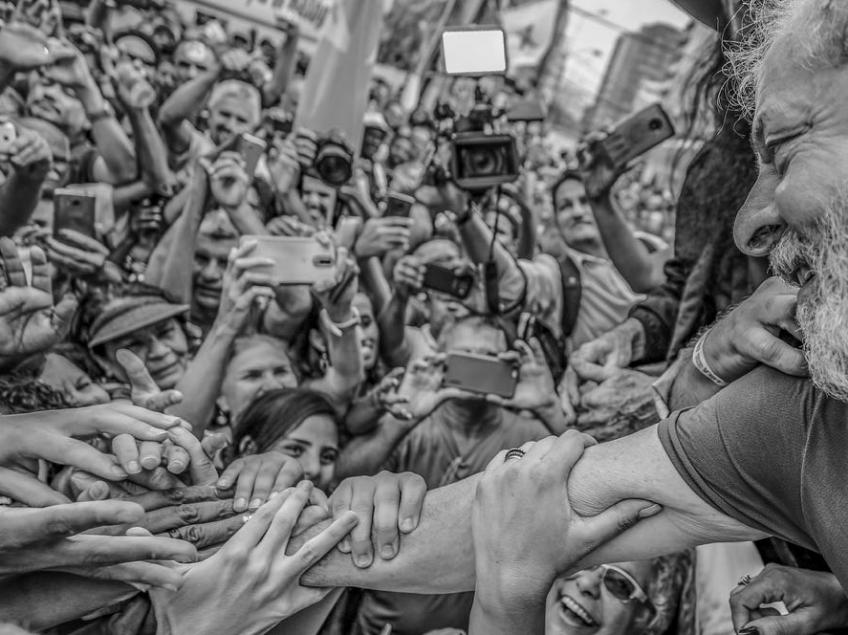 Today, on July 8th, 2018, Brazil’s 4th Regional Federal Court Chief Judge Rogerio Favreto ordered ex-President Luiz Inacio Lula da Silva’s immediate release from prison, ruling on a motion filed by Workers’ Party Congressmen Paulo Pimenta and Wadir Damous Filho. Judge Sergio Moro, a lower court judge and hero to the Brazilian far right who has been working closely with the US Department of Justice for several years and repeatedly broken the law persecuting progressive politicians with frivolous charges while ignoring serious corruption allegations against members of the conservative PSDB party, immediately announced that he was going to disobey the order from his superiors to release Lula. Moro filed a frivolous and potentially illegal motion arguing that his superior, Rogerio Favreto, is not a “compatent authority” to issue the habeus corpus. Immediately afterwards, Favreto dismissed Moro’s motion and issued another order for Lula’s immediate release. Although Lula is still in prison on Sergio Moro’s kangaroo court charges that he committed “undetermined acts” with no material evidence, as things currently stand it appears that he may be free by the end of the day. As events unfolded, Workers Party (PT) President Gleisi Hoffmann, herself a victim of years of Lava Jato  lawfare persecution on frivolous charges that were thrown out last month by the Federal Supreme Court, issued the following statement:

Freedom for Lula is Freedom for Brazil! A note from the Workers’ Party

Finally, after 92 days of illegal and unjust imprisonment, the rights for comrade Lula to defend himself in freedom against an arbitrary sentence and to dispute the presidency of the Republic on equal conditions with the other candidates was recognized today, on July 8th.

Fourth Regional Federal Court (TRF-4) Chief Judge Rogerio Favreto’s decision reestablishes the rule of law, which has been violated so many times by Sergio Moro and the Court’s 8th Group. This decision recognizes that Lula cannot be imprisoned for a crime with no material proof due to the the simple wishes of biased judges, as happened in this case.

These maneuvers are the concrete proof that part of the judicial system is working at the service of political and economic interests from Brazil and other countries, which do not tolerate the project for development with justice and social inclusion that Lula represents. They want to keep him in prison at all costs.

The Brazilian people know that Lula is innocent of all accusations made against him in Operation Car Wash. He was never the owner of the beachfront apartment, never asked for or received bribes, never participated in any embezzlement from Petrobras, and never did anything outside of the law before during or after his presidency.

The Brazilian people know that Lula was incarcerated for exclusively political motives, to impede him from being candidate and, through the democratic vote, freeing the Brazilian people from all the suffering imposed by the coup government and its supporters, led by TV Globo’s network of lies.

With Chief Judge Favreto’s decision the judicial system, which was manipulated so many times to persecute Lula and deprive him of his freedom, now recognizes that he has the right to defend himself the higher courts in freedom, which the Constitution guarantees for all. And, mainly, it has decided that society has the right to know, in Lula’s own voice, about his proposals to get Brazil out of this huge crisis and return to the path of democracy, social justice and the construction of equality.

All democrats have a duty to defend this decision against the pressure from Globo TV and the coup architects to violate laws, rights and the Constitution through new procedural maneuvers.

Stop the coup against democracy and against the people’s right to choose who represents them!