Filipe Martins, special foreign policy advisor to President Jair Bolsonaro has been accused of making a white supremacist hand gesture during a speech by Minister for Foreign Affairs Ernesto Araújo during a Senate session.

It was caught on the Senate’s own TV channel, and Randolfe Rodrigues, Senator for Amapá, reported the incident to the police. Martins has denied making the infamous racist gesture, but video captured from TV Senado appeared to confirm the accusation, and images of it viralised on social media, generating a wave of outrage at Bolsonaro’s key ally.

The incident draws attention to Martins, his current position, unusual employment history, direct connections to the US Government, and its relationship with the Brazilian far-right.

After working at the TSE electoral court until the 2014 election, Filipe Martins became an “economic advisor” to the US embassy in Brasilia.

Martins, who is credited with introducing Jair Bolsonaro to Steve Bannon, worked at the embassy for the duration of the coup period between December 2014 following the election and July 2016, when Dilma Rousseff’s impeachment was all but sealed.

According to Martin’s LinkedIn profile, he was responsible for research about the political conjuncture and economy in Brazil, in particular bilateral relations with the US, and media monitoring during that coup period. 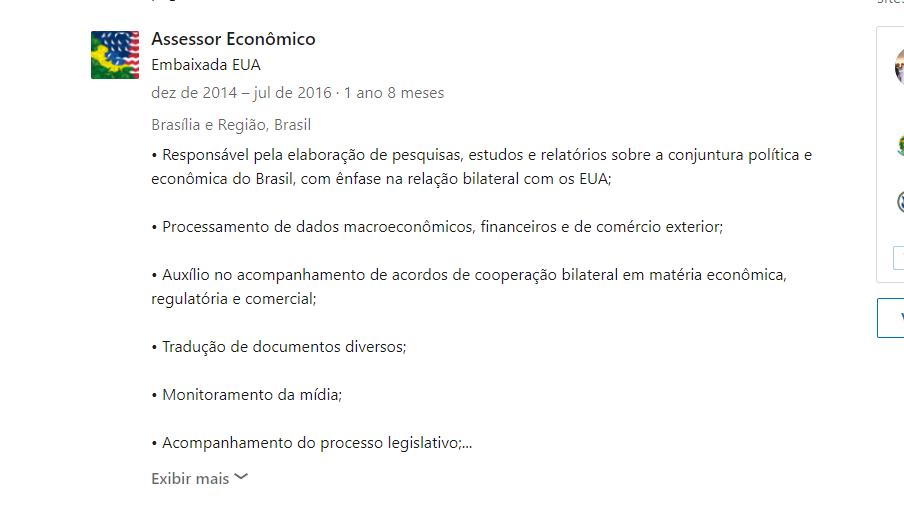 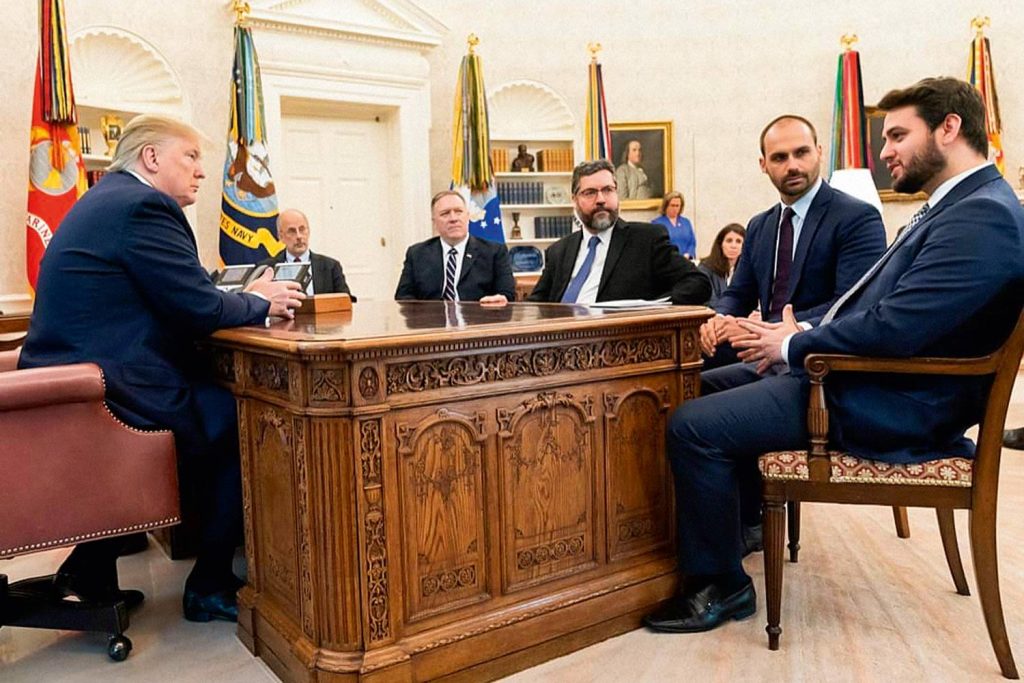 Leaving the embassy following Rousseff’s impeachment, Martins then became part of the group around Jair Bolsonaro’s presidential bid, ultimately landing an advisory position with him. Martins is a 32 year old discliple of US-based far-right “guru” Olavo de Carvalho, and gives courses in his “philosophy”. He been an influence on the foreign policy of the Bolsonaro government, alongside the President’s son, congressman Eduardo Bolsonaro, who was accused by a former ally of handing a dossier of leftists and anti-fascists to the US embassy in Brasilia. Martins 2014-16 advisory work for the State Department is evidence that the US government’s relationship with Brazil’s Olavista far-right did not begin with the election of Donald Trump or Jair Bolsonaro.

In July 2019 Martins met with the head of the FBI in Brazil, David Brassanini, who was accompanied by William Popp, Deputy Chief of Mission at the US embassy. Brassanini is the main overseer of the FBI’s expansion in Brazil since Bolsonaro (and Sérgio Moro) took office, as documented here.

During the CPI (Congressional Inquiry) into so called fake news, Felipe Martins was accused by federal deputy Alexandre Frota of introducing Bolsonaro to Steve Bannon and of “promoting virtual lynchings”. Martins was summoned to appear at the CPI to clarify his alleged participation in the so called “hate office” which controls the President’s digital militias, and operates as a factory for fake news. 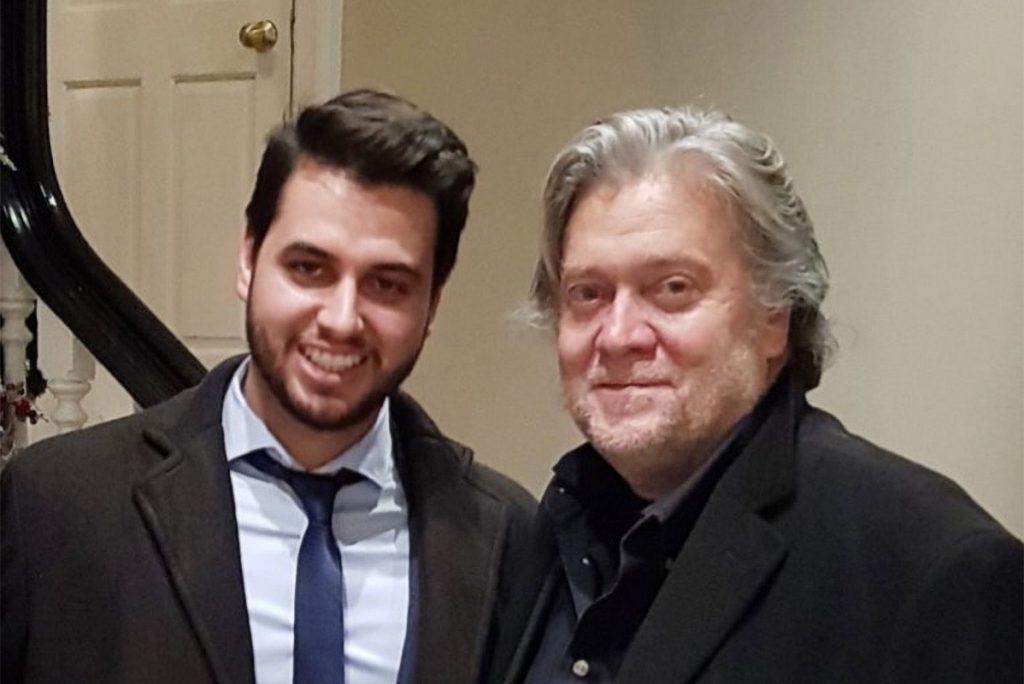