Olavo de Carvalho, the self-styled philosopher, said yesterday in a video that the coronavirus (which has already infected more than 300 thousand people and killed more than 15 thousand people around the world in a few months) ”does not exist” and that it has “not killed anyone, anywhere in the world”.

Bolsonaro’s guru, the guy who runs the anti-vaccine campaign among Brazilians, the guy who already said that “Herod did good to the children of his time by killing them because he prevented them from sinning”, the guy who said that the Portuguese never set foot in Africa and only blacks are to blame for everything they have suffered, the guy who believes Pepsi is made of aborted fetuses, the guy who preaches hatred for Muslim refugees, the guy who supported the murder of children by the American army in Iraq, the guy who only feels manly carrying a gun, and has a hobby of murdering bears in American forests, now recommends that people leave home (except for him, of course, who lives confined in his cave in the interior of Virginia, no he has friends there, doesn’t even speak English and buys everything online, according to himself).

Disproven and denounced by YouTube, which removed his video from the air, the psychopath got angry and used his filthy revolving machine gun to fuel more genocidal theories, more hatred and more deaths.

As if all that were not enough, Sérgio Camargo, the Olavista president of the Palmares Foundation, who swears that “slavery was beneficial to blacks and that there was never racism in Brazil”, now asks his lobotomized followers not to stay at home, but to return to the bars and restaurants of their communities and neighborhoods. Yes, he said that.

This is necropolitics, the politics of death and explicit eugenics, which is increasingly showing its face and having its voices heard.

I have denounced Olavo de Carvalho, as a journalist, for about three years, I have written about how he has idealized this politics of death for years.

The guru of death has now been denounced by dozens of Brazilian and foreign newspapers, and attacked on several American, Italian and British TV programs.

He was also denounced by his own daughter, Heloisa, in the book recently released by her and Henry Bugalho, “My father, the president’s guru”

I have written various articles detailing how Olavo de Carvalho is one of those responsible for the increase in crimes of religious intolerance, xenophobia and racism in Brazil, and for this the self-identifying “philosopher” (who did not complete his basic education) tried to sue me, but ended up with only a shameful defeat,  his case extinguished forever by the magistrate.

Today, many years behind schedule, YouTube finally recognises the lethal danger caused by the videos of a psychopath.

Bolsonarism, idealized by Olavo de Carvalho, is a dangerous and neurodegenerative disease, which affects the nervous system causing aggression, compromising cognitive abilities, seriously affecting the auditory and visual capacity. Its symptoms are very clear and include false nationalism, xenophobia, racism, homophobia, lack of empathy, Islamophobia, false moralism, machismo, false Christianity, psychotic outbreaks, hatred of humanism, and an inability to discern the real from the imaginary.

It is a lethal disease, which has increased crimes of racism and feminicide in Brazil and is destroying one of the most beautiful, multicultural and gigantic countries in the world.

Lucia Helena Issa is a journalist, writer and peace ambassador for an international organization. She collaborated with Folha de S.Paulo in Rome. Author of the book “When it dawns in Sicily”. Post-graduate in Language, Symbology and Semiotics from the University of Rome. She currently lives between Rio de Janeiro and the Middle East and is finishing a book on Palestinian women who are fighting for peace.

This article originally appeared on GGN. 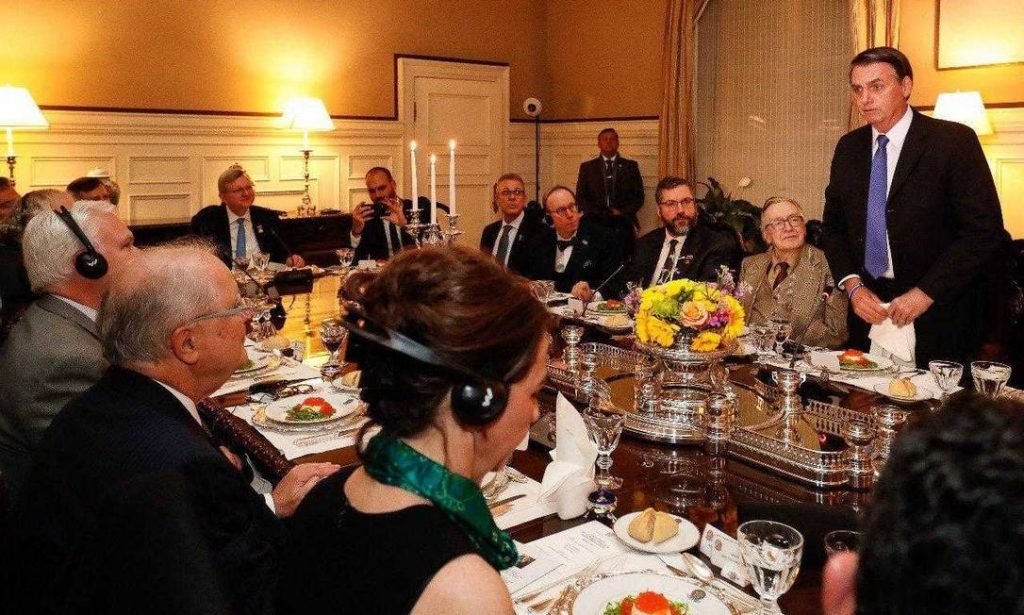