With a career that spanned nearly 70 years and 34 albums, Brazil’s beloved singer and activist passed away peacefully at the age of 91

In 1953, a young woman appeared at an amateur singing competition in the auditorium of a Rio de Janeiro radio show. Her borrowed clothes, too big for her, were safety-pinned together in the back. Her hair was a mess and she wore a cheap pair of sandals. As she walked onto the stage, the audience broke out in laughter. Radio host Ary Barroso jokingly asked her what planet she came from. She answered, “hunger”. It was Elza Soares and by the end of her song the crowd was on its feet cheering and Barroso was hugging her, saying, “we have a new star.”

67 years later, Soares talked about that moment. “At the time, I thought that if I could get food for my children the hunger would end. Time passed and I stayed hungry – hungry for culture, dignity, education, equality and much more. I learned that hunger only changes its face, but there is no end. There is always a void that we can’t fill and maybe this is the reason for our existence.”

Elsa Soares was born in 1930 with would later were diagnosed as defective vocal chords. She was born into extreme poverty but had a happy childhood in a Rio de Janeiro favela until her father caught a neighbor raping her at age 12.  In order to “preserve his daughter’s honor”, he forced him to marry her. By age 20, when her abusive, alcoholic husband died of tuberculosis, she had had 4 children with him, with one dying of hunger and another kidnapped – she would only reunite with her 30 years later after spending years hiring private investigators. Discovering that the kidnappers were a childless couple who raised her with love, she forgave them.

Boato, from her 1960 album, Bossa Negra, ends with shout outs to 3 of Soares’ rival singers, done by perfectly imitating their voices

By 1960, Soares was an international star. By the time her second album, Bossa Negra – arguably the greatest big band Samba album of all times –  was released, she was getting airplay all over Latin America. In 1962 she was invited to an international music festival in Chile held to correspond with the World Cup. There, Louis Armstrong was so captivated by her performance that he jokingly told the press she was his daughter. After her performance the Brazilian ambassador invited her to watch Brazil play in the World Cup. In Estrela Solitaria Ruy Castro tells the story. It was winter in Chile and she was cold, so the  Ambassador’s wife lent her a fur coat. As Mané Garrincha scored the first goal, she stood up, yelling with joy, threw the coat in the air and never saw it again. At the end of the match she walked past all the reporters into the shower room and kissed Garrincha. It was the beginning of a romance that would last 20 years.

Divorce was still illegal in Brazil. Garrincha was married but had left his wife years earlier and had 2 children with another woman. This didn’t stop the Rio de Janeiro press from labeling her as a home wrecker. Her problems were exacerbated after the military coup of 1964, when the dictatorship’s secret police decided that they were a subversive couple, harassing them for years until, in 1970, their house was riddled with machine gun fire by DOPS agents and they decided to move to exile in Italy. 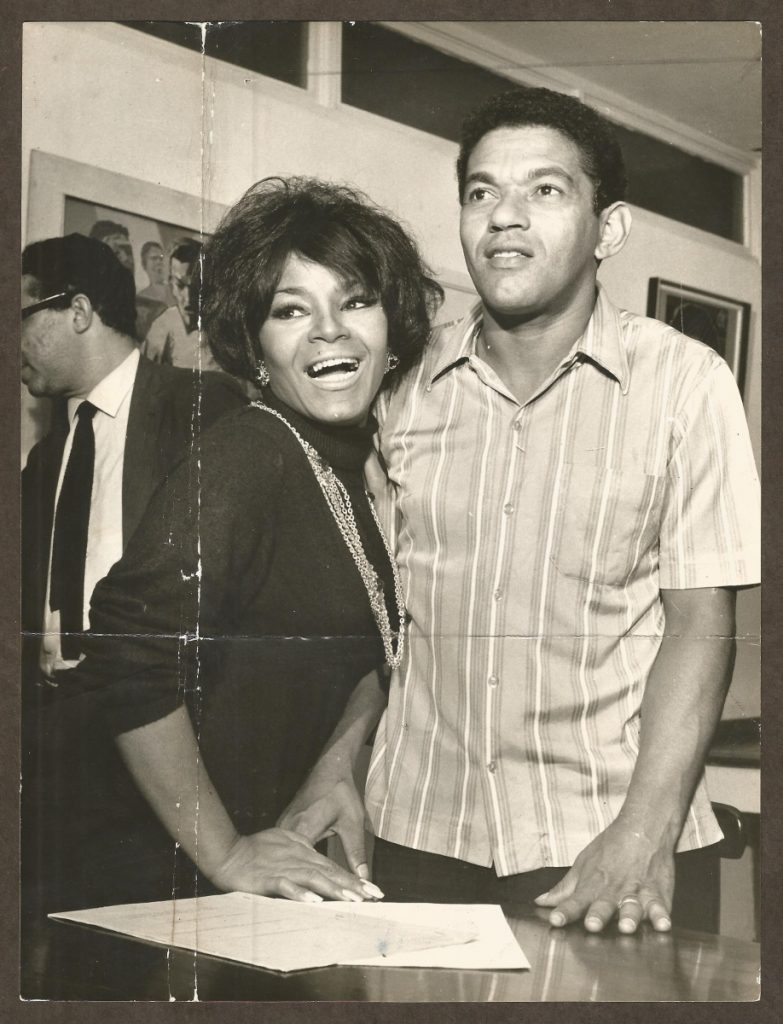 Elza Soares and football legend Garrincha, the love of her life

Garrincha had a serious drinking problem which worsened when they were in exile and Elza became exasperated. After countless pleas for him to stop, he promised her that if they had a son, he’d never have another drink. In 1976 she gave birth to Manoel Francisco dos Santos Júnior, nicknamed Garrinchinha. Garrincha couldn’t stop drinking and in 1982 she left him. One year later he died of alcohol induced pancreatic problems. 3 years later, Garrinchinha drowned in a horrible car accident at age 9.

She was so devastated she disappeared in the US for a few years, singing in small clubs and trying to numb the pain with drugs. But she shook it off, returned to Brazil and resumed her recording career.

In 2000 BBC named her the artist of the Millennium. In 2002, she had her first hit album  in years, Do Cóccix até o Pescoço, with participation by friends like Caetano Veloso, Jorge Ben Jor and Chico Buarque. The sound was a surprisingly modern mix of hip hop and samba with political lyrics. In “A Carne” (the meat) she sang:

“It arrives in jail for free

And below the plastic tarp

And freely goes into sub-employment

The cheapest meat in the market is the dark meat”

At 72, she became a cult figure among youth on the urban peripheries, especially in the LGBTQ+ community, and continued to push boundaries. In 2015 her 32nd studio album,  Mulher do Fim do Mundo (Woman at the end of the World) marked a powerful contribution to the Neo-Vanguarda Paulista genre, an electronic/candomblé/hip hop/samba mix that was developing in the São Paulo favelas. With songs covering themes of black power, trans freedom and women’s rights, it earned her a Grammy at age 85.

In Maria da Vila Matilde, a song about domestic violence, she sang:

“Where is my cellphone?

I’ll tell them your name

Give them my address

You’re not coming in here anymore

I’ll say I don’t know you

And throw boiling water at you

If you try anything.” 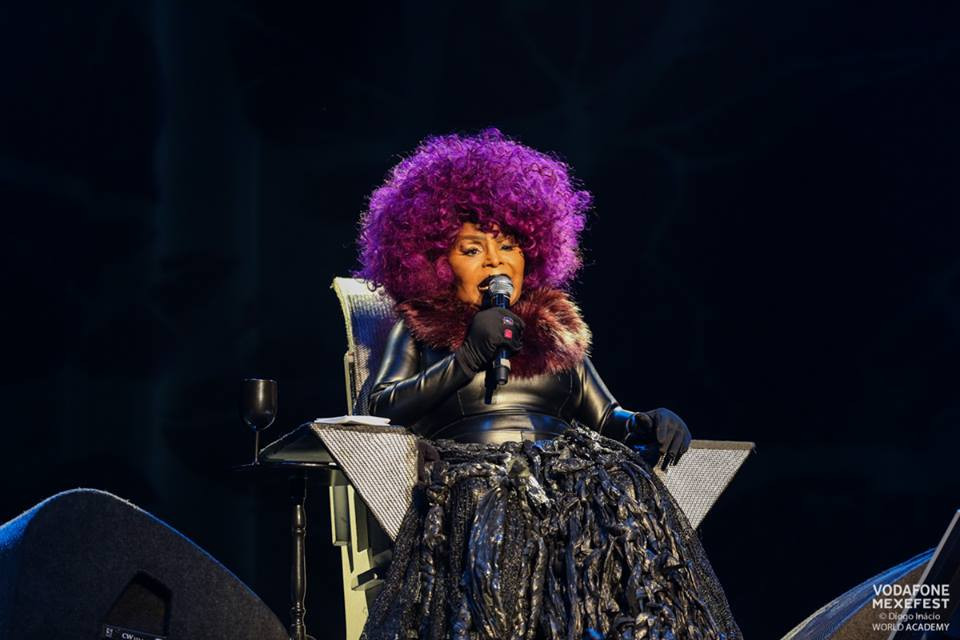 Soares on stage in her late 80s. Confined to a wheelchair, her voice was as strong as ever

Elza Soares went on to record two more albums before passing away peacefully at the age of 91 on January 20, 2022, 39 years to the day after the death of the love of her life, Garrincha. Rest in Power Elza Soares.