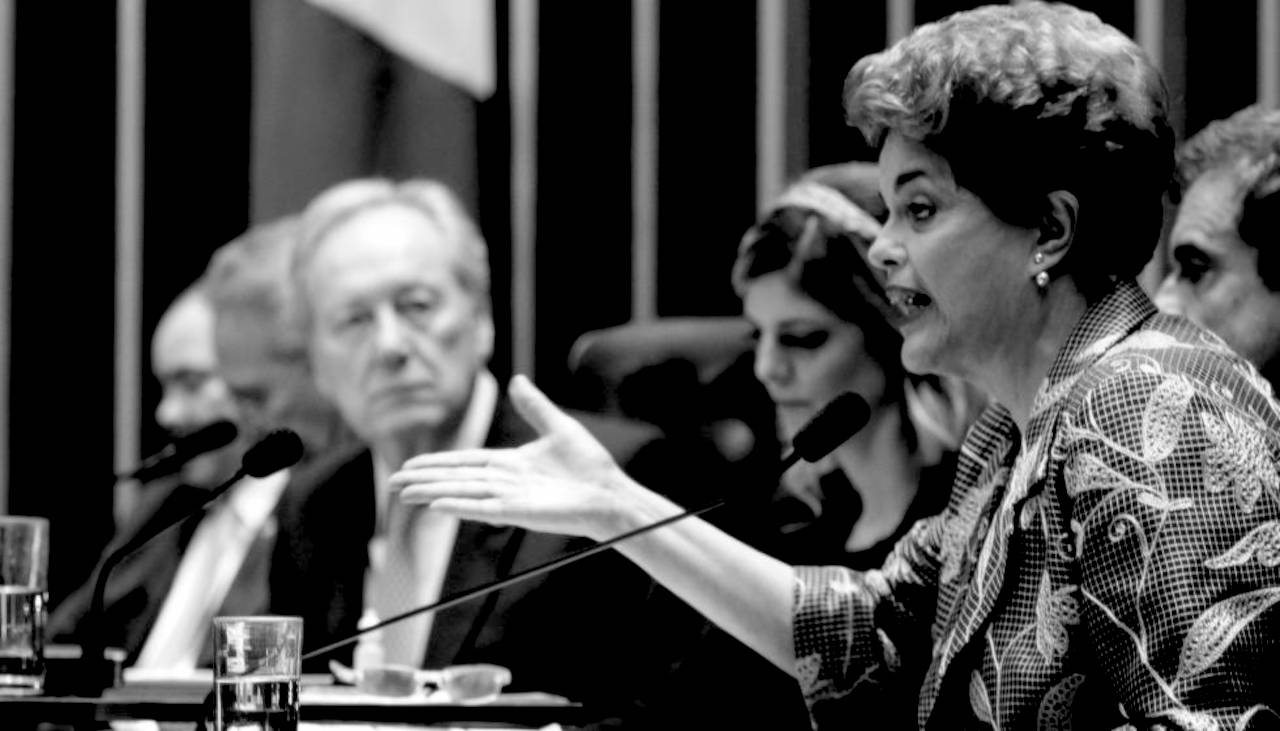 Dilma Rousseff has been acquitted 5 times since her Impeachment

In the past year, elected President Dilma Rousseff has been acquitted at least five times of the charges that led Congress to withdraw her from the post for which she had been re-elected in 2014. The most recent of these was today, with the news that the TCU (Court of Audit of the Union) absolved Dilma of having committed “any irregular act” in the purchase of the Pasadena refinery by Petrobras in 2006, as well as the other members of the company’s Board of Directors – at the time chaired by her. The episode of Pasadena was emblematic and inaugurated the beginning of Operation Lava-Jato, in 2014.

In December 2015, in the face of the impossibility of claiming that such “fiscal pedalling” was a crime of responsibility, the only reason laid down in the Constitution for impeachment, lawyers Janaína Paschoal, Hélio Bicudo and Miguel Reale Jr. came to associate the purchase of Pasadena to a supposed “omission” of Dilma in relation to the “violations” at Petrobras. Since she was not President of the Republic at this time, the rapporteur Jovair Arantes opted to remove the refinery from the impeachment request in the Chamber and left only the pedaladas. Meanwhile, in the Senate, Zezé Perrella (“Helicoca”) used the refinery episode to justify Dilma’s departure. “I vote for Pasadena, for Petrobras, for our hard-earned money that went to Cuba, Africa and Venezuela. That’s why I vote ‘yes’, ” said the friend of Rousseff’s defeated opponent, Aécio Neves.

During the vote on the cassation of the Dilma-Temer ticket by the Supreme Electoral Court, lawyer Janaina Paschoal returned to the charge against the President citing the Pasadena negotiation. But the very acquittal of their ticket by the court points in opposite direction to that alleged by the professor at USP.

By including Pasadena, Janaina and her partners in the venture acted as if they were unaware that the TCU had exonerated Dilma in the year prior to the impeachment request in 2014. They were certainly based on the depositions of Nestor Cerveró, who led the business, and the former senator Delcídio do Amaral, who said that the PT knew about the existence of “a scheme”. Folha de São Paulo newspaper reveals however, that the report of TCU analysts and the Public Prosecutor’s Office indicates that the version of the informers is a lie. (The case is to be considered by the court floor on August 30).

Last week, Dilma was cleared of another accusation, that she tried to stop the Lava-Jato investigations. Final report of the Federal Police on a judicial investigation in the Federal Supreme Court (STF) concluded that there was no crime of obstruction of justice in the appointment of the minister Marcelo Ribeiro Navarro Dantas to the Superior Court of Justice (STJ) by the president In 2015. The false accusation was also made by Delcídio in the indictment. To try to reduce his sentence, the former senator said that Navarro would have been chosen for the STJ with the commitment to grant habeas corpus and favorable resources to contractors arrested in the operation.

It is also worth mentioning that recently, in an interview with O Estado de São Paulo newspaper, the Federal District Attorney in the Brasilia, Ivan Cláudio Marx, said there was no evidence that Dilma and former President Lula were overseas account holders to the sum of 150 million dollars, where they received bribes. The false accusation was made by businessman Joesley Batista, owner of JBS, but nothing was proven. “It’s a rather absurd story from the beginning,” said the prosecutor. “He has nothing. This story has no head. There’s no way to prove it. “

In July 2016, even before the vote in the Senate, the same prosecutor, Ivan Marx, had discovered that Dilma was innocent in another investigation. He called for the filing of an open investigation to ascertain possible criminal infraction of Dilma in relation to so-called fiscal pedalalas. He pointed out that there were no credit operations and that, in addition, the “pedaladas” do not constitute a crime.

The fiscal pedaladas were nothing more than the delay of National Treasury pass-throughs for public banks to pay government bonds for social programs and subsidized loans, a practice that had occurred since 1994. The prosecutor analyzed six types of operations, he heard members of the economic team, analyzed TCU audits and the documents of each of them. According to the prosecutor, the maneuvers do not fit into the legal concept of a credit or loan operation. Therefore, it would not be necessary to ask Congressional authorization.

That is, the main reason for Dilma’s impeachment did not exist and it was not even a crime. An expert hired by the president’s defense during the process had come to the conclusion that Dilma had not even participated in the meetings which decided on the “pedaladas”, that, incidentally, were legalised two days after Temer took power.

If we lived in a democracy, the process of impeachment would have been summarily shelved. And if the commercial media did journalism instead of partisan politics, it would have stressed that the president, who had been re-elected by 54 million voters did not commit the crimes that were imputed to her by opponents. At the time, Brazilian newspapers, radio and television were unable, unlike the international press, to even raise doubts whether Dilma was being torn out of office justly or unjustly.

The successive acquittals of the President-in-Office of Justice have proven more and more that the real purpose of impeachment was to remove her from office to “stop the bloodshed” of Lava-Jato, “put Michel in with a great national agreement”, “with the Supreme Court, with everything” and save face for the PMDB. While Dilma is being cleared, every day someone from the Coup government is being denounced or becoming a defendant.