On Monday, 28 August, in Curitiba, the premiere was held of the Lava Jato movie “Federal Police: the Law is for all”.

The movie cost R$16 million ($5m USD). The identities of the financiers of the film are secret.

In the film, one of the heroes is Judge Sergio Moro. As you know, a judge does not charge, a judge judges.

Moro is the judge in Operation Lava Jato. Lava Jato is far from over. And Moro, who is still going to judge a lot, was at the premiere as a special guest, watching himself in a movie that takes sides, that has a side. 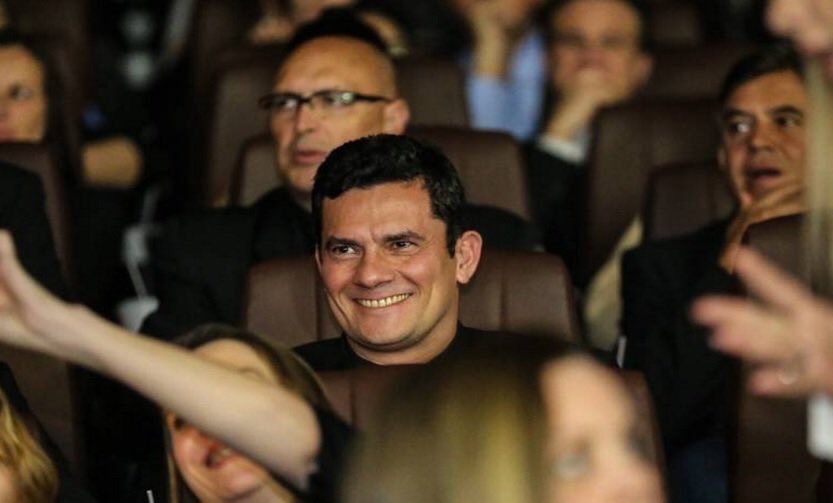 In the audience were delegates of the Federal Police. Among them Igor de Paula and Marcio Anselmo, former coordinators in Lava Jato. Post-election, in November 2014, Julia Duialibi revealed in Estadão that Igor de Paula, Marcio Anselmo, Érika Marena and other delegates had private profiles on Facebook. On these profiles, they used phrases like “That’s the guy” to praise Aécio Neves, and commented on links with sentiments such as “Brazil needs to get rid of Dilma and elect Aécio”.

Delegates at the Premiere. One of them in 2014 responded to a statement from Lula with “Can someone stop this anta (imbecile), please?”

The Lava Jato movie uses an audio commentary made by me in Jornal da Gazeta on November 24, 2014. The phrase used was: “In Brazil, if you do not make a deal, you can’t put down a paving stone.”

The title of that commentary was “Businessman exposes cynics and hypocrites”. The commentary addressed an article by businessman Ricardo Semler. He had written in Folha de São Paulo: “From the 1970’s until recently (…) they charged 10% on the importation of Oil (bribes to Petrobras).” In 2014 Semler quipped ironically that “the elite is scandalised by the money laundering at Petrobras” and asked “Where were the embarrassed of the country in the decades during which there was evasion totalling R$1 trillion by businessmen?”

Let us remember: the DNA of this rotten political system was already on the computers of the contractors. So for years now it has been in the possession of Operation Lava Jato.

We said then that the option to investigate and expose only part of the party-political-business system was a grave mistake. With everyone exposed, the inevitable would happen: feelings of deception, disenchantment, discouragement and indifference …

What do we experience today?