Curitiba is known around the world for innovative urban planning and European heritage. During a speech at the World Social Forum, however, Carol Dartora accused the city government of hiding its black population and pushing the poor to neighboring dormitory cities. The following is an edited transcript of the speech, which was made in a virtual seminar on January 28th entitled Right to the City: Towards Social and Ecological Justice, that was hosted by ActionAid India.

There has been a lot said about the right to the city, but we must urgently debate this concept through the eyes of those who are historically excluded and marginalized in an urbanization process that is underscored by race and gender bias.

Here in the city of Curitiba, Paraná, Brazil, the marginalization of social minorities such as the poor and the black community has been veiled for years. Urban growth in Curitiba has produced socio-spatial segregation, creating areas of high population density with no housing standards and promoting an increase in the number of inhabitants in dormitory cities in the greater metropolitan Region. Meanwhile large areas of land in Curitiba itself sit vacant, serving only for the speculative profit of big real estate companies.

Curitiba is known around the world as a center of urban planing. Despite Curitiba’s investments in advertising to present an image of a modern and developed city, however, it has a high violent crime rate which is connected to its large migrant population. The constant population increase in large Brazilian cities like Curitiba leads to the bankruptcy of already precarious public services. This process is further weakened by a governmental culture of political cronyism and repeated cases of embezzlement of public funds that should be used for providing quality public services. These factors result in enormous suffering for women, black people and the poor.

Studies on the process of urban growth in Curitiba normally do not factor in the variables of crime and violence. The growth process of the city of Curitiba over the last 30 years brought with it many of the the same problems of the other major Brazilian cities but the official government propaganda continues to work to uphold the image of a model, planned city with social equality.

The urban population grows by leaps and bounds while urban services, especially housing, meet the needs of the public less and less. The signs of absolute poverty, begging and violence are multiplying. All of this contributes to the controversy over urbanization in developing nations, whose harmful social characteristics cause a pessimism that acquires different ideological tones. 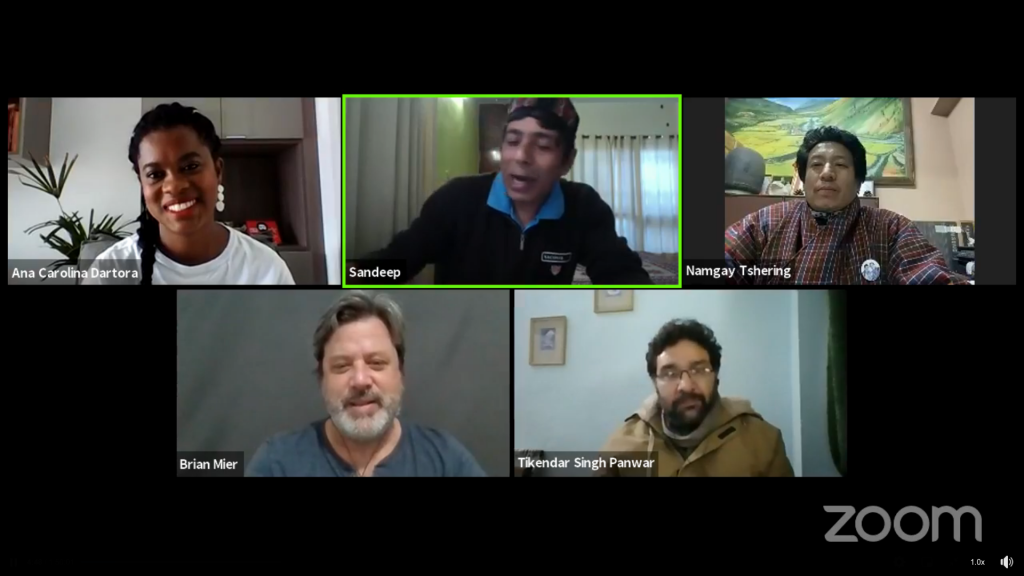 Some people attribute the ills of urbanization to factors such as excessive demographic growth, the lack of land reform and the effect of the rapid advance of industrial technology on employment. These ills, however, are exacerbated through the fragility of opportunities offered by the city to new residents, who generally end up in low-skilled jobs or survive from underemployment and begging, leading to subhuman conditions.

There is a relationship between the lack of basic infrastructure for high numbers of recent arrivals and the lack of opportunities for living wage jobs that can guarantee them a dignified life. Under the current government of President Bolsonaro, unemployment and impoverishment have broken historical records.

The current urbanization process recreates traditional setbacks in new ways, as a counterpoint to the dynamics of modernization. Exacerbated individualism combined with the emphasis on consumption of material goods contributes to attitudes which lead to violence, and the loss of our relationship with the environment contributes to a disconnection with our sense of humanity – something which is rarely considered in our current structures.

As a result of transformative processes in Brazilian cities like Curitiba such as accelerated and chaotic urbanization, changes in power relations between employers and employees, an increase in underemployment and unemployment, and poor or no public housing policies, we now find ourselves a long way off from any systematic process of planning towards equity and a sustainable urban life in balance with the environment.

Therefore, the image of the planned city of Curitiba which exports solutions to the World, can be easily debunked by simply witnessing the lack of concern with the everyday life of its population on its own city streets.

Socio-spatial segregation consists of dividing social groups within the urban space according to factors such as economic differences, status, race, and gender bias. Lacking in the striking natural beauty of cities like Rio de Janeiro or Florianopolis, Curitiba built an image for itself through construction of major public works, parks and squares by mayors who were more concerned with building scenes for postcards than treating the city as a dynamic, rapidly growing environment that pushes the poor onto the flood plains on the urban periphery, with no basic infrastructure where they are left to fend for themselves.

The current mayoral administration seems primarily concerned with building large public works as monuments to itself. Like most recent administrations it ignores the daily concerns of residents in the city’s peripheral neighborhoods and slums.

As a result of these processes, Curitiba residents now suffer from a geography of fear. Increased violence and crime leads to a growing sense of insecurity which is further fragmenting urban space and creating territories in which the government cannot act effectively to reduce conflict, in a process which generates more violence.

Curitiba, due to the urban planning processes I discussed above as well as its ethnic make up, has an extremely high level of socio-spatial segregation. This leads to various types of conflicts and condemns its 20% black population to invisibility behind the myth of a city formed by different European ethnic groups.

I was elected as Curitiba’s first black City Councilwoman out of the hope of dismantling this segregation. Our city is 327 years old. Its structural racism is so overwhelming that it took until 2021 for this to happen, thanks to a path that was paved by the struggle of womens movements, black movements and the progressive governments that we had in Brazil before the 2016 coup against Workers Party President Dilma Rousseff.

Some of the information used by Ms. Dartora in this speech was obtained from the Latin American Geography Observatory/Observatorio Geográfico de América Latina

*Ana Carolina Dartora is a teacher, feminist, historian and doctoral student in education at Federal University of Parana. She is the Secretary of Women, Work and LGBTI rights at the Parana State Teachers Union, an activist in the World Woman’s March and the Brazilian Black Movement, and the first black woman city councilor in the history of Curitiba.