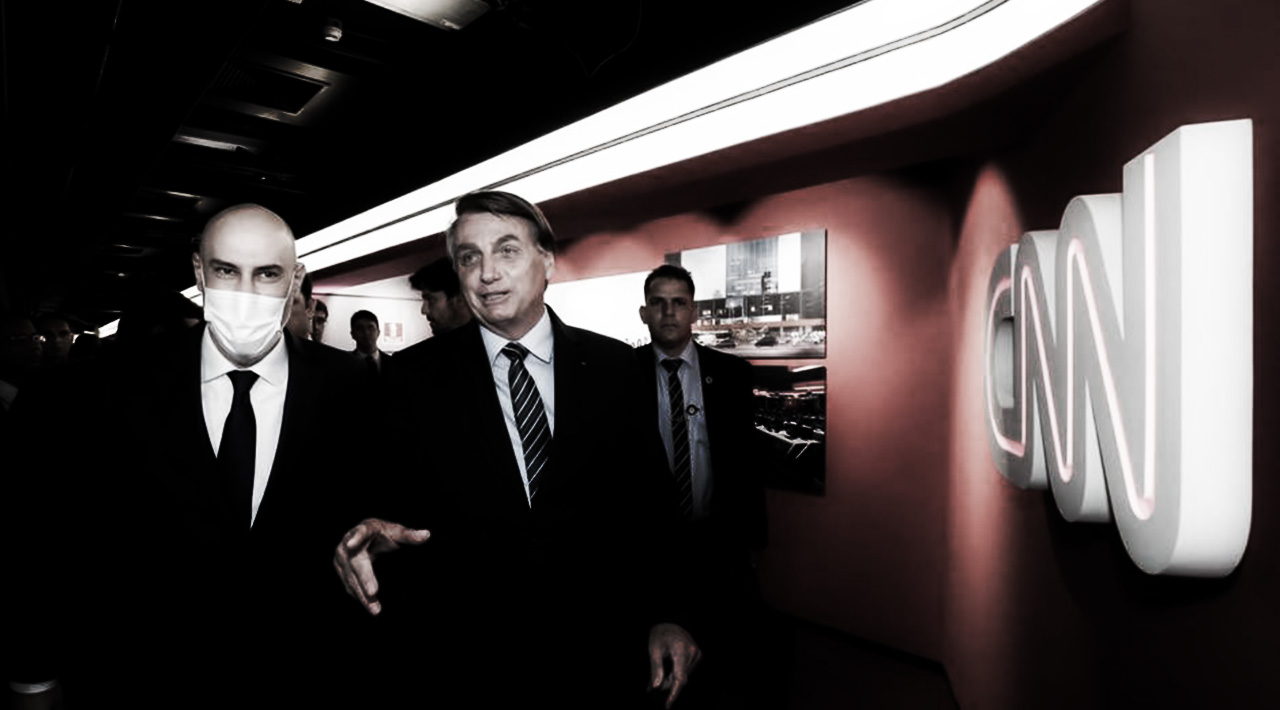 On 7th March 2021, hours after Brazil broke 4000 deaths per day from Covid-19, far-right president Jair Bolsonaro held a lavish dinner in São Paulo for business, banking and media leaders at which he sought to regain support of the corporate core which backed him at the 2018 election.

Folha de S.Paulo reports that one of the businessmen present, who asked not to be identified, revealed that the president was given an ovation after his speech by maskless attendees who included Rubens Menin, the property and banking billionaire, who is founder of Brazil’s branch of the CNN Television news network.

Atlanta, Georgia based CNN, founded in 1980 by Ted Turner was the first of its kind providing 24 hour breaking news coverage. In recent times it covered the presidency of Republican Donald Trump critically, but CNN Brasil, launched in March 2020 is considerably to the right of its US mothership, and closer to Fox News in its editorial direction.

The CEO of CNN Brasil is journalist Douglas Tavolaro, who was vice president of TV Record for 14 years. He co-authored the biography of TV Record’s owner, his own uncle Edir Macedo, leader of the neopentecostal Universal Church of the Kingdom of God. Record is the second most watched television channel in the country behind Gloho, and aligned itself editorially with the Bolsonaro government, broadcasting the first exclusive interview after the 2018 presidential election. During that election, the Union of Professional Journalists in the State of São Paulo (SJSP) denounced professional pressure and harassment by the station’s management to benefit Bolsonaro at the expense of opponent Fernando Haddad of the Workers Party. Tavolaro was vice president at the time. Paulo Zocchi, president of the SJSP, said there was “open manipulation” of the news to favour Bolsonaro, which began a few days after Edir Macedo announced his support for the far right candidate.

CNN Brasil aired for the first time on March 15 2020, a day of pro-Bolsonaro demonstrations for the closure of the National Congress and the Supreme Court.

In November 2020, Bolsonaro visited CNN Brasil headquarters. Among staff present at the meeting were Tavolaro, and the director of Journalism, Américo Martins. The company announced: ”The President of the Republic, Jair Bolsonaro, visited the CNN Brasil Newsroom, in São Paulo, this Wednesday afternoon, where he was received by the company’s CEO and founding partner, journalist Douglas Tavolaro. The meeting gathered a delegation with ministers and secretariat from Brasilia and the main journalism executives of the station. The conversation with CNN’s editorial board dealt with political, economic, social issues and the government’s challenges for the end of the year and 2021”.

CNN Brasil’s team also includes veteran journalist William Waack, a former Globo news anchor who was fired after being caught making a racist remark whilst reporting from Washington D.C., and who is revealed in State Department cables to be a long term US informant.

Besides CNN, media was represented at the dinner by Tutinha Carvalho, of Jovem Pan and João Camargo from Grupo Alpha, and José Roberto Maciel of SBT TV Network, which is home to Danilo Gentili, a far-right comedian and wannabe Jair Bolsonaro presidential successor.

The guestlist was packed with billionaires such as José Isaac Peres, of shopping mall network Multiplan, who in his own speech defended Bolsonaro in his opposition to lockdowns. Other diners included retail heavyweights Flávio Rocha of the Riachuelo clothing store, João Apolinário of Polishop, and Alberto Saraiva, from fast food chain Habib’s.

The unnamed businessman present also said that in his speech, Bolsonaro lauded Brazil as one of the few countries in the world that manufactures a vaccine against Covid-19. This is despite his own obstruction and outright dismissal of vaccines available to Brazil, such as Instituto Butantan’s Coronavac, for which his government is now attempting to take credit.

Brazil which once led the world in its vaccination programmes, now lags far behind the United States and United Kingdom and neighbours such as Chile as a result of Federal Government’s wilful failure to procure vaccines before the storm.

Bolsonaro allies had concluded that his covid denialism has lost the far-right president crucial support of business which helped carry him to the presidency. This has forced Bolsonaro into a complete U-turn in his position on vaccination, though maintaining opposition to national lockdown and those implemented by state governors and municipal mayors, despite dramatic drops in covid cases in locations where this has been observed. Following a Supreme Court ruling, the Bolsonaro regime now faces a Senate Inquiry into its handling of the pandemic.

The lavish dinner was an attempt to shore up the support ahead of the 2022 election in which he has now fallen behind former president Lula in the polls. At one point Riachuelo’s Flávio Rocha said that Bolsonaro had at his side “the best General for the economy” in Paulo Guedes, triggering applause from those present. Whilst Wall St. darling Guedes has looked vulnerable in recent times, or even set for an exit from the Bolsonaro government, there now appears to be an attempt to strengthen his position. This would be an attempt to secure endorsement from business he requires for realistic hope of re-election, or even corporate support for any anti-democratic gambit he may attempt in order to cling to power.