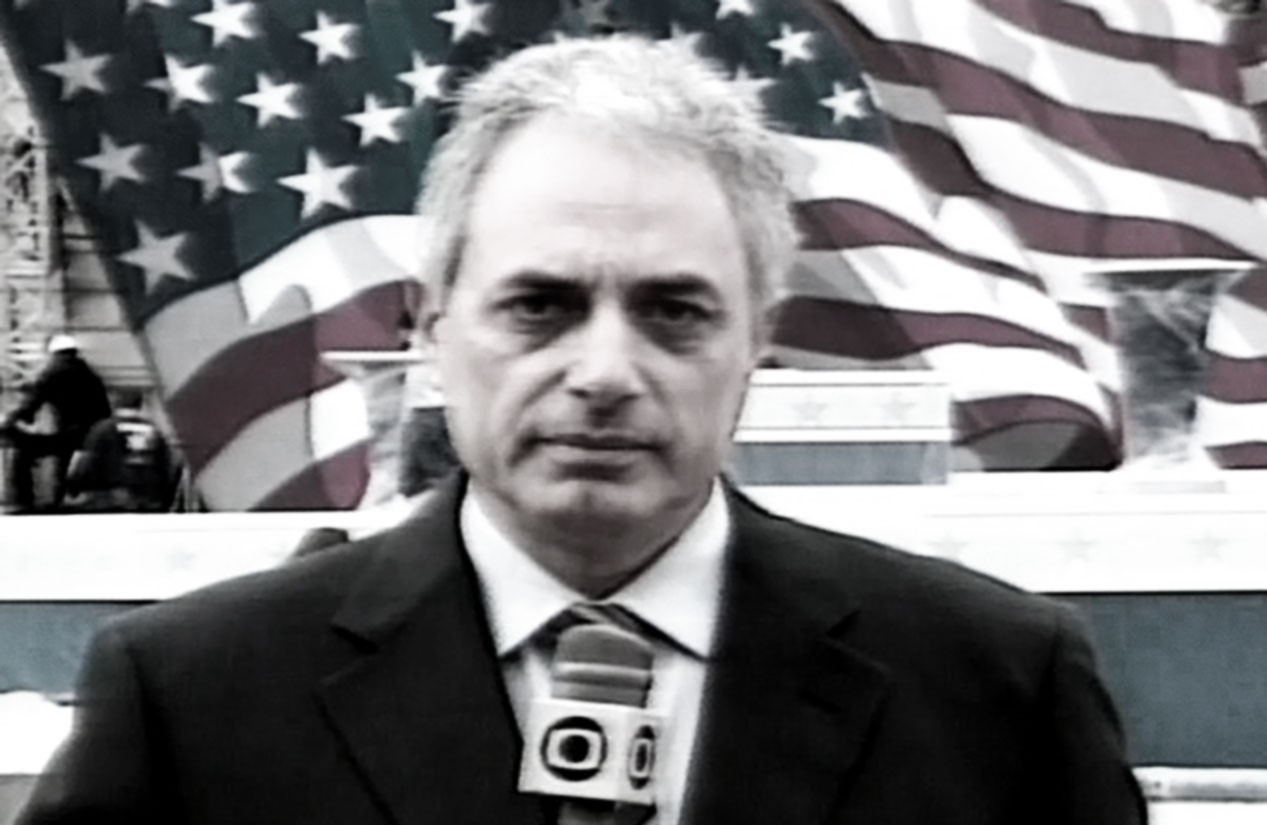 In 2006, Globo TV’s senior news editor Ali Kamel wrote a book called “We are not racists“, in which he argued that, despite all the statistics that prove otherwise, there is no structural racism in Brazil. The book was widely criticised, as detailed in this paper by Daniele de Oliveira of UFBA. Kamel later sued fellow journalist Paulo Henrique Amorim for accusing him of actually being racist.

The irony of this book, which reflects the network’s editorial position, came to light on November 8 2017, when a video began to circulate online of Globo’s senior news anchor William  Waack, in an interval during his coverage of the 2016 US Presidential election, making a racist remark to a nearby driver. The clip shows him saying “Why are you honking your car horn, you piece of shit? I’m not gonna say it because I know who it is… You know who? It’s a black right? (laughs) Things like this are always blacks”.

Within hours Rede Globo, under fire for the lack of racial diversity in its programming, had announced his immediate and indefinite suspension “until the situation becomes more clear”.

Rumours circulated that the the video was leaked deliberately from within Globo itself.

A veteran of various major magazines such as Veja, newspapers such as Estadão, he also served as an international correspondent, covering events such as the first Gulf War, during which he was allegedly kidnapped by Saddam Hussein’s Republican Guard.

Now aged 64, he is known for his staunchy Neoliberal, Pro-US positions, and the news programme he has fronted for over a decade was consistently oppositional towards the Governments of Lula da Silva and Dilma Rousseff. He explicitly blamed the recession of 2015-16 on the economic policies of PT, while ignoring the most significant external factors such as the collapse in commodity prices, delayed effects of the 2008 financial crisis, and the freezing of energy and construction sectors caused by Operation Lava Jato. It was also, as per the rest of Globo’s output, highly selective in its reporting on political corruption. The show, which has run since the days of the Military Dictatorship is considered even more propagandist than the evening’s flagship Jornal Nacional, which is fronted by William Bonner, whom some consider “the most important politician in Brazil”.

The new racism scandal around William Waack has also put his history back in the spotlight.

His laughing companion in the clip is Paulo Sotero, a director of Washington D.C.’s Wilson Center think tank, which launched its own specific Brazil Institute in 2006 and whose recent guests include controversial Lava Jato Prosecutor-Judge Sergio Moro.

Waack, who has also been regular contributor to Francis Fukuyama’s American Interest magazine, was in 2010 outed as a US informant in State Department cables, some dating back to the 1970s.

“According to a confidential state department cable published by Jornal do Brasil and other online media, the person of interest is William “Bill” Waack. The (then) 59-year-old Waack moderated a crucial presidential debate in last year’s election and has been an anchor with Globo TV.

Waack did a high profile interview with secretary of state Hillary Clinton that set the stage for president Barack Obama’s 36-hour visit to Brazil and later helped facilitate the objectives of U.S. businesses and policymakers during the tour in March. The state department cable reveals that Waack told U.S. officials that Dilma is not the most qualified candidate and that she seems “incoherent,” statements consistent with his subsequent efforts to characterize her as an unflattering candidate during the presidential campaign.

A heralded foreign correspondent for Globo in European capitals and war zones who came home to anchor the nation’s top nightly news show, the image of Waack as the Walter Cronkite of Brazil does seem to match up with the job description of propaganda asset developed by the CIA’s legendary global media strategist Cord Meyer that remains a staple of U.S. intelligence tradecraft, and that of some allies and competitors in Latin America and other seemingly soft power arenas. Meyer joined the CIA after rooting out communists at the United World Federalist movement, an early globalist organization. His media playbook in Latin America was inherited by Tom Enders, who, like Meyer was a member of Yale’s Scroll and Key secret society and served as assistant secretary of state for Inter-American affairs during the Reagan era, when Waack first showed up the diplomatic cocktail party circuit that includes journalists.

Over the past few years according to the Jornal do Brasil and other online sources Waack met on several occasions to share information with and receive guidance from the U.S. ambassador to Brazil, and Israeli government officials. Waack’s pro-American views have been amped up in The American Interest, where he has chastised Brazil for its growing trade relationship with China.”

“The outing (of William Waack) is a reminder to press freedom and open internet advocates of how U.S. public diplomacy folded into local media culture can construct political reality in emerging democracies that can change the outcome in the ballot box.”

Waack would later go on to sue outlets which reported the above information, despite it documenting clearly that, like key Coup players Michel Temer, Jose Serra and Romero Jucá, he was also a long-term US informant. His takeover of Jornal da Globo in 2005 coincided with what we now know to have been the beginning of a new strategy by the United States to counter South America’s ‘Pink Tide’ of popular Leftist Governments, which placed heavy emphasis on media & white propaganda.

If this racism controversy is the sound of a curtain falling on a storied journalistic career, Waack, who in all likelihood enthusiastically supported the ouster of Dilma Rousseff, will neither be missed or fondly remembered by Brazilian Democracy, nor its Afro-descendent population.