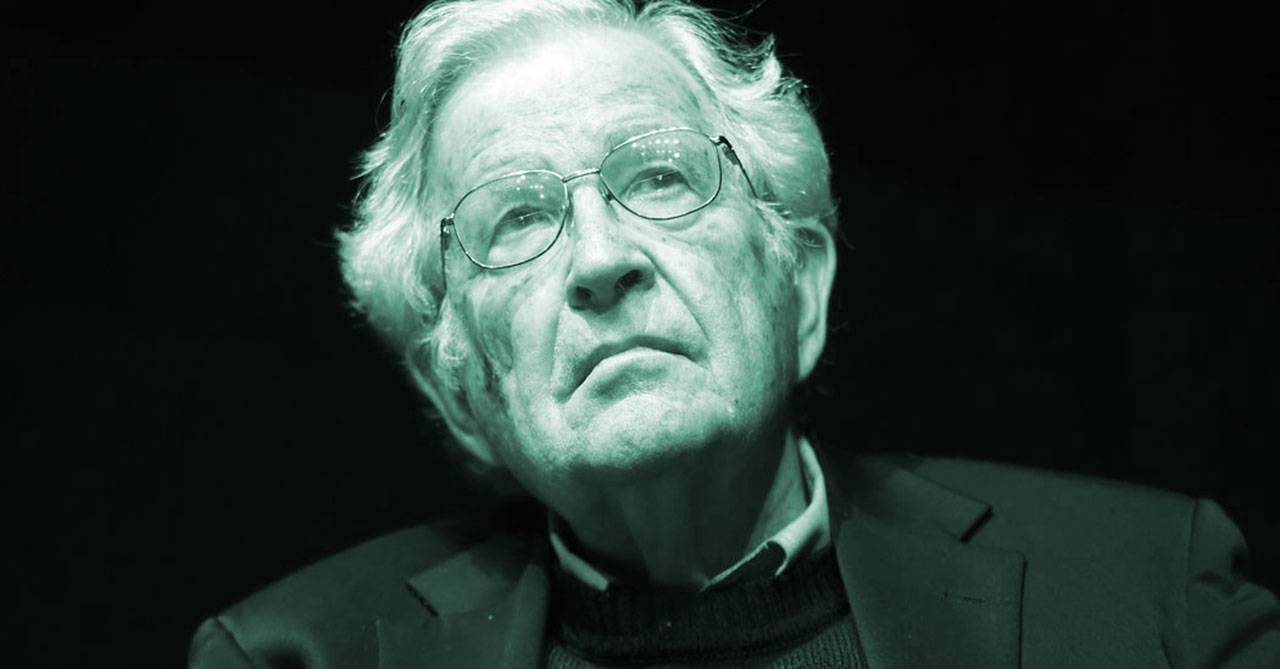 World renowned linguist, philosopher, historian and social scientist, Noam Chomsky, has added his voice to a wave of international condemnation, which is growing in response to the treatment of Brasil’s former President Luiz Inácio Lula da Silva.

In a video, published on 19th January, Chomsky drew attention to the need for Lula to be allowed his Presidential candidacy for the wellbeing of Brasil’s democracy.

The pursuit of Lula, who is currently far ahead of the pack in all polling scenarios for the October 2018 Elections, has been attacked as legal harassment, politically-motivated persecution and lawfare. He now faces a January 24 appeal at Porto Alegre’s TRF4 court, itself accused of bias, against a 9.5 year sentence for a conviction based on a charge that he had received bribes from construction firm OAS, in the form of building work on a luxury Triplex apartment in São Paulo’s coastal city of Guaruja. Social Movements such as MST are mobilising to send large numbers of demonstrators to Porto Alegre on the 24th, and there are other protests organised in solidarity with Lula, such as in São Paulo.

The key factor in the case is that the prosecution, led by US-Schooled and DOJ/State Department-backed inquisitor-judge Sérgio Moro, could produce no actual evidence that Lula even owned the apartment. Public opinion of the case is split along political lines, despite years of vilification and innuendo from pro-coup oligarchic media such as Globo and Estadão.

Chomsky is the latest to speak out on the matter as the appeal hearing nears. Hundreds of lawyers have condemned the state of exception in Brasil, and loss of the rule of law. A group of US Democrats in Congress have also drawn attention to the lack of due process in the case, a move which corporate media such as Forbes have quickly tried to dismiss.

Elsewhere, Spain’s El País ran the headline “If Lula is prevented from being a candidate it will be a fraud“, on its Friday 19th January cover. France’s La Liberation, ran with “Those who accuse me know they have lied” and an interview with Lula himself. German media has over the past year reported more extensively on the legal persecution of the former President, with Die Zeit carrying this interview.

In the UK however, worldwide controversy about the case has been minimised or omitted altogether. So far only a letter from UK academics and politicians expressing concern about lack of evidence and due process has been published in the Guardian, which reflects the newspaper’s overall negligence in its reporting on Brasil’s Coup and crisis. The New York Times too has yet failed to properly report the the mass indignation over Lula’s pursuit. Both papers have maintained to their readership a sense that what is happening in Brasil to Lula is without controversy or doubt, that it is business as usual. Both Newspapers were present at a special joint press conference with Lula along with Die Zeit, El Pais and La Liberation on 18th January, but no results of that meeting have yet emerged from NYT or Guardian at time of publishing.

The troubling disparity between what is reported in UK & US media on Brasil compared to elsewhere has long been cause for concern, and in the case of Lula, there is as yet no sign of any change in that position.