There are astonishing similarities between post-World War 2 US and present day Brazil. Both countries had same-party rule for extended periods. In the US Roosevelt and Truman were in office for five terms, from 1933 to 1952. In Brazil, the Workers Party (PT) dominated the executive branch for 13 years, from 2003 until the 2016 coup. Both parties were labeled as “progressives” and had some of the most popular presidents in the countries’ histories.

Similarities do not stop here. During the Roosevelt and Lula’s terms, both countries went through huge GDP growth. GDP growth under Truman  averaged  4.3% and under Lula it averaged 4%. The political opposition recurrently accused all four presidents during these periods of corruption and tried to relate it to a moral sense of outrage.  In both countries, minority groups social advances were described as privileges by their detractors and the opposition fought hard against them. All four presidents had to deal with unfriendly Congress dominated by the opposition. In fact, Truman’s 1950  description of a  “do-nothing Congress” perfectly describes the Brazilian Congress during Rousseff’s last year of government.

In both countries, the “Red Scare” appeared. The social uneasiness against any egalitarian social programs or theories grew to the level of social hysteria with the  conservative politicians and media using it to  leverage against the government. The misogynist, homophobic narrative took place in both moments. In the US, New York Governor Thomas Dewey said the “reds, pinks and lavenders” should not have the right to receive  first amendment protection. One of the most influential Brazilian politicians, Jair Bolsonaro, recently said he would rather have a dead son than a gay one.

During the height of the American Red Scare, leftists were persecuted and jailed without any other proof than “being associated” with communism. Leftists were beaten on the streets and often lost their jobs. There were some places in the US where local authorities gave orders for all “left-lovers” to leave the city within 48 hours. Conservatives snitched on  university professors and artists, forcing them to speak to investigative committees” about their supposedly immoral or unpatriotic activities. Most professors who attended those kangaroo trials got fired without any justification. In Brazil, where gangs of right wing militants have begun to physically threaten and beat up high school teachers for offenses such as mentioning the name Paulo Freire inside the classroom, a group of 100 armed military police marched into Federal University of Minas Gerais on December 6 and arrested its associate dean several professors in a vague “anti-corruption” activity that university staff believe was related to the upcoming opening of a memorial and museum about human rights abuses during the military dictatorship. The irony that the military would try to repress a museum about military human rights abuses was not lost on the Brazilian academic community. 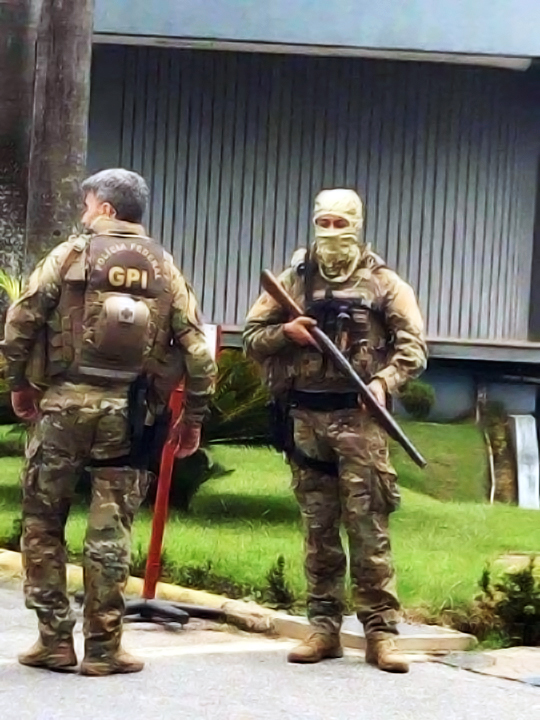 Last week a senatorial committee was created in Brazil allegedly to investigate child abuse. The Committee’s real function, however is to bully and embarrass artists, curators and, most importantly, sponsors that may be interested in linking their products to progressive viewpoints. District attorneys and judges are coercively demanding interrogations about scientific research, calling in professors to testify about their practices. Some professors and students are even receiving death threats from overzealous supporters of neo-facist/alt-right social media groups.

One of the Red Scare’s most puzzling aspects was the federal justice system’s permission to waive constitutional rights. In 1951, in a federal case (Dennis vs. the US), a senior court judge wrote, “Public opinion being what it now is, few will protest the conviction of these Communist petitioners. There is hope, however, that in calmer times, when present pressures, passions, and fears subside, this or some later Court will restore the First Amendment liberties to the high preferred place where they belong in a free society”. There are several cases of people who were sentenced to 30 years in jail just for being part of a political party. Some of the  lawyers who tried to defend those plaintiffs were also sentenced to up to 7 years in jail, just for doing their jobs.

Last week, in Brazil, one of the Supreme court judges gave an interview about the successful new kind of Brazilian judge. He said this new kind of justice is working fine because it has sentenced 170 persons to jail. The new way to measure Brazilian justice is through incarceration numbers, almost all of which are against leftists. Nothing was said about the correctness of those  judgments.

At least at the time of the American Red Scare, there was a logical explanation for the behavior. The US had just finished a war. The Soviet Union had recently detonated its first nuclear bomb and China had just become communist. How could a Red Scare take place in Brazil without any of those historical circumstances? Brazil hasn’t fought a war in over 100 years.

The answer is that a Red Scare is not about communism or any other international affair. The Red Scare is a tool used by privilege white middle-class people against any other social group that tries to get the same economic and social rights. The Red Scare is an internal excuse for not allowing a fairer society. Whites in the US and Brazil could not accept that the recent explosive growth of their middle classes be challenged by other social groups demanding the same benefits and rights.

In both countries, Communism is used as a bogeyman to scare those who still seem to believe that we are living in the 19th Century. The more they love reaping the benefits of economic segregation and racial and ethnic discrimination, the scarier the Reds become to them.

PhD in History of International Relations at the University of Brasília (UNB). Denver University Visiting Scholar.