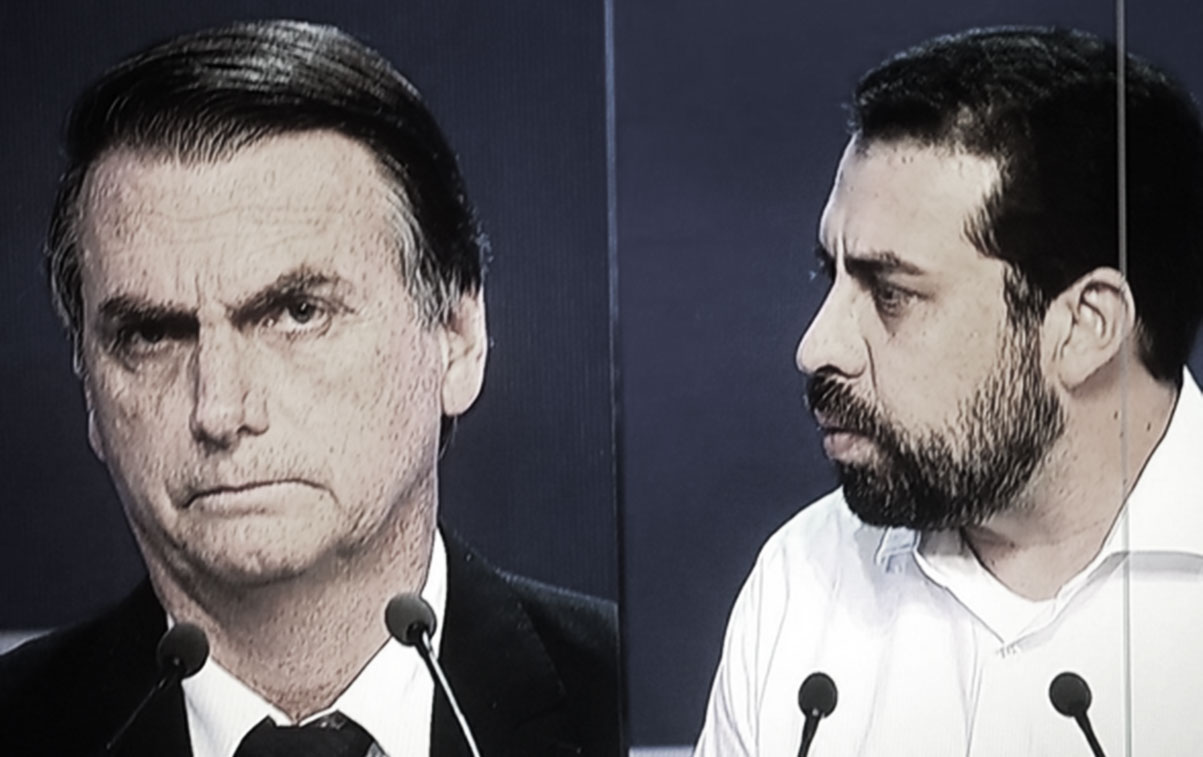 Boulos vs Bolsonaro: “All of Brasil knows you’re male chauvinist, racist and homophobic”

PSOL Presidential Candidate Guilherme Boulos opened the first televised Presidential debate, on 9th August on the Band Network, with a greeting for former President Lula, and denunciation of  both his controversial absence and politically motivated imprisonment in Curitiba. Lula’s running mates Fernando Haddad and Manuela D’Ávila were also refused participation in the broadcast, instead holding a “parallel” debate on their own networks.

In a debate which was staid overall, one highlight was the confrontation between MTST housing activist leader Boulos and Fascist Jair Bolsonaro of PSL.

Addressing Bolsonaro, Boulos went immediately on the attack: “All of Brazil knows that you are male chauvinist, racist and homophobic.”

Lauded by his supporters as free from corruption, Boulos’ subsequent question referred to Bolsonaro’s exposure as having a “phantom” employee. Boulos asked: “After all, Bolsonaro, who is Val?”. “Val” or Walderice Santos da Conceição has been listed as a member of Bolsonaro’s office since 2003, but has no registration in Brasília, according to a Folha de São Paulo report.

The PSOL candidate also asked sarcastically whether he was still a military reserve, due to the fact that he still received  armed forces housing benefit for a property in Brasilia. Bolsonaro, irritated, responded with a curt: “It is provided for by law. If it’s immoral, it’s another story. “

Pouring scorn on the idea that the Far-Right candidate represented change, MTST leader countered: “Bolsonaro, you represent an old politics, and old practices. You bought more real estate than  you had projects approved.”

In another key exchange, Boulos, citing assassinated PSOL colleague Marielle Franco, emphasised his own and his party’s emphatic support for Women’s right to choose on abortion. This time it was with a cornered Marina Silva, who could offer no such clarity due to her evangelical faith. Silva was a US-supported candidate in the 2014 elections until falling to make the runoff as expected.