In January 2017 Brazil’s Prosecutor General Rodrigo Janot made an unprecedented trip to Davos for the World Economic Forum, during which he addressed assembled billionaires about the strides his country was making in combatting corruption.

The nature and purpose of his trip raised eyebrows. Federal deputy Paulo Pimenta (PT-RS) remarked: “I did not find any legal provisions that would justify Janot going to Davos Forum, or any other forum that deals with economic matters, to talk about the Supreme Court’s duties,”

“So I want to know if Janot was invited, or went on his own, who accompanied him, who paid the costs for the trip, the stay, the transfer and also the reasons that convinced Prosecutor General Janot to go there” he added.

While in Switzerland, news broke that colleague, Supreme Court Judge Teori Zavascki, overseer of cases related to Lava Jato had died in a light aircraft crash, with significant suspicions of foul play.

The next morning, Globo reported that the financial markets had “reacted positively” to the news of Teori’s death. 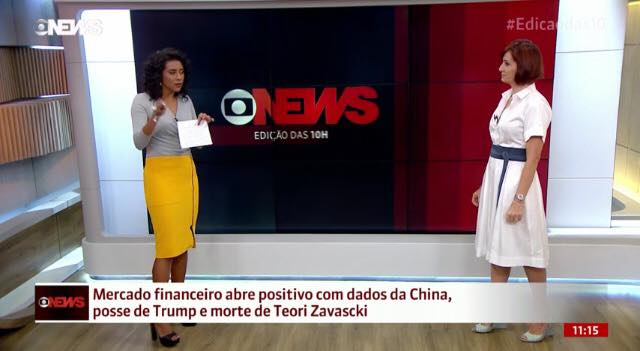 A messianic narrative on Lava Jato persists, despite well documented abuses and irregularities in the investigation, and there is very little nuance or media criticism of Lava Jato to be found in international coverage, despite its similarly well-documented damage to the Brazilian economy.

The earliest record of Lava Jato’s conception was a 2004 document authored by Prosecutor Sergio Moro, “Considerations of Mani Pulite” – the Italian prototype for Brazil’s anti-corruption drive. Leaked 2009 state-department cables reveal US collaboration with Moro on a project called “Bridges”, which involved training, planning and strategising for a future large scale money-laundering investigation, which would become Operation Lava Jato.

Our own hypothesis from 2015 was that at the root of Anglo media, promoted commentariat and certain foreign governments’ rabid zealotry for Sergio Moro & Operation Lava Jato (and in turn, impeachment) was its potential, not to “clean up corruption” but to turn Brazil’s enormous public sector & natural resources into low hanging fruit for transnational capital. Now, 8 months into Temer’s presidency, as predicted, a wave of cut-price selloffs are underway, with privatisation effectively enforced by the PEC55 20 year Austerity constitutional amendment.

Janot found the attendees at Davos enthusiastic about Lava Jato with delegates “embracing” the anti-corruption crusade. In his speech to the conference, he described Lava Jato, an ostensibly independent & impartial criminal investigation, as “Pro-Market”.

Janot asserted that the anti-corruption drive was improving the investment environment in Brazil, and that through Lava Jato, foreign companies could recoup more on their investments. “What we want to do is avoid crony capitalism, cartelization, ensure competition, economic efficiency and technological development.” Janot explained. For “efficiency” read lowering of wages, higher retirement age and destruction of workers rights that have protected Brazilians since the 1940s.

Some of these statements raise serious concerns about separation of powers. Can the Judiciary, politically neutral, act from an ideological standpoint? If Lava Jato is “Pro-Market” as Janot said, that is a clear political position, and gives credence to accusations that the operation is loaded in favour of Neoliberal parties, in particular PSDB. Indeed Lava Jato is talked about as if more important than Government Policy, or even Government itself.

While the Attorney General attended Davos, Justice Minister Alexandre de Moraes was in the process of blocking a deal with Switzerland over evidence of laundered bribe money held in Swiss accounts, which would potentially incriminate President Michel Temer & Minister for Foreign Affairs, José Serra.

It wasn’t all a love-in at Davos – Brazil failed to appear, or ‘fell off the map‘ as some put it, in a 62 minute centrepiece seminar involving 6 specialists, giving the conference their perspective on the world’s immediate economic outlook.

One country which did garner plaudits at the conference was neighbouring Paraguay, with predicted GDP growth of 3.8% in 2017. Janot talked of cooperation with Latin American countries like Paraguay on their own anti-corruption operations, while Paraguayan President Horácio Cartes eulogised Operation Lava Jato as a historic turning point for the region. Cartes has previously been accused of money laundering, drug trafficking, tax evasion and ideological falsehood, and at one point was said to be the biggest supplier of counterfeit cigarettes… to Brazil.