Christina Rickardsson, 33, is a  successful Swedish businesswoman who spent the first years of her life as Christiana Mara Coelho , one of tens of thousands of homeless children who did what they could to survive on the rough streets of Brazilian cities during the crisis years of the  1980s and 1990s.  After winding up in an overcrowded charity orphanage at the age of 8, she and her brother Patrick were adopted by a Swedish couple and had a traditional  upbringing in the northern town of Umea.  She had completely forgotten Portuguese when, 24 years later, she traveled back to  find the orphanage and her biological mother.  The book she wrote about these experiences, Sluta Aldrig Gå, is currently a best seller in Sweden, slated for release in Brasil some time in the first half of 2017 and rumored to be released in English some time in the near future.  She is a successful motivational speaker and her TED lecture can be seen here. Brasil Wire caught up with Christina last week as she was meeting with her publishing company and visiting favelas and orphanages for her new non-profit organization, the Coelho Growth Foundation,  which she plans to use to help improve conditions for poor children in Brasil.

Tell us a little about your book

My book is an autobiography. Roughly translated into English it would be “Never Stop Walking”. It  tells the story of my mom and I and our lives here in Brasil. When I was 15 days old we moved to a cave outside of Diamantina, Minas Gerais. We lived out there in the wilderness by ourselves until I was 5 years old, struggling, and sometimes we went into the town to beg on the streets for food and money to survive and then we got chased out of our cave and ended up on the streets in São Paulo, sometimes in the favelas. Life was very tough. So the book is about me and my mom’s journey through all that, but also about what happened later. When I was about 7 years old my brother and I ended up in an orphanage here in São Paulo and at the age of 8 we were adopted to Northern Sweden and that was a huge cultural shock for me.  So the book has two stories simultaneously.  One story is Christiana Mara Coelho , the Brazilian girl telling her stories and talking about her memories and her life. The other story is Christina Rickardsson , the 32 year old Swedish woman telling her story of going back to Brazil for the first time to try to find the orphanage and her family and the cave where she lived and through that you get to follow my story, my thoughts and my feelings but I also talk a lot about what home and family are, what a country should and should not do for its citizens, how we treat each other and so on so it’s much more than just a personal story.

What was it like arriving in Sweden as an 8 year old?

Everything was a shock in the beginning. The weather, the religion, the food culture,  how you dress, how you talk and social codes are so much different. It’s like taking someone from planet earth and moving them to Mars to live with the Martians.  When I came to Sweden I learned very quickly that who I was, Christiana, was not accepted because I was not Swedish. So what I realized very fast was that I had to become Swedish. So I forgot all my Portuguese in two months and I spoke Swedish.  I remember that it was a shock to me that I couldn’t communicate with people and I was afraid that if something happened to me I wouldn’t be able to tell my new parents or that I wouldn’t fit in so it became psychological, it became a huge shock. That is what I remember feeling.

In the end it was a very good experience  but it is important to say that I never felt that I lost my Brazilian me. I always saw myself as a Brasilian but of course after 25 years in Sweden I became Swedish too so the way I look at myself is that I have two nationalities, different cultures and when you are 8 years old you pretty much already have your culture and personality.  I still have those Brazilian parts of my personality  but maybe I don’t have those characteristics up there the same way that I do when I come back here. I adapted those characteristics more to the Swedish culture but I am a little bit warmer than the average person back in Sweden. I hug a lot, I kiss a lot and it’s true I do not always arrive on time (laughs). 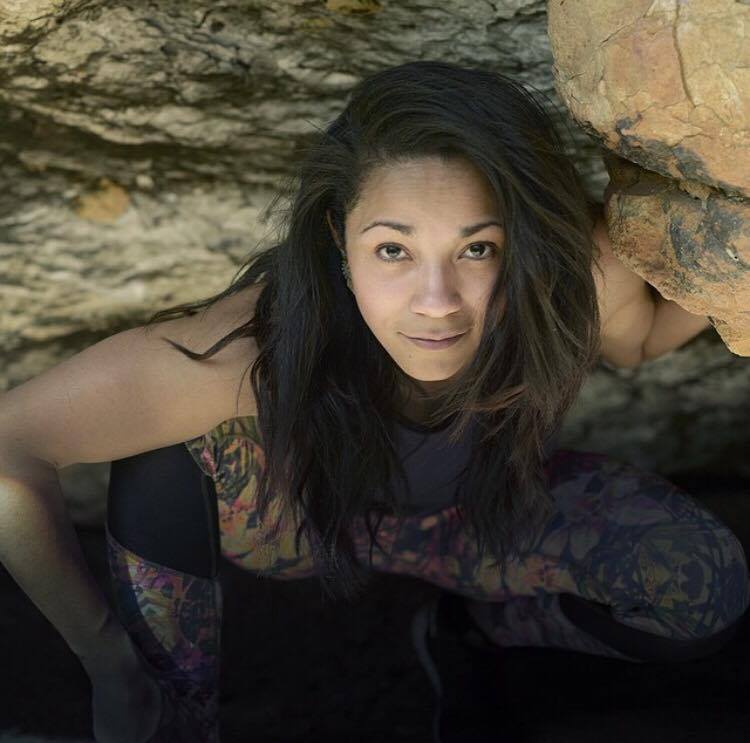 Photo taken in the cave where Christina lived for the first 5 years of her life with her mother, outside Diamantina, MG.

When you left Brasil during the early 1990s it was in a crisis. There was a terrible hunger epidemic and it looked like Brasil was sliding into oblivion. That is the moment you left and you came back 24 years later. What do you notice that has changed?

I think that when I returned here the first time my mind was more set on finding myself so I don’t think I was thinking a lot about the difference between now and then. The first thing I noticed was that I didn’t see as many street children as I remembered because I was a street child myself. I don’t know if that is because I wasn’t in the right neighborhoods. I stayed in Jardins and I don’t expect Jardins to have a lot of street children.  I was hoping that I wouldn’t find any street children or homeless people at all or so many favelas or poor areas. I knew they exist because I read the newspapers at home but I was still hoping that it would be much better and I was a little  disappointed that it is not.

The 2009 Federal Adoption Law forces orphanages to conduct a thorough search for all family members and prioritize placing children with relatives before enabling them to be available to adoption, something that has become much easier to do because of the internet. If you were put in an orphanage today you wouldn’t be taken to Sweden because they would have to find your family. What was it like finding them again?

I am very glad that I found a part of my family and we are still reconnecting and getting to know each other.  I think it’s very difficult to explain to people who haven’t been through it, separating from your family and then trying to reconnect. I have had a totally different life up there. There are cultural issues between us. You have to get to know each other all over again.

Are you happy that you went to Sweden for 25 years or would you have rather been in Brasil the whole time?

I wouldn’t change my life in Sweden because I really got to know beautiful people and I have had a good life and I got an education and a different life from what I would have had here. But the adoption could have gone a different way.  They could have done it more smoothly so the shock wouldn’t have been so huge. But I don’t believe in thinking,  ‘if I could have done things differently’ and living in the past. I think you should strive to do the best with what you have and always strive to be better and move forwards but I’m glad to hear that Brazilians have better adoption laws now then they had when I was 8 years old because the way that the adoption went for me was not the best. It was a shock but I am very glad for having my life in Sweden.

By Guilherme de Queiroz-Stein for Brasil de Fato Any concession to a “parallel count” of the 2022 elections by the Armed Forces poses a great...
ARMED FORCES

Spokesperson for the Mossad-linked Israeli company CySource, Hélio Sant'Ana was IT director at Palácio do Planalto during the Bolsonaro government, and has been found...
DEMOCRACY

With the 2022 election only weeks away, YouTube, owned by US tech giant Google, has been found to be favouring pro-Bolsonaro videos in its...
ELECTION 2018

Incoming British Prime Minister has been challenged in parliament over her proximity to far right Brazilian president Jair Bolsonaro. The questions are related to...
Facebook
Twitter