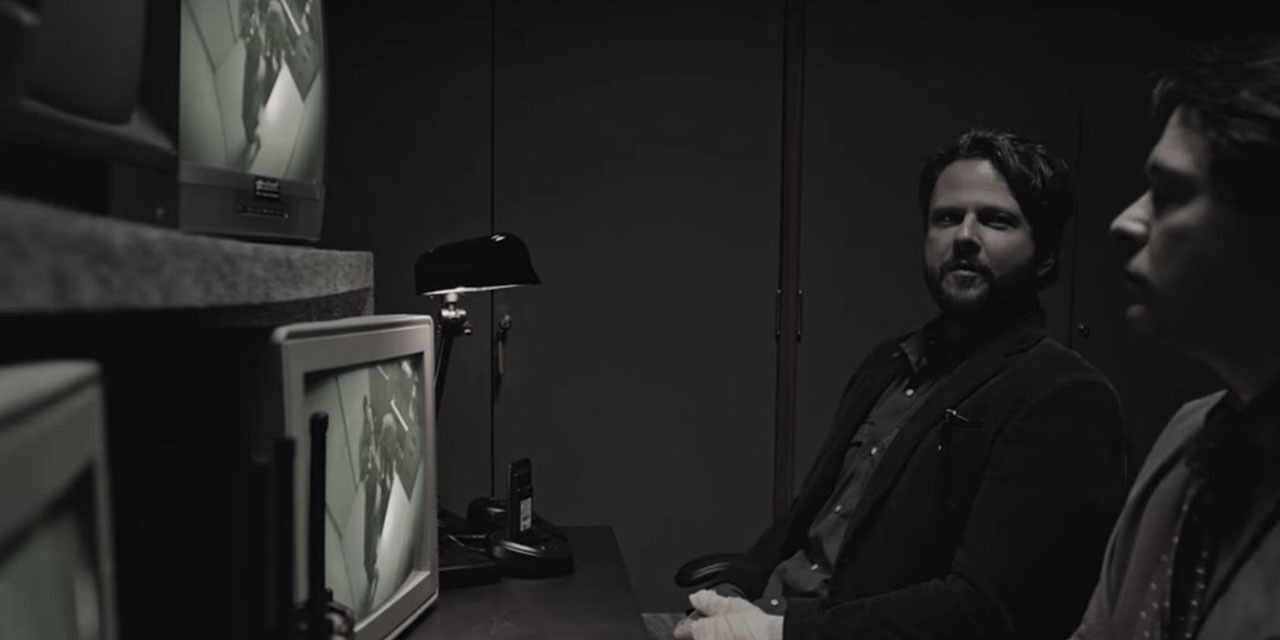 This review of ‘The Mechanism’ originally appeared at AdoroCinema, a mainstream Brazilian TV & Movie review portal. Translated by Brasil Wire.

“In Brazil, the definition of justice in the dictionary does not contain the words balance and impartiality,” says the narrator of The Mechanism at an important moment in the plot. Not that it is the purpose of the series to seek justice, but it is certain that a little more balance was well needed for production.

On the subject of impartiality, the efforts of the creators José Padilha and Elena Soarez and the team of writers should be recognised, in trying to sell the idea that such a mechanism encompasses all the parties, from the left and the right, from the President of the Republic to the employee of the water company, through the young middle and upper class who falsifies a student’s wallet and gives a “beer” to the police officer. For a few moments, the series can sell this image well. In others, however, a biased stance is evident, such as when we see the character of the former president (clearly inspired by Lula) using phrases such as “ending the bleeding” and “building a great national agreement.”.

Using phrases from the notorious conversation between Sérgio Machado and Romero Jucá as the words of Lula is something beyond dishonest, and this is something that should be clear to people of the most diverse ideological perspectives.

Padilha is a very talented director with great mastery of the narrative. He uses the experience of Elite Squad and Narcos to create a really insightful investigative game at the beginning, in which the spectators get involved with the protagonists, the detectives Marco Ruffo (Selton Mello) and Verena ( Caroline Abras). Great actors, the two share the role of storytellers. In this sense, the director demonstrates an already traditional insecurity, appealing to the same voice over of the most famous works. There is always a need for a narration explaining the holes in the script and the feeling behind the actions, which is quite uncomfortable.

Still, the side of the police investigation works, mainly by showing the internal conflicts with the Public Ministry and by not trying to transform the characters into superheroes. But if on the one hand the series succeeds in creating complex and interesting cops, it slips into the idealized figure of Judge Rigo (obviously Sergio Moro). Here, one does not have to make an analysis of the real personality of the judge, but the one seen in the fiction is absolutely superficial. The series even portrays Rigo’s vanity, but puts him in a position well above good and evil. Everything is very idealized. It’s the guy who rides a bicycle, puts up shower curtains and shows happiness when signing autographs on the street. The filmmakers went so far as to place him reading a comic book called “Dark Watcher,” a clear demonstration of the script’s lack of subtlety.

Mello appears quite affected in the first episode, but improves. Abras maintains a good performance for all the chapters, although the romantic plot of his character almost never works. The presence of a strong woman in a traditionally masculine environment is fascinating. But at the same time, the script tries to undermine such a character with a plot involving an unstable relationship, something predictable and uninteresting.

Among the villains, the highlight goes to Enrique Diaz in the role of the doleiro Roberto Ibrahim (Alberto Youssef in real life). The veteran actor overflows with charisma, to the point of conquering the viewer. On a smaller scale, it is more or less what happens with Pablo Escobar in Narcos.

New Brazilian series from Netflix, The Mechanism spends a good part of its eight episodes trying to sell itself as neutral. And if you need to repeat so many times that something is neutral, it is not a good sign. There are references to Aécio Neves and Michel Temer (always using a false name), and points to a deepening process of impeachment in an eventual second season.

Directed by Padilha, Marcos Prado , Felipe Prado and Daniel Rezende , the series is lean, with only a longer episode at the end. Still, it can not help its repetitiveness by offering the same storylines several times. This is true for character arcs, but also for recurring situations, such as the character who is arrested / detained countless times and in all of us accompany the effect of the situation on a relative.

A political columnist for a newspaper, Padilha may be too close to the subject to deal with it. In fact, I think anyone in Brazil today is too close to the subject. There is no distance from the process and almost nothing is passed and judged. Thus, the series sells truths that may not exist in a short time. Not to mention those that never existed.