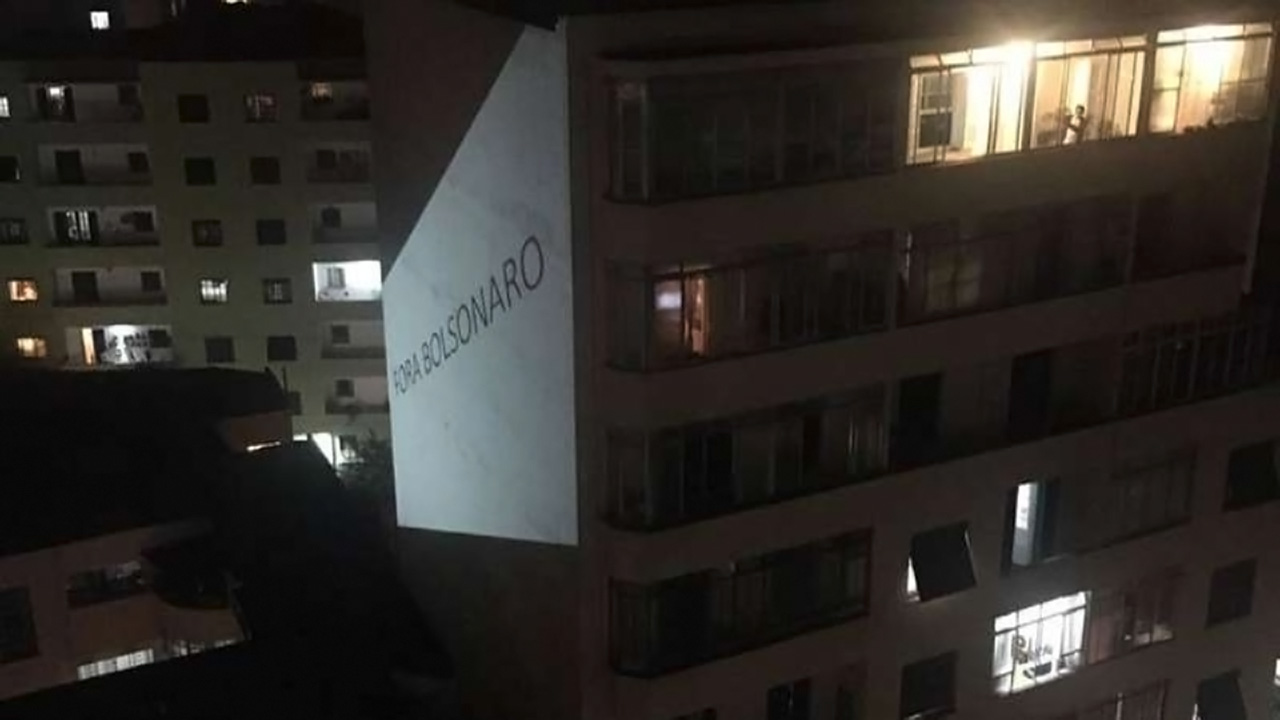 The infamous Panelaço, the form of protest where people bang pots and pans from their windows, with their screams and demands echoing from building to building, has returned to Brazil. Watchers of history know that this doesn’t usually end well for the President.

A day later they resumed in the afternoon during the Bolsonaro government’s press conference on Covid-19. Then at 7:30pm in Rio de Janeiro’s Laranjeiras, a neighbourhood with a strong left-wing subculture, it began to intensify, before at 8:30pm the protest exploded across the country, with the participation of many who are self-isolating at home in light of the Covid-19 pandemic.

The last time it occurred with any force was during the campaign to impeach Dilma Rousseff.

Leandro Grass’s impeachment request, delivered to President of Congress Rodrigo Maia, described various crimes of responsibilty (high crimes and misdemeanours), of the type which could not be found to impeach Rousseff. Instead, she was impeached controversially for a budgetary infraction involving no personal enrichment, a manoeuvre which was officially legalised days after her removal, and has been used by all Presidents prior and since. It was a punishment looking for a crime.

The charges levelled at Bolsonaro could not be more different – he is accused of attacking Brazil’s Democracy itself:

1 – Public support for the March 15 street protests to shut down Congress and the Supreme Court.
2 – Publicly declaring, without offering any evidence, that the 2018 presidential elections were rigged by “Communists” to prevent him from winning in the first round.
3 – Public personal attacks against journalist Patricia Campos Mello which violate Brazil’s anti-sexism legislation.
4 – Breaking presidential decorum through publishing a pornographic video on his presidential social media accounts during the 2019 Carnaval.
5 – Attempting to create a public holiday commemorating the 1964 US-backed neofascist Military coup.

Given the means by which Bolsonaro was elected – information about which continues to be released – the second point is of particular interest.

There have been ample grounds for an impeachment for some time. And the winds of public opinion now suggest that it would be successful. Yet, that the constitutional process of impeachment was so abused in Dilma Rousseff’s case leaves some uncomfortable with its use, even in this extreme instance, and there is deep distrust of any coalition with those who contributed to Brazil’s current plight. Public figures who were actively involved in the 2016 coup, such as lawyers Miguel Reale Jr and Janaina Paschoal, who drafted and presented the impeachment, are now publicly complaining about Bolsonaro. Reale Jr has suggested that the President requires urgent psychiatric evaluation.

The Panelaço as a form of protest has a long history in Latin America and is associated with the Bourgeoisie and reactionary movements. This time it is different. The country’s wealthiest and traditionally conservative neighbourhoods were again amongst the noisiest and the rightfully maligned Globo news flagship Jornal Nacional covered the protests with a sequence of videos from across the country, in a manner that left little doubt where its own position lay.

But what makes this different to 2015/16 is that Bolsonaro’s extremism, incompetence and irrationality has put the Brazilian left, its traditional mainstream conservatives, and more moderate economic liberals, into an seemingly unreconcilable and temporary coalition. This was the very consensus which powered the impeachment of Fernando Collor ind 1992, and defined, albeit uncomfortably, the two decades of stability between 1994 and 2014 – the Fernando Henrique Cardoso and Lula Presidencies, and Dilma Rousseff’s first mandate.

With Brazil’s post-2016 dismantling, above all people want stability, and desire for percieved “adults in the room” to regain control, is so great so that the likes of Congressional house leader Rodrigo Maia, who hails from the Dictatorship-heir party Democratas, look like allies. In these times, it seems that beggars cannot be choosers.

Since before he was even elected, Bolsonaro carried a threat of an auto-coup to shut down congress and the supreme court, similar to what Peru’s Alberto Fujimori carried out in the 1990s. He called his supporters to the streets on Sunday 15th March to demonstrate for these ends – effectively a return to Dictatorship, then denied doing so, yet posted videos of the protests and even joined them, breaking his own Covid-19 quarantine in the process. The protests were also reminiscent of Fernando Collor’s doomed attempts to save his Presidency when also facing impeachment in 1992.

On March 10 Bolsonaro gave a press conference in which he declared that Coronavirus was fake news, a “media fantasy” and his chronic mishandling of the pandemic is accelerating calls for his removal from office.

Now, the threat of Covid-19 closing Congress is looming, but Maia has insisted that its business will continue remotely if necessary, and remarked that the last closure of Congress resulted in a 21 year Dictatorship. Given his party’s own history, this itself is remarkable. Elsewhere Bolsonaro’s more moderate coalition is collapsing, and he has lost the significant percentage of his voters who did so merely for the false promise of Neoliberal reforms proposed by Finance Minister Paulo Guedes. That mirage is long gone, with the Brazilian currency the Real at an all time low, and GDP growth estimated between 1-2% even before the Coronavirus outbreak. Now it is expected to go into recession, JP Morgan just predicted a 10% drop in Brazil’s GDP for the second quarter, but the public will unlikely accept the pandemic as the sole cause.

Brazil is living an extremely dangerous moment. Under the threat of a public health catastrophe, it faces the possibility of a restoration of its democracy, or further descent into authoritarianism. The scales could not be more delicately balanced.

Protests across Brazil for the removal of far-right President Jair Bolsonaro began during his televised press conference earlier today, and are intensifying across the country. #panelaco18M pic.twitter.com/BI9eMhmTzr

In Rio de Janeiro the #panelaco18M protest to bring down Jair Bolsonaro kicked off an hour earlier than planned. pic.twitter.com/7KbQUFqDS4

Lapa, Rio de Janeiro. A city which was an electoral stronghold for Jair Bolsonaro in 2018. #panelaco18M #ForaBolsonaros pic.twitter.com/IkPdxxoUiU

Brazil’s wealthiest neighbourhoods, in which many which voted for Bolsonaro in 2018, have joined the revolt against him, his sons and allies. #panelaco18M #ForaBolsonaros pic.twitter.com/3SVXMhBUEd

Curitiba. The historic home of Brazilian fascism and base of the #LavaJato taskforce which worked to deliver Jair Bolsonaro the presidency. #panelaco18M #ForaBolsonaros #Lawfare pic.twitter.com/xs90UY5zZ7