A FUNAI inspection post built inside the Karipuna reservation in Rondonia was destroyed by loggers and land thieves. The building had equipment in it including an electrical generator, furniture  and a mechanics garage. The building hadn’t been used since the Dilma Rousseff presidency.

An inspection post belonging to the National Indian Foundation (Fundação Nacional do Índio/Funai) inside Karipuna territory in Rondonia was destroyed by illegal loggers and land thieves connected to international agribusiness supply chains. The reservation, which still had nearly 100% forest cover as of 2014, has lost 20 km2 of forest this year at the hands of the big ranchers and farmers, who have been encouraged to cut down forest in national parks and indigenous reservations by the far right government of Jair Bolsonaro. The inspection post cost around $200,000 and was built in 2016, during the final days of the Dilma Rousseff Presidency, after a private company was ordered to build it in compensation for illegal logging.

According to the Karipuna and CIMI, the Catholic Church’s indigenous rights organization,which is currently under espionage from the federal intelligence agency (ABIN), FUNAI agents worked at the post for the first few months after it was built, then the Temer government cut funding and it was abandoned. Since then, it was looted and now, according to health agents who were visiting the reservation, completely destroyed.

FUNAI itself, which was defunded during the coup government of Michel Temer, has now been nearly completely paralyzed in the Bolsonaro administration. One of Bolsonaro’s first moves upon taking office last January was to transfer control over FUNAI from the Ministry of Justice to the newly created Ministry of Family, Women and Human Rights, Damares Alves. Alves, an evangelical preacher who lied about having two university degrees and later claimed that they were “biblical diplomas” has been accused of kidnapping indigenous children and converting them to evangelical Christianity. Since being transferred to her jurisdiction, FUNAI has essentially been inoperative. 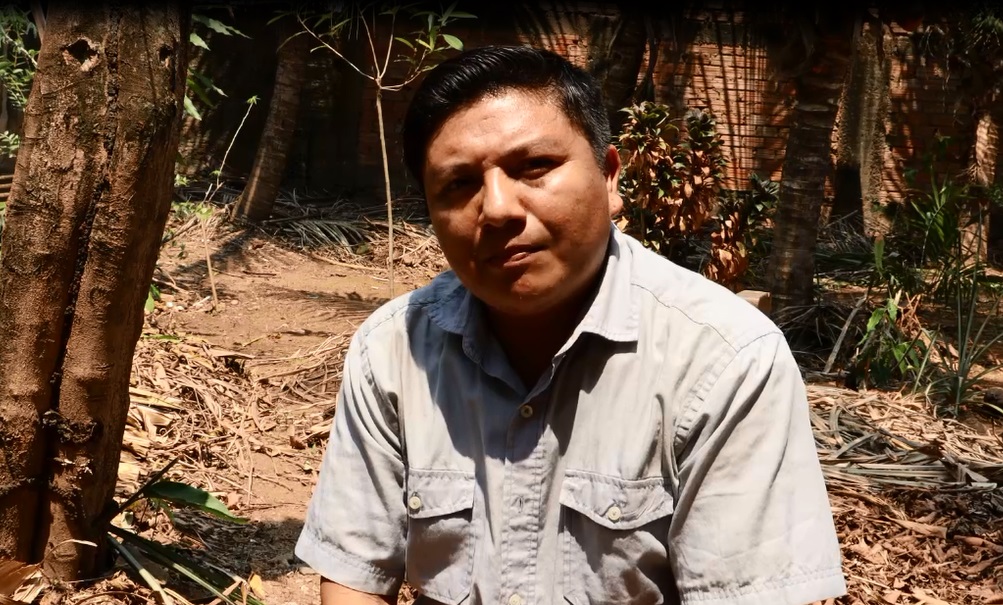 Speaking from the CIMI headquarters in the Porto Velho archdiocese, tribal leader Adriano Karipuna said, “Bolsonaro is opening precedents for appropriating indigenous lands, and for the Karipuna reservation to be invaded by the Agribusiness barons. The Karipuna will resist but we know its going to be very hard.”