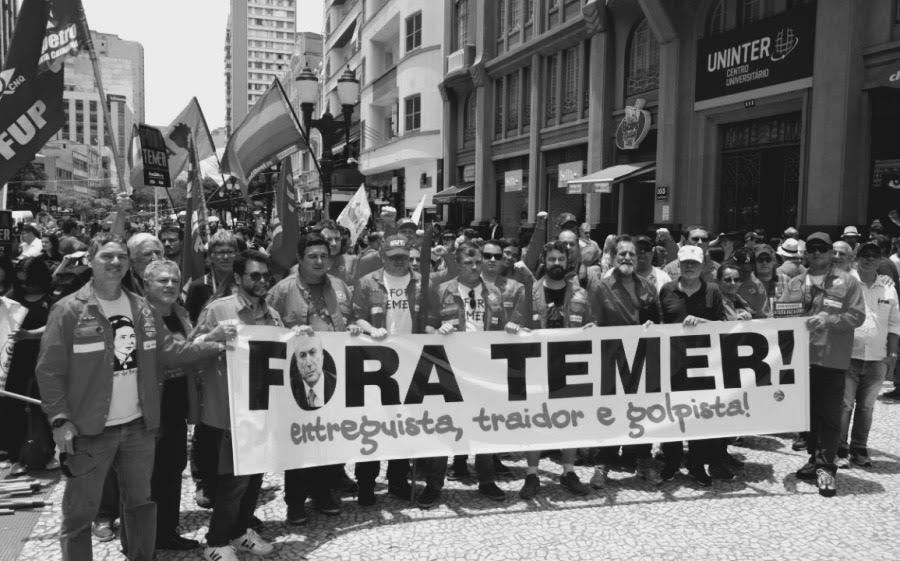 The increases in gasoline, cooking gas and diesel prices can not be treated merely as a tax issue. They are the result of a management problem in Petrobras, which has been operating exclusively to serve market demands.

In October 2016, under endorsement from the Temer government, company president Pedro Parente adopted an international pricing policy for derivatives produced by the state company, without establishing any kind of consumer protection mechanism. The Federação Ùnica dos Petroleiros (Unified Petroleum Workers Federation/FUP) denounced this at the time, saying that the Brazilian people would end up footing the bill and that the Nation was being held hostage to international petroleum crises.

Despite knowing what the consequences would be, Temer and Parente opted to satisfy the market and in July of last year they began to set prices daily. Since then, Petrobras has raised prices at its refineries 230 times. This has resulted in 50% increases in gasoline and diesel prices, and a 60% increase in the price of cooking gas.

Therefore, reducing taxes will not solve the problem if there are no structural changes made in Petrobras management. The fuel prices will continue to rise in an uncontrolled manner as long as the main source of the problem is not addressed.

The international alignment of petroleum derivative prices is part of the strategy to dismantle Petrobras. The goal is to privatize the refineries, pipelines and terminals, as they have already done with the pre-salt offshore reserves, gas pipelines, subsidiaries and dozens of other strategic holdings. To facilitate this delivery, Pedro Parente underutilized the refineries and stimulated the import of petroleum derivatives from private companies.

In 2013, Petrobras had the capacity to meet 90% of the internal demand for fuel. In 2017, the number fell to 76%. Some refineries are already operating at less than half their production capacities, as is the case in the Landulpho Alves refinery in Bahia, which is one of the four that Parente is trying to sell.

The fuel importing companies are the main beneficiaries of this policy and they are having a party. Imported derivatives already represent 24% of the market. In other words, for every 10 liters of gasoline sold in Brazil, 2.4% are imported. Meanwhile, Petrobras is being reduced to a mere petroleum exporter, even though it could fully supply the Nation with diesel, gasoline and cooking gas at prices well below international market rates.

Pedro Parente, who during the early 2000s in the Fernando Henrique Cardoso government was known as the “Blackout Minister” has, once again, created a trap for the people. The increase in imported fuel has made it harder to control prices because without international parity the importers would leave the scene, leaving the damage for Petrobras. If the state company does not return to operate at full capacity in refining and distributing petroleum derivatives we will be held more and more hostage to international prices.

This is why we are facing yet another scarcity crisis caused by Pedro Parente. Petrobras’ dismantlement is being hidden in the media and this is causing the population to think that the explosion in fuel prices is merely a tax issue.

This official communication to the Brazilian people by the Federação Ùnica dos Petroleiros (Unified Petroleum Workers Federation/FUP) was translated by Brasil Wire and can be seen in its original Portuguese here.