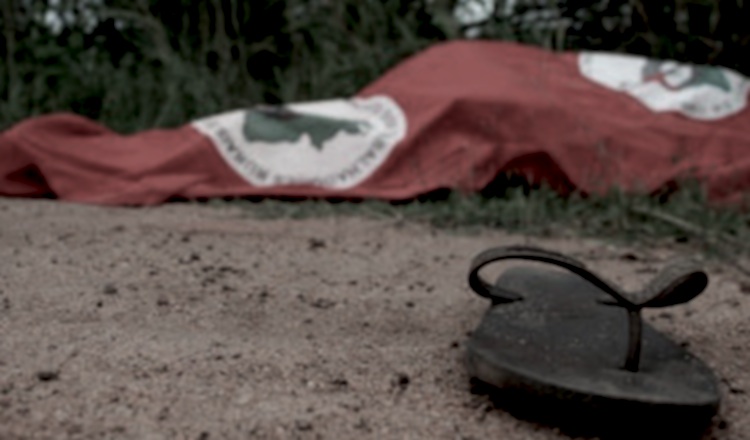 In Post-Coup Brazil, Struggle is a Crime

Since 1984, the MST (Movimento Sem Terra or Landless Rural Workers’ Movement) has voluntarily built 1500 public schools in its agrarian reform settlement villages in the Brasilian countryside. One highlight of this long process was the construction of its Florestan Fernandes National school, which contains a working organic farm and, through partnerships with federal government institutions solidified during the Lula and Dilma governments, provides technical and university level training for peasants from across Brasil and around the world. On November 4, a band of heavily armed military police invaded Florestan Fernandes National School while 200 students were participating in classes. As one yelled, “today is the day to kill or be killed and I don’t want to die”, they fired live ammunition in the air and arrested a 64 year old library assistant who suffers from Parkinson’s disease, breaking one of his ribs and later releasing him without pressing charges. Tiago Rodrigues Santos provides analysis in this article, which originally appeared in portuguese on the MST website.

In these times of the PEC 241(55) austerity bill, this is the message: all who dare to fight against the Temer Government will be harshly repressed.

The 1988 Constitution was — because since the Coup it hasn’t existed anymore- an important civilizatory mark for Brasilian society. The 1988 Federal Constitution was the fruit of social struggle — for health, education, housing, land, etc — and consolidated democracy in its various forms of expression, among them the organization of civil society by social movements. One highlight among these movements has been the MST’s struggle to combat the “sacred right” of private property and for the promotion of a less unequal Brasil. Since the recent implementation of a State of Exception this struggle has become a crime.

This week, police in the states of Mato Grosso do Sul, Paraná and São Paulo — all commanded by the PSDB party — conducted operations against members of the MST (Movimento Sem Terra or Landless Rural Workers’ Movement), arresting some, threatening many others and terrorizing the women and children who were present in those spaces. The images of the invasions of [The MST’s National School] Escola Nacional Florestan Fernandes in São Paulo demonstrate the state of exception that we live in today in Brasil. You can only invade a school that was built with the struggle and dreams of many people when your objective is to criminalize social movements.

A few weeks ago we celebrated the Supreme Court decision that the MST’s militancy — and therefore that of any social movement — can not be interpreted as a crime. But we weren’t even able to commemorate because these police operations mentioned earlier throw the Supreme Court decision to the ground. The 2015 data from the Pastoral Land Commission (Comissão Pastoral da Terra or CPT) shows explicit and frightening numbers on conflicts in the countryside: 50 activists were killed; 59 suffered assassination attempts; 144 received death threats; 80 were imprisoned; 3 were tortured and 187 were physically attacked. What were their crimes? Fighting for the right to land.

In times of the PEC 241 austerity law the message is given: all of the social segments that dare to fight against Temer’s coup government, the dismantling of the state and the annihilation of social rights will be harshly repressed. In Temer’s Brasil, struggling is a crime and it has punishment.