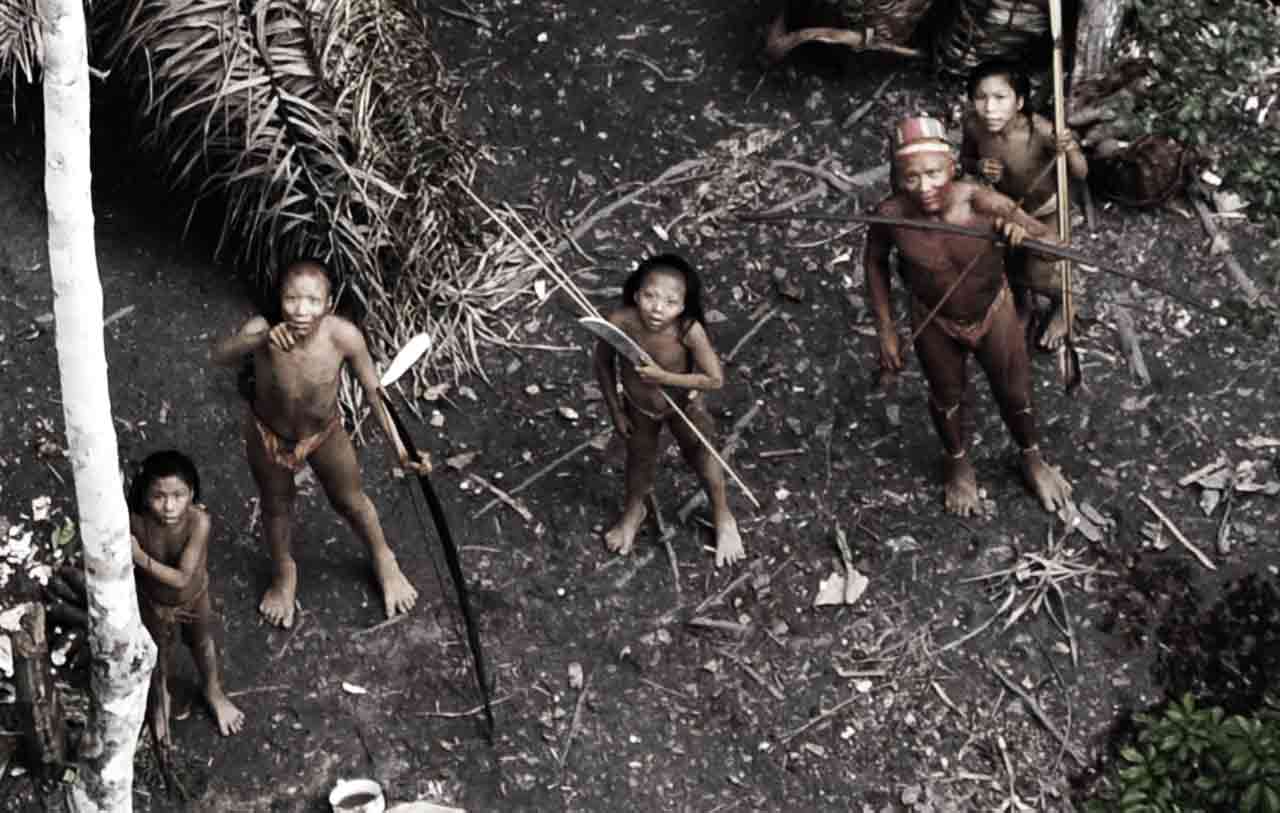 With Brazil’s Coronavirus pandemic dramatically worsening, over 100 indigenous people are reported to have died as a result of Covid-19, and some of of the world’s most vulnerable uncontacted tribes are being targeted by miners and loggers using the Covid-19 pandemic as cover. This is being encouraged by the policy moves of the Jair Bolsonaro government since taking office in January 2019.

In 2017, with the far-right congressman a distant fourth in presidential polls, he gave a speech at the Clube Hebráica of Rio de Janeiro where he stated his intent to open up the region, regardless of the land rights that protected its uncontacted peoples: “Where there is indigenous land, there is wealth beneath.”  the future President insisted.

Statements such as this caught the attention of those seeking access to the Amazon, and Bolsonaro came to power with the enthusiastic support of international agribusiness giants such as Cargill, and mining giants such as Anglo-American, and he has been empowered by Wall Street and the U.S. Government to embark on the accelerated opening of the Amazon to international corporations.

In September 2019, Brazilian Minister for Foreign Affairs Ernesto Araújo met US Secretary of State Mike Pompeo in Washington D.C. and the pair announced a new U.S.-Brazil bilateral agreement to open up the Amazon Rainforest to private sector development. Araújo called the agreement “…the Holy Grail of Brazil’s foreign policy, at least for the private sector”.

The indigenous peoples of the Amazon represent the ultimate obstacle to its exploitation.

Now, in Brazil’s Javari Valley, home to more uncontacted tribes than anywhere else on Earth, gold miners using a large dredge have invaded the Rio Jutaí region, territory of uncontacted Korubo Indians. The Ituna Itata territory, where uncontacted Indians are known to live, is currently being invaded by colonists. It was already the most deforested indigenous territory of 2019. The Uru Eu Wau Wau reserve is being targeted by loggers and farmers. Three uncontacted groups are known to live there. A forest guardian, Ari Uru Eu Wau Wau, was murdered last month.

Gangs of illegal loggers are destroying the forest in the Arariboia indigenous territory in the northeastern Amazon. This forest is home to uncontacted Awá Indians – Earth’s most threatened tribe. The Amazon Guardians are monitoring the invasions in the absence of government action.

These and other indigenous territories in Brazil are being hit by a triple whammy. President Bolsonaro’s government has taken steps to drastically weaken the federal agencies that previously protected tribal lands across the Amazon, thus many of the teams responsible for keeping invaders out of uncontacted tribes’ territories are not operating at full capacity.

Crucially there is a concerted drive by the far-right President to open up tribal territories is encouraging a wave of land invasions.

President Bolsonaro is pushing hard for Congress to approve his Presidential Decree MP910, known as “the land grabbing decree.” It would see large areas of indigenous lands sold off for commercial exploitation. An attempt to get Congress to vote on it this week was blocked, but it is likely to return to Congress next week, in another form.

Alongside many indigenous peoples and organizations, Survival International has lobbied leading politicians in Brazil to block the decree, and participated in Tweetathons targeting members of Congress.

UNIVAJA, the indigenous organization of the Javari Valley, said: “We are living through a time of great anguish because of the coronavirus pandemic. At this sensitive time for our families and all Brazilian society, criminal opportunists persist in invading our territory with the likelihood of encountering uncontacted Indians in the Javari Valley territory.”

Survival’s Research and Advocacy Director Fiona Watson said today: “What’s happening to indigenous peoples in Brazil now constitutes nothing less than an all-out, genocidal assault. Countless tribal lands are being invaded, with the backing of a government which wants to completely destroy the country’s first peoples and makes no attempt to hide it. The next few months are likely to see another devastating wave of fires as the Amazon dry season starts, and the next stages of Bolsonaro’s ‘legislative genocide.’