French politician Jean-Luc Mélenchon, leader of the leftist movement France Insubmissa, has visited former President Luiz Inacio Lula da Silva in Curitiba, where he has been imprisoned since April 7 last year. Alongside former São Paulo Mayor Fernando Haddad, and former Senator Aloizio Mercadante, the former French Presidential candidate announced the creation of a new global resistance movement against so-called Lawfare – the abusive use of the justice system as a weapon against a political enemy.

For Mélenchon, the new European left owes much to Lula’s work in Brazil. He said that the Brazilian is a victim of the political use of justice against the left. “I met Lula and found him after 500 days in prison with the same strength of character. Besides being a politician, he is a human being” he said.

Criticizing the political forces that led to the arrest, Mélenchon recalled that Lula was “convicted of undetermined acts.” “We see justice being used for political processes,” he added. He also attacked Sergio Moro, the Lava Jato judge who condemned Lula. “He condemned Lula without evidence and then sold himself as a minister of an ultra-right government.” Mélenchon said. 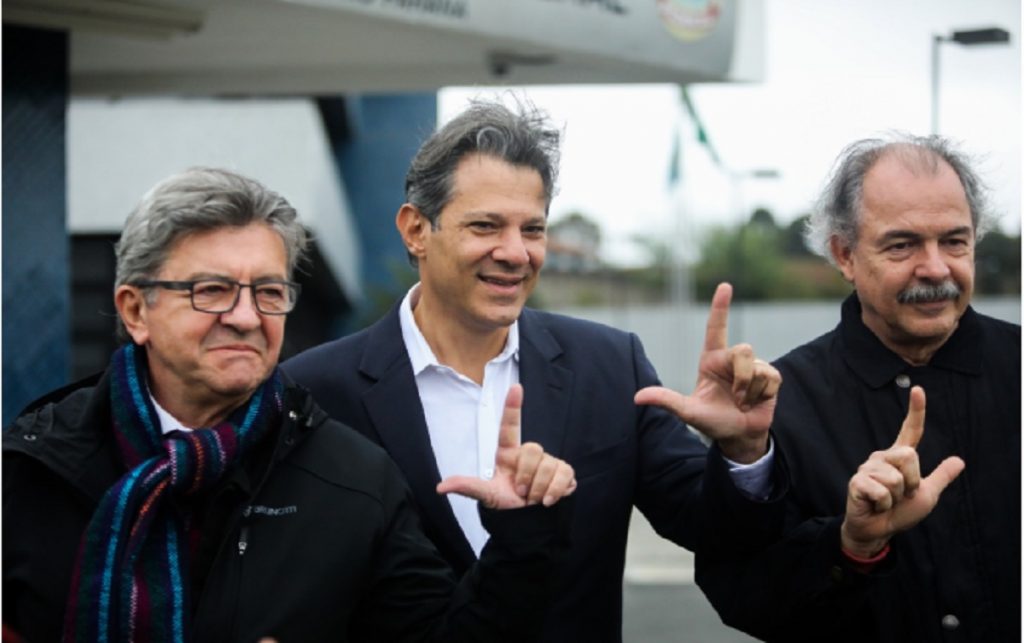 Mélenchon was defeated in France’s last presidential election in 2017 by current President Emmanuel Macron. Even the right-winger Macron has taken a stand against the Bolsonaro government’s environmental disaster.

Before visiting Lula, the French leader was in other Latin American countries. In Argentina, he met with the leaders intending to vote for the next election, progressives Alberto Fernández and Cristina Fernandez Kirchner. In Uruguay, he met with former president José Pepe Mujica. Earlier in Mexico, it was received by President López Obrador.

For the former French candidate, there is a similarity between legal processes that face progressive leaders around the world. He himself is being sued in France for alleged misuse of money from the European Parliament in his presidential campaign. “Lula is the best known victim of these processes. Cristina is going through the same situation. It has become a political method of getting rid of the left worldwide.”