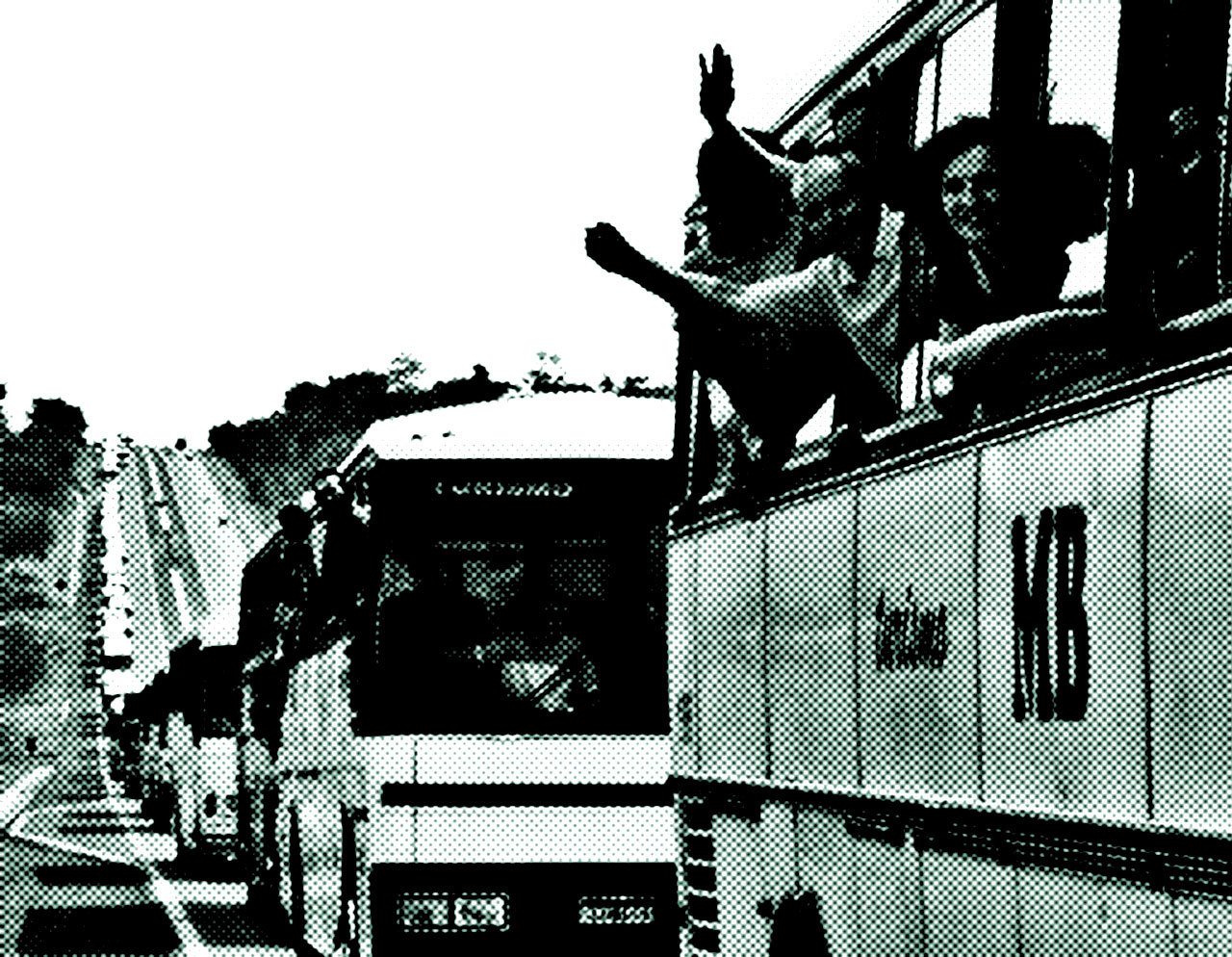 May Day 2018: All roads lead to Curitiba

April 30, 2018. Hundreds of buses have already arrived in Curitiba and hundreds more are traveling in caravans on route to this Southern Brazilian city of 3 million, where ex-President Luiz Inacio Lula da Silva has been held as a political prisoner for three weeks, for what promises to be the largest May Day protest the city has seen in decades. For the first time in history, Brazil’s 7 largest labor union federations, representing 17 million workers, are uniting in a single protest under the same demands: undo the austerity reforms and free Lula. The unions will be joined by the two broad based popular fronts which were formed to fight the coup, The Frente Brasil Popular (Brazilian Peoples Front) and the Povo Sem Medo (People without Fear), and popular social movements including the MST, UNMP, MNLM, MTST, CMP, and Conam- together, representing some 2 million peasant farmers and slum dwellers from 26 Brazilian states. Also present, will be representatives of the Broad Front in Defense Democracy and Sovereignty, a parliamentary coalition formed on April 20 by the 5 largest center-left and left wing political parties in Brazil to work to guarantee Lula’s freedom and right to run for president: the PT, PDT, PSB, PcdoB and PSOL. Together with the academics and professional organizations which support them, this block of social movements, unions and political parties in Brazil is commonly referred to as the “organized left” and is more united that it has been in decades. In addition to Brazilian left, union representatives and human rights activists are coming in from around the world to participate in the May Day protest in Curitiba, and Free Lula banners will be flying at May Day protests around the World, as the largest labor unions and union federations, from the AFL-CIO to COSATU, demand the release of Lula.

The activities will start in the morning the Lula Livre Democratic Vigil camp, in front of the gates of the Federal Police Headquarters Building where Lula has been maintained in solitary confinement and where thousands of people have been camping out since the night he was arrested. Protesters from across Brazil and around the World will join in the traditional “Good Morning Lula” yell (which the ex-President says he can hear from his cell), and then march downtown, to the Praça Santos Andrade, where the event will officially kick of at 2 PM.

The May Day protest in Curitiba promises to be the largest one in decades, but it is only one of 31 Free Lula street protests that will take place across Brazil. The following is a partial list of states and cities in which Anti-Austerity and Free Lula protests will take place tomorrow: