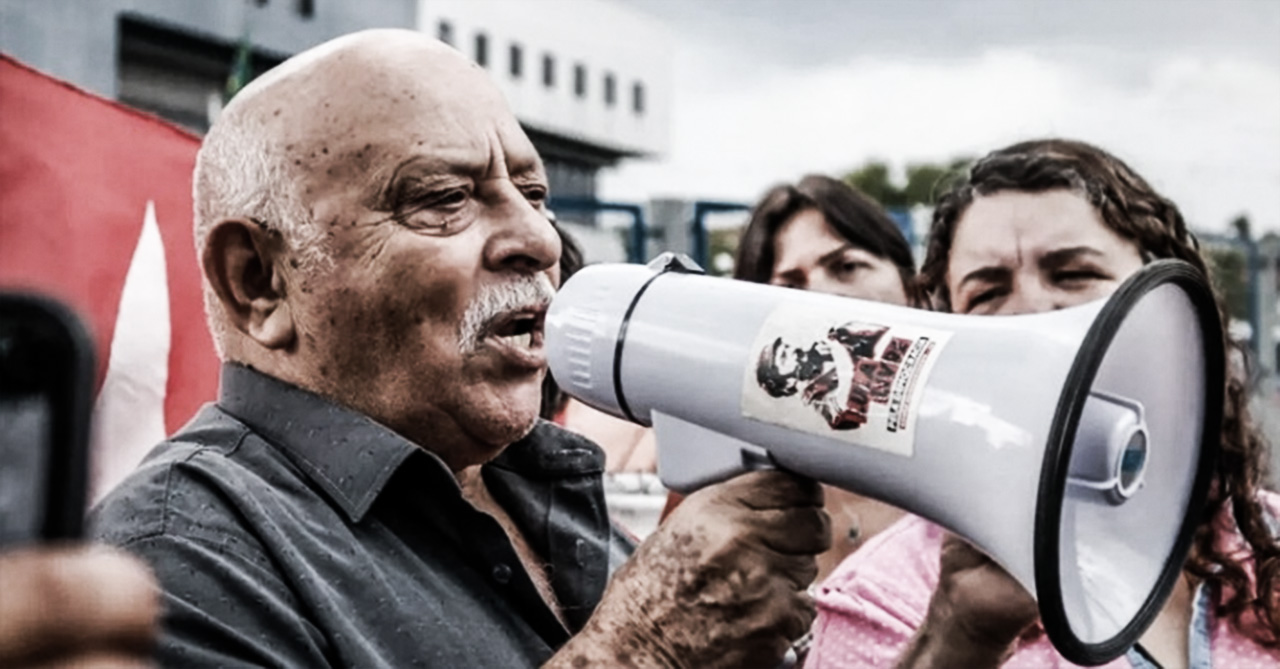 Frei Chico, the brother of Brazil’s former president Luiz Inácio Lula da Silva, shares a personal account of Lula’s early political formation, his history in the trade union movement, achievements in government, and the class struggle he overcame to get there.

We, the Silva family, are one of thousands who were born in one of the poverty pockets in Brazil.  We are from northeastern Brazil, from Pernambuco.  In the 1950s, we migrated to São Paulo with the aim of surviving, having water, food and a job. We first arrived in Santos, where my brothers and I started to work.  We sold peanuts, things on boats in Itapema. Then we moved to the capital of São Paulo, where we got registered employment and also specialized, and thus we became metallurgists.

As a worker, I soon became interested in the trade union movement, finding opportunities to fight for the right to water, to go to the bathroom, and a decent wage.  It is important to say that we were fighting for what workers today think are the basics, but it was not so long ago. After the 1964 coup, I went to fight in the unions, mainly in search of knowledge and information about the struggle of workers around the world.

In this scenario, a few years later, I decided to convince my brother, Luiz Inácio Lula da Silva, to participate in trade union life.  Some say that I introduced him to the union movement, but in fact I wanted him, as a worker, to understand what a class struggle was, the exploitation of man by man and to see it in terms of a global plan, of advances, setbacks and resistance that happened not only in Brazil.  And it goes without saying that we had great censorship at this time, the information we received was clandestine, mainly from the Brazilian Communist Party, the Partidão (PCB), in which I was an activist shortly afterwards.

Lula did not accept being part of anything clandestine. But it did not take long for him to understand that within legality it was difficult to fight at that time, but he went ahead.  With great insistence, we managed to get him to participate in one of the largest trade unions in South America at that time, the ABC Metalworkers Union. Lula found his space of resistance and, like a jewel, he was being polished into his best political form.

Lula did not surround himself with communists, but with progressive people, linked to the Catholic Church, who helped him in the struggle of the Brazilian working class during the military dictatorship.  But Lula always spoke to all the tendencies of the workers’ movement.  Today I see that Lula was correct not to be subject to the organic line of the parties, because he would never reach where he arrived, he would not have the freedom to act in the trade union struggle, in the confrontations with the Brazilian dictatorship.  Lula went a long way with the trade union movement.

After all these years, we have gained knowledge of many confrontations, of labor conquests, of social conquests and of the economic crises that are born within the capitalist system and that the imperialist countries take advantage to improve and / or increase their domination.  Unfortunately, some people on the Brazilian left, and Lula himself, took a long time to understand what the process of imperialist domination is, ranging from culture, as a tool of manipulation, to our greatest wealth.

Brazil is a rich country. We have ore, oil, and the imperialists would not let the Brazilians rule it all.  For the ruling class of the world, we always need to supply the raw material or labor force in the cheapest way possible.  I believe that this process of domination was only clear to Lula and to the Brazilian left with the impeachment of President Dilma Rousseff, and Lava Jato’s persecution of Lula.

The prejudice of the Brazilian elite toward the growth of the least favored classes, which Lula identifies with, would become more and more clear. The elite realized that Lula’s social programs would bring about a generation of people educated to understand the domination of rich countries, the domination and exploitation of what is theirs as a citizen, and as a worker.

All of this had to happen: an impeachment, a prison, legal and political persecution, to make it clear to the Brazilian left that we are going through a constant process of class struggle, and that the elite does not want to lose its dominion over nations.

And Lula is an obstacle for them, the struggle to bring him or the left back to power is very difficult and requires many sacrifices.  But we need to define our biggest enemies, the media, the conservative churches, the great misinformation among workers.

Today I see that my communist vision was right, that the imperialist countries will continue to dominate if we do not organize.  And that it becomes more dangerous in times of crisis, moments when they feel threatened. That pockets of poverty will continue or grow in the capitalist system.  Seeing this domain was one of the greatest victories of my life and taking information to my friends, relatives and colleagues was a life goal.

Get informed.  Lula is innocent.  Brazil is a wealthy country.  And the biggest struggle is the class struggle.

My name is Frei Chico, I am 78 years old.  I am a retired metallurgist and made my life in the trade union struggle.