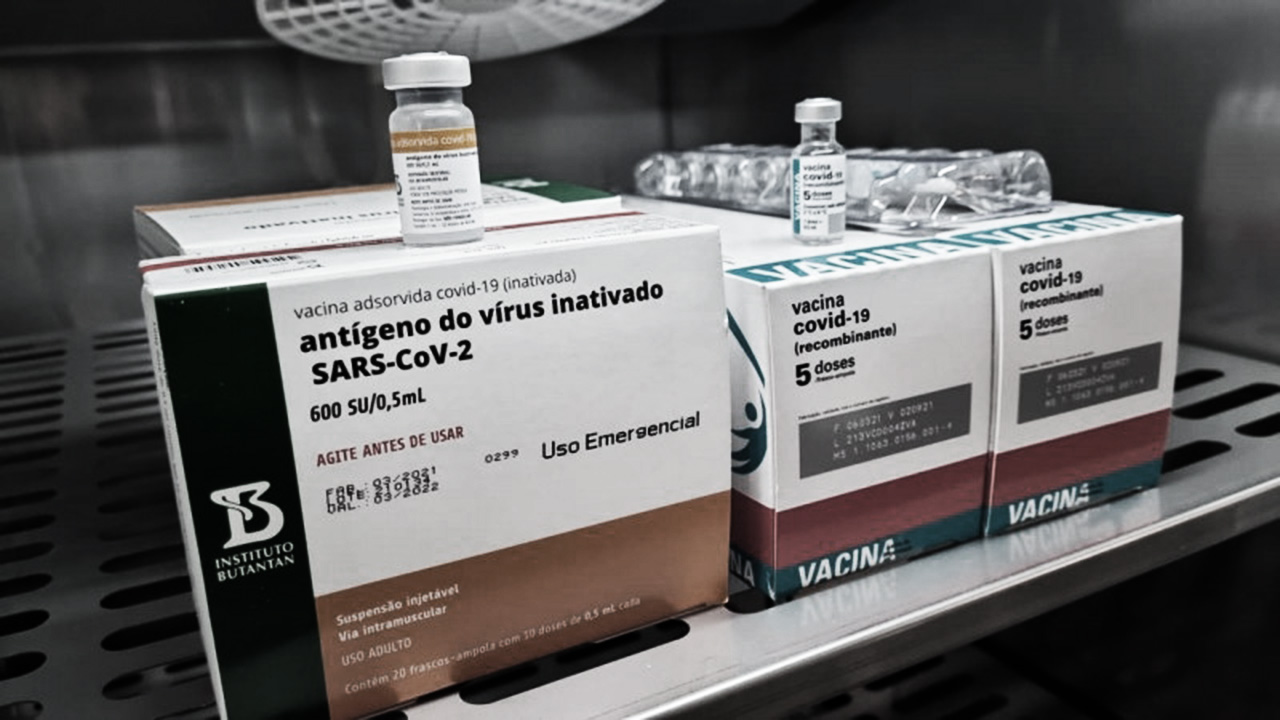 The Oswaldo Cruz Foundation (Fiocruz) interrupted its production of the Oxford/AstraZeneca vaccine due to lack of Active Pharmaceutical Ingredient (IFA).

The institute says that a shipment of IFA should arrive tomorrow (22/05). AstraZeneca and CoronaVac are the only two vaccines of the Ministry of Health’s National Immunization Program (PNI), that are produced in Brazil. The Pfizer vaccine is imported from the United States.

Fiocruz should deliver another 5.3 million doses of the Covid-19 vaccine. With this shipment, the foundation will hit the mark of 40 million doses delivered.

Last week, the Butantan Institute also had to completely suspend the production of the CoronaVac vaccine due to lack of IFAs.

The institute is awaiting the release by the Chinese government of 10,000 litres of IFA, equivalent to 18 million doses, in order to resume production. Currently, the foundation’s production capacity reaches about 1 million doses per day. According to a statement from the institute, there is still no forecast that the temporary interruption may impact future deliveries.

In his latest attack on China, Bolsonaro suggested that the country would have benefited economically from the pandemic and said that the covid may have been created in a laboratory – echoing a hypothesis that is not supported by any investigation from the World Health Organization (WHO) on the possible origins of the virus.

Nine days after Jair Bolsonaro attacked China, raising suspicions that the country used the coronavirus as a “biological warfare”, the Butantan Institute halted the production of the main vaccine in use in the country, because of the lack of IFA supplies from China.

It is not the first time that Chinese IFA’s have been blocked because of attacks by the president and his family on the Asian country, which is the main producer of CoronaVac’s IFA and Brazil’s largest trading partner. But yesterday (20/05) China’s ambassador to Brazil, Yang Wanming, announced on social media the release of new IFAs for the production of vaccines against covid-19 by the Butantan Institute and Fiocruz. Wanming attended a meeting of the Governors’ Forum to discuss the release of these raw materials required for Brazil to manufacture the vaccines.

After four months since the start of the vaccination against Covid-19 in Brazil, only 39% of the elderly over 60 years of age were vaccinated with two doses of any vaccine in Brazil