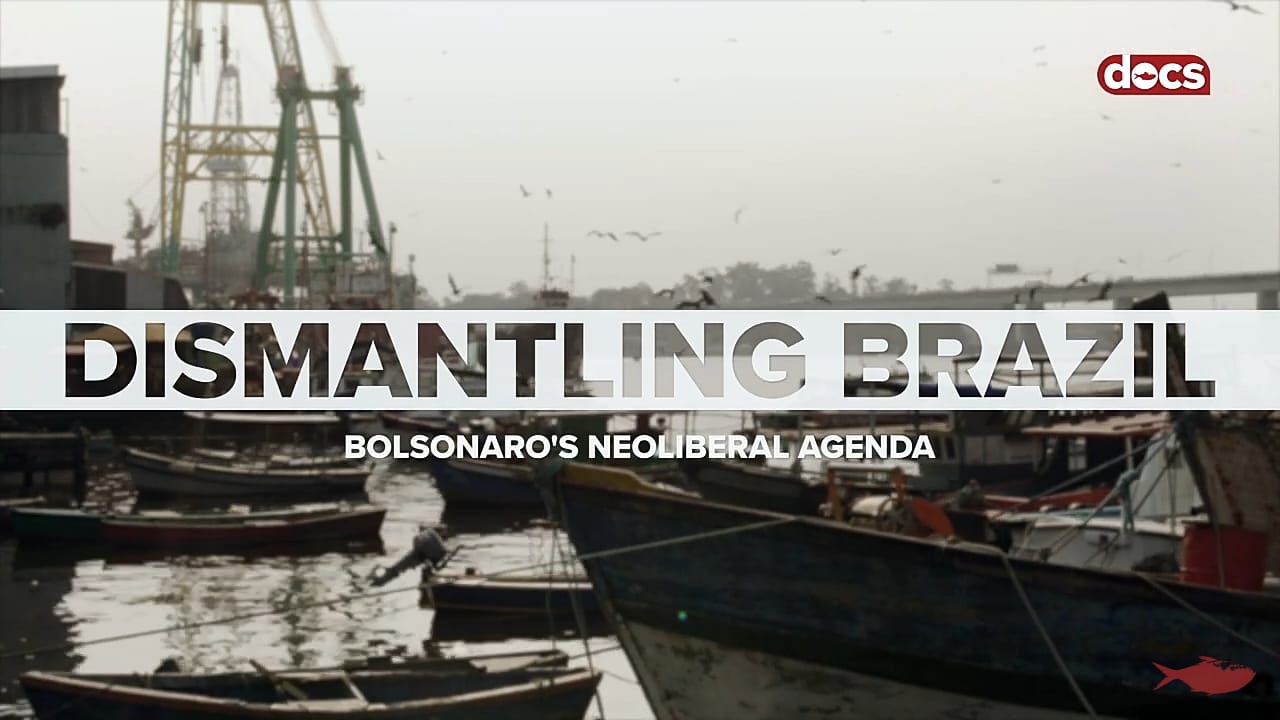 In an interview for a new documentary, former Brazil president Lula explains how the United States government and corporations benefited from anti-corruption operation Lava Jato, while damaging the sovereignty of Brazil and lives of ordinary Brazilians.

The following is an excerpt from Lula’s interview with Brian Mier.

Brian Mier: Why do you think that, in partnership with the Lava Jato investigation task force, the US government got involved in the 2016 coup against Dilma Rousseff and your 2018 political imprisonment?

Lula: First of all, the US was worried about a certain independence of ours, of a certain kind of alliance with China, of a certain alliance with India, of a certain alliance with Russia – I think this worried them. It has now been proven that the Lava Jato investigation brought great benefits to the United States and great damage to the Brazilian people. It destroyed our natural gas and oil industries, it nearly destroyed our ship building industry, it nearly destroyed the Brazilian engineering industry, which competed with companies from all over the World on big construction projects, and they have started dismantling Petrobras state petroleum company.

It’s also now been proven by the leaked information revealed in the Intercept and by videos we have obtained of public prosecutors from the US DOJ, that the Americans didn’t want Brazil to continue having engineering companies working in countries around the world. It didn’t want us to continue with the second most important Petroleum company in the world with its exceptional offshore reserves, and with a ship building industry that enabled Brazil to stop importing ships from places like Singapore, Korea and China.

Lava Jato caused a 3% drop in GDP growth, it stopped us from generating 3 million new jobs in Brazil and it caused R$50 billion in lost wages. If you add this all up it shows that it destroyed more than it helped in this country.

How did it damage the economy?

You can fight corruption in any country in the world and you can punish Odebrecht or any other company by punishing the company directors without hurting the workers, without damaging the projects you are auditing that this company is working on. You can redo the contracts if necessary but by breaking up the company, you hurt the chances of national economic growth.

I am certain, therefore, that Lava Jato will go down in history as an investigation that served the interests of the United States, against our national sovereignty.

How is the Covid 19 pandemic changing Brazil?

Coronavirus is showing that we need a strong State. A strong state will take care of public health. A strong state will think about development. A strong state will decide what areas in the country should grow and develop. And this is only possible when a state has national sovereignty over its territory, sovereignty over its wealth, and total sovereignty over the goods produced in the country. We don’t have this. Unfortunately, we are losing it. Brazil has a president who salutes the American Flag. I am not asking Bolsonaro to be rude to the United States, I’m asking him to respect the Brazilian people. I’m asking him to respect this country. If he wants to salute something, salute the Brazilian people. Salute the Brazilian flag, not the American flag.

How have things changed since you left office in 2010?

I dreamed that we were building a fairer world with more solidarity – a more humanized world. Now I see that we are losing. Humans are no longer human. They are becoming algorithms. Instead of the people using the internet, the internet is using the people.

I am 74 but I I have the energy of a 30 year old. I have a lot of energy to fight. And I will fight because we need democracy in Brazil, in Latin America and in the whole world.