A new video shows the Lava Jato task-force forging a plea bargain testimony to help one side in a private sector legal battle, in order to harass defense firms that represented clients they were prosecuting

After over 45 years in charge of the Brazilian National Commerce Confederation (Confederação Nacional do Comércio/CNC), Antonio Oliveira Santos discovered a way to defeat a rival who wanted to take his place leading the organization – Rio de Janeiro State Commerce Federation (Fecomércio-RJ) president Orlando Diniz. To get the edge over his rival, he incorporated the Curitiba Lava Jato task-force onto his team.

The legal battle between these two businessmen dragged out for 8 years and mobilized over 100 law firms. With an annual budget of around R$1 billion, it initially took time for Fecomércio to start fighting the CNC, which has an annual budget of over R$10 billion. But when the CNC and its associates joined Lava Jato’s “10 measures against corruption” campaign, the game changed.

The CNC network began sponsoring speeches by Sergio Moro and the Lava Jato public prosecutors, without engaging in any kind of public licitation process – its right since it is a private organization. In addition to Orlando Diniz, the CNC had another treasure that was even more coveted by the Dallagnol and Moro: law firms that they hated for representing defendants who were charged in the Lava Jato investigation.

Orlando Diniz had already been jailed twice for embezzlement, but the Lava Jato task-force really wanted to go after defense lawyers. Diniz negotiated his coerced plea bargain testimony with Lava Jato for over two years. He only closed the deal, according to an article in Época magazine, after he agreed to make accusations against lawyers. In exchange for his testimony, Diniz was released from prison and allowed to retain $250,000 US in illicit assets deposited in foreign bank accounts, according to the Rio de Janeiro state public prosecutors office.

At first, Diniz was used to attack Ministers in the Superior Justice Court and the Federal Auditing Court, under the allegation that some of their family members had worked as lawyers for the CNC. This trick did not work because none of the Ministers targeted participated in any decisions related to the case. In the end, his testimony was considered worthless by the Federal Attorney General’s office.

What happened next almost seems like a parody by the Porto dos Fundos comedy troop. A video made by the Attorney General’s Office shows prosecutor Renata Baptista and her colleagues rewriting Diniz’s plea bargain testimony , putting words in his mouth like a ventriloquist dummy. With this, the testimony that was deemed worthless in Brasilia was reformulated in Rio de Janeiro. 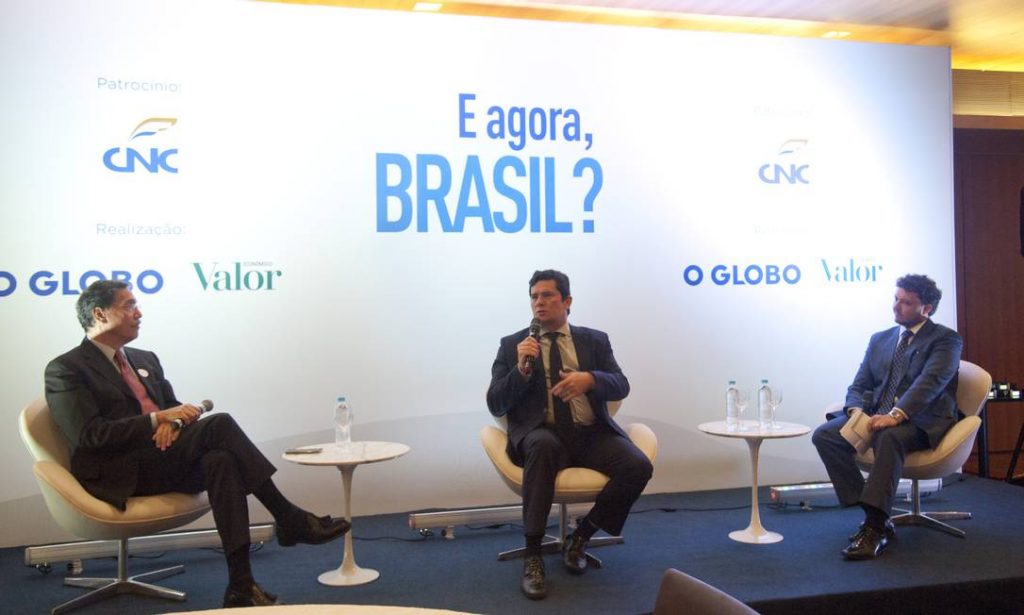 The case is full of these types of peculiarities. Jurisdiction over the case falls to the RJ state court system and, according to the guidelines of the Superior Justice Court and the Supreme Court, neither the CNC, Fecomércio or the institutions such as SESC which they operate are legally classified as public institutions. The prosecutors, who had therefore legally used the CNC system to give paid speeches in states like Rio Grande do Sul, tried to argue the contrary when it came to harassing defense lawyers.

The main target of the Lava Jato task-force was always the former President’s defense team. In one case, the task-force accused 26 people of embezzling public funds by “receiving payments for legal fees without performing the tasks they were hired for.” In reality, these were not public funds. In the case of former President Lula’s Defense team‘s office of Teixeira Zanin Martins, the Brazilian Income Tax Department testified it had provided “vast” delivery of services – but other law offices that were accused had not been hired or received any payment from Fecomércio.

In addition to the illegal wire tapping and frivolous charges like those in Rio de Janeiro, Lava Jato prosecutors adopted the practice of working with banks to shut down lawyers’ bank accounts and weaken the defense. With help from Judge Marcelo Bretas – who took orders from Curitiba – the prosecutors froze bank accounts and assets of 50 defense lawyers‘ offices.

Above and beyond this, they seized clients’ documents that were totally unrelated to the cases they were investigating. There are also reports of harassment of lawyers’ clients – almost a death sentence for any service provider.

Judge Bretas froze exorbitant quantities of assets. The math that he applied to the cases was as outrageous as the legal arguments of the prosecutors. In an investigation of a supposed embezzlement of R$151 million, assets froze by the judge exceeded R$1 billion, regardless of whether any payments had taken place or not. He justified the values frozen and confiscated as “collective punitive damages'” which, according to the second working group of the Brazilian Supreme Court, can’t be applied in criminal cases.

In addition to committing abuse of authority for invading law offices and residences with generic mandates, the so-called Lava Jato team appears to have violated the law by working for the interests of one side of a private legal dispute involving the National Commerce Confederation, as it was paying them handsomely for speaking engagements.

This article originally ran in Conjur and was translated and edited by Brian Mier. It can be read in its original Portuguese here.